SAML, therefore, is the link between the authentication of a user’s identity and the authorisation to use a service. It’s the language that helps IdPs and SPs communicate. When an employer (the IdP) and a SaaS company (the SP) both implement SAML, they are able to seamlessly authenticate accredited users.

SAML completely changes how users sign in to services or websites, and is intended to simplify federated authentication and authorisation processes for all parties: identity providers, services providers, and end users.

Instead of requesting credentials such as a username and password for every login attempt, SAML can help verify that a user is who they say they are and confirm permission levels to either grant or deny access. In addition, SAML allows identity providers and service providers to exist separately, which helps organisations to centralise user management—and provide access to various software solutions.

SAML is most frequently used to enable single sign-on (SSO), which authenticates accredited users between an identity provider and a service provider. Organisations that deploy SAML-configured applications, for example, can enable their employees to use just one set of credentials to log in to a single dashboard that gives them direct access to all of their productivity and communication tools. 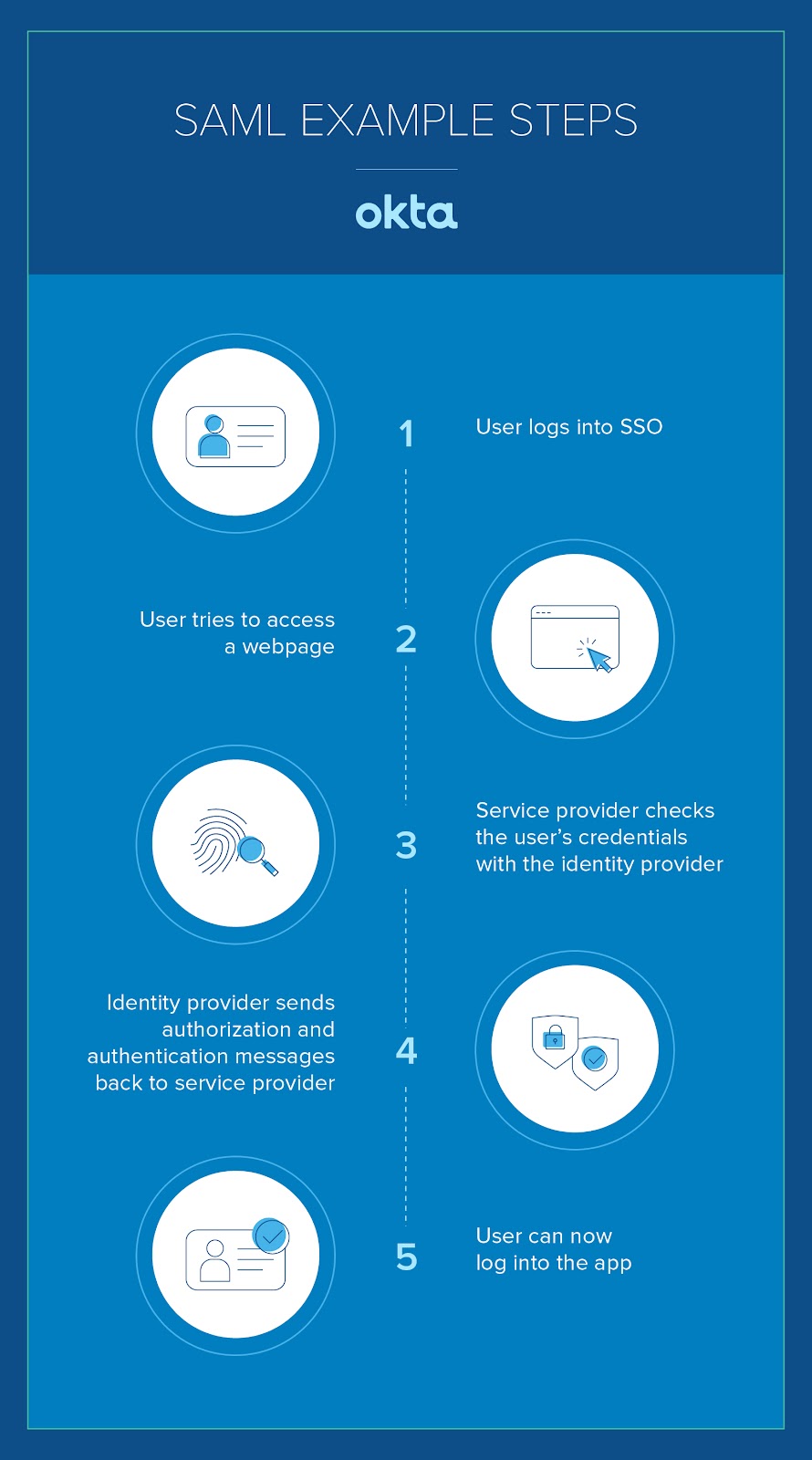 SAML provides a single point of authentication at a secure identity provider, which then transfers the user’s identity information to service providers. This ensures that credentials are only sent directly, minimising opportunities for phishing or identity theft.

To get a better picture of how SAML can benefit organisations and employees, check out the following resources: