Get ready! This year, we’re visiting Singapore. Come together with your peers for an Okta watch party where we will be live-streaming the live event in full.

Our partners at Exclusive Networks have arranged an incredible day at the prestigious Pullman, Jakarta and Centara Grand & Convention Centre, Bangkok.

Here, you'll be able to connect with thought leaders, get advice from Okta employees, hear first-hand success stories, and be inspired by customers and partners who put identity first. Register soon because space is limited.

Think about your identity and the future of your business at Okta City Tour Singapore.

Nowadays, identity is entering a new phase .In the era, from "digital transformation (DX)" aiming at the transition to digital, to " digital first " premised on digital. As all businesses shift to AI (artificial intelligence) automation and hybrid clouds, the ideal form of employee and customer identities is changing.

At the Okta City Tour Singapore Watch Party, we will introduce the voices of industry leaders and customers who actually use Okta in fields such as IT, security, and identity management, and approach the true value of identity in the digital age.

We know that this is a busy occasion, but we look forward to your participation 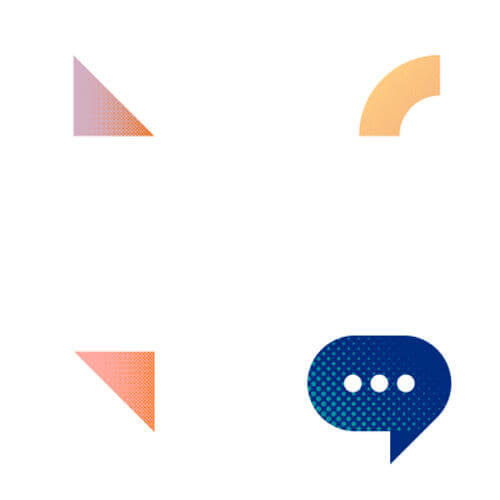 The voice of our customers

What kind of innovation is required in a new era? Hear from our keynote speaker Dr. Ayesha Khanna 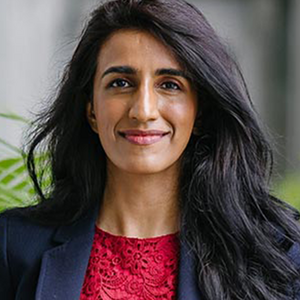 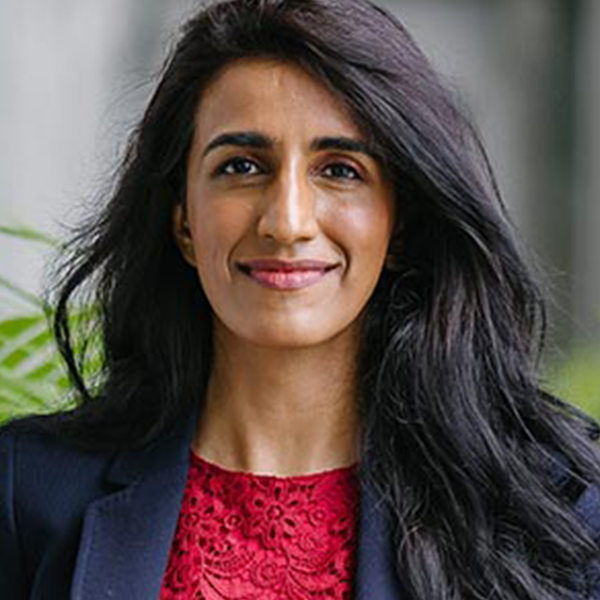 Dr. Ayesha Khanna is Co-Founder and CEO of Addo, an artificial intelligence (AI) solutions firm headquartered in California. She has been a strategic advisor on artificial intelligence, smart cities and fintech to leading corporations and governments. Ayesha serves on the Board of Infocomm Media Development Authority (IMDA), the Singapore government's agency that develops and regulates its world-class technology sector to drive the country's digital economy and power its Smart Nation vision. Ayesha is also a member of the World Economic Forum's Global Future Councils, a community of international experts who provide thought leadership on the impact and governance of emerging technologies like artificial intelligence.

Ayesha is an active advisor and board member to companies and smart city projects.  Ayesha serves on the board of AVEVA Group, a British multinational technology firm that is a global leader in industrial software. AVEVA is the largest technology company listed on the London Stock Exchange and is a constituent of the FTSE 100 Index. She also serves on the board of NEOM Tech and Digital Holding Company, which is responsible for formulating the vision and delivery of the technology infrastructure (which includes AI, robotics, blockchain, and virtual reality) for NEOM, the $500billion smart city under development in Saudi Arabia. Ayesha also serves on the global Scientific Advisory Board of L’Oreal, the world's largest cosmetics company, where she advises on the future of new technologies, disruptive innovations and changing consumer preferences.

In 2014, Ayesha served as a member of the Singapore’s Ministry of Education’s steering committee that resulted in Skills Future, an innovative national program that aligns education with economic demand, career guidance and lifelong learning to prepare citizens for the fourth industrial revolution.  She serves on the Board of Ngee Ann Polytechnic, a leading polytechnic in Singapore with 44 full-time programs through 9 academic schools and a student population of almost 15,000.

Ayesha is the Founder of 21C GIRLS (21st Century Girls), a charity that delivers free coding and artificial intelligence classes to girls in Singapore. Programs include Code in the Community, a program sponsored by Google and that has taught thousands of children (8 - 14yrs) coding, and Empower, which has partnered with Ngee Ann Polytechnic to teach girls (18 - 24yrs) the basics of artificial intelligence.   Ayesha is also the Founder of Squad, a global collective for women who want to learn, build and invest in crypto, web3 and NFTs.

Ayesha serves on the Board of Sport Singapore, the lead government agency tasked with developing a holistic sports culture for the nation.

Prior to founding ADDO AI, Ayesha spent more than a decade on Wall Street developing large scale trading, risk management and data analytics systems. Ayesha was co-founder of the Hybrid Reality Institute, a research and advisory group established to analyze the social and economic impact of accelerating technologies.

Ayesha is author of Straight Through Processing (2008) and co-author of Hybrid Reality: Thriving in the Emerging Human-Technology Civilization (2012). She has been published and quoted on technology, innovation and smart cities in The New York Times, BusinessWeek, TIME, Newsweek, Forbes, Harvard Business Review, Strategy+Business, and Foreign Policy.  She has presented at major financial, technology and other industry conferences, provided high level government briefings, chaired symposiums such as AI Asia, and spoken at TEDx events.

Ayesha has a BA (honors) in Economics from Harvard University, an MS in Operations Research from Columbia University and a PhD in Information Systems (focused on digital innovation in smart cities) from the London School of Economics. 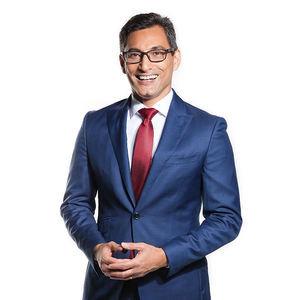 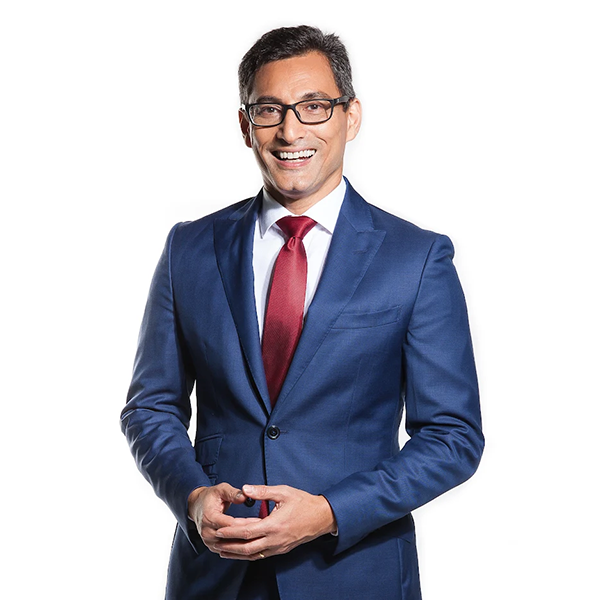 Lance returns to radio after starting his career with 987FM close to 30 years ago. He then moved to television to present the first ever morning show, AM Singapore. His love for sport would see him producing, reporting and presenting programmes related to major events such as the FIFA World Cup, the Olympics, Formula 1 and the Asian Games. He then returned to CNA’s then morning show, First Look Asia, before going full circle in broadcasting and returning to radio, his first love.

Over the years, Lance has had the chance to speak to some of the biggest names in politics, business, sports and entertainment including Jacinda Ardern, Reed Hastings, Cesar Millan, Janet Jackson, Sting, James Taylor, Jackie Chan, Patrick Stewart, James Marsden, Lewis Hamilton and Chad Le Clos 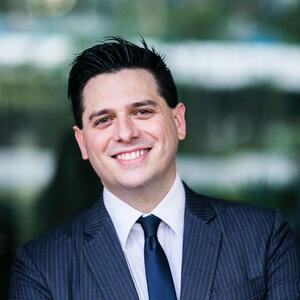 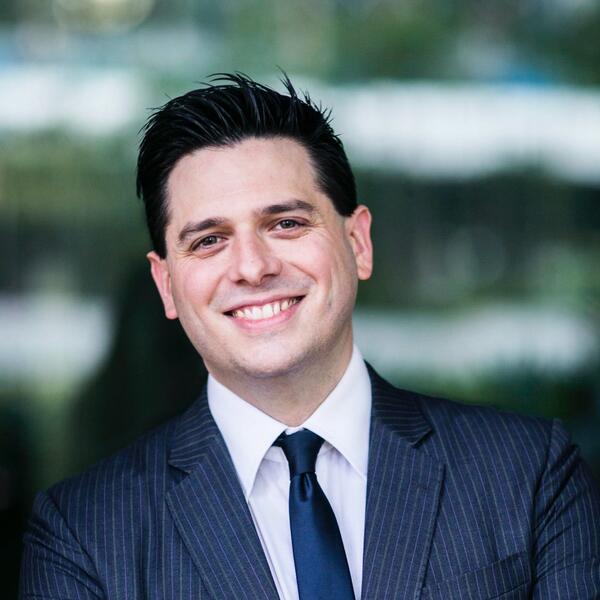 Ned Lowe is the Head of Engineering at Singlife with Aviva, where he oversees the direction and strategy for Singlife’s application tech stack.  He was the Chief Technology Officer of Singlife prior to the Aviva Singapore merger.

Before Singlife, Ned began his career in the banking sector at Bank of America Merrill Lynch. After spending 12 years working in equity and fixed income trading technology, he was bitten by the startup bug and moved into

FinTech, setting up his own SaaS firm, Argomi. Ned then joined Amazon Web Services to help financial institutions with their digital transformation strategy.

Ned has a burning passion for technology — he picked up coding at the age of 8 and had always envisioned himself being a chip designer as he studied for his Masters of Engineering at Imperial College London. When not opining on technology to people, he is usually found running up and down mountains – not an easy endeavour where he lives in Singapore. 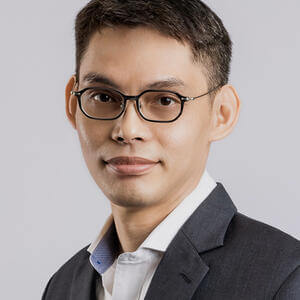 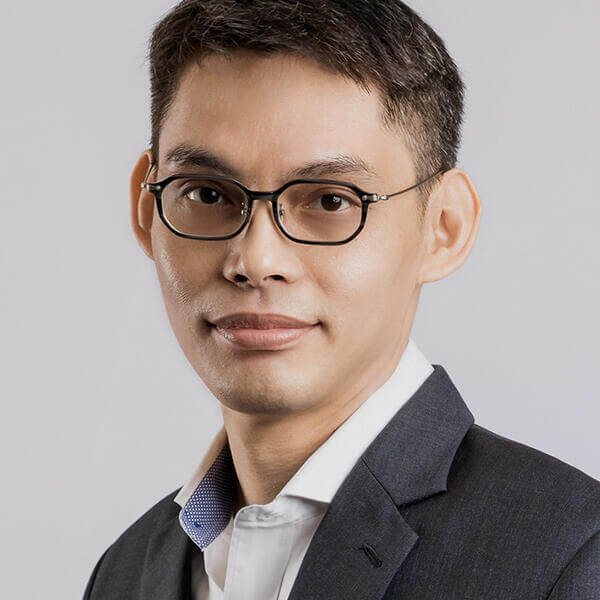 Jensen has been with SPH Media since 2019 and currently leads the engineering teams covering all the Publication Websites and Mobiles Apps like Straits Times, Business Times and Lianhe Zaobao. 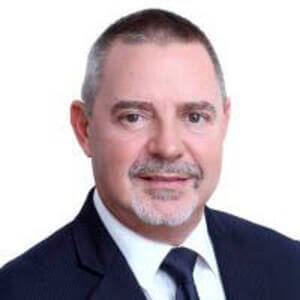 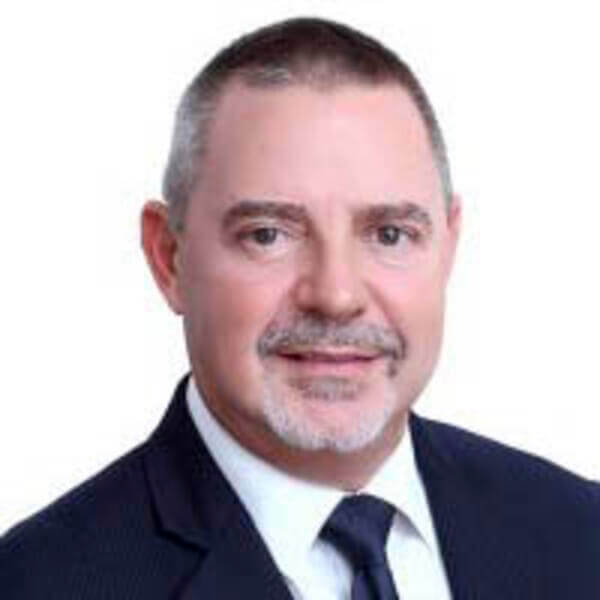 Simon Piff is Vice President for IDC's Asia/Pacific region based in Singapore. He advises both technology and business leaders, as well as IT suppliers on Digital Transformation, the CIO Agenda and Digital Trust, as they relate to the ability of organisations to gain improved returns on their IT investments around hybrid cloud infrastructure, mobile productivity, the value of analytics and Artificial Intelligence (AI).

With a broad background across enterprise IT due to his experience over the years, from building an online business in Hong Kong in the 90's, to consulting in the early days of the internet (including designing ISP and intranet infrastructure) for Digital Equipment Corporation. His years with Microsoft, whilst focused around Business Intelligence, exposed him to a range of application development, infrastructure and end user challenges and issues. At IDC, his portfolio has encompassed data management, hybrid multi-cloud architecture and more recently the coverage of blockchain technology and security has allowed him to focus on business issues and C-Suite needs and how these can support Digital Transformation initiatives. 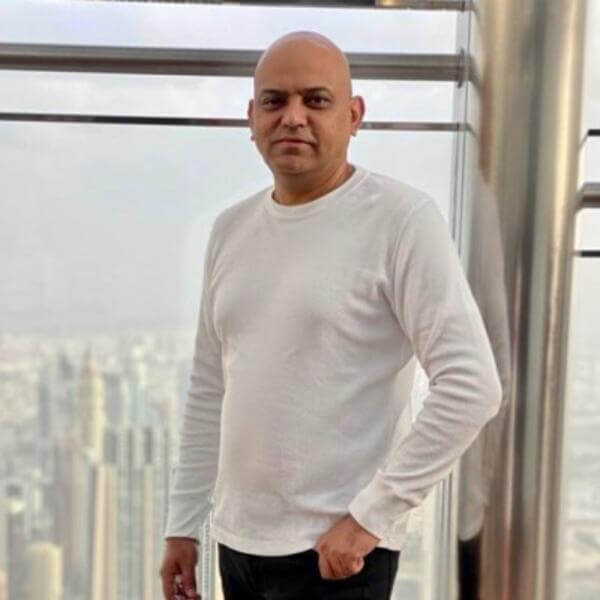 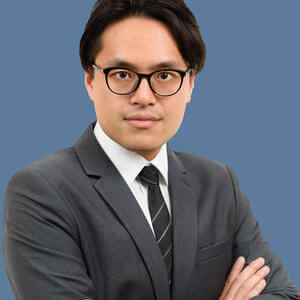 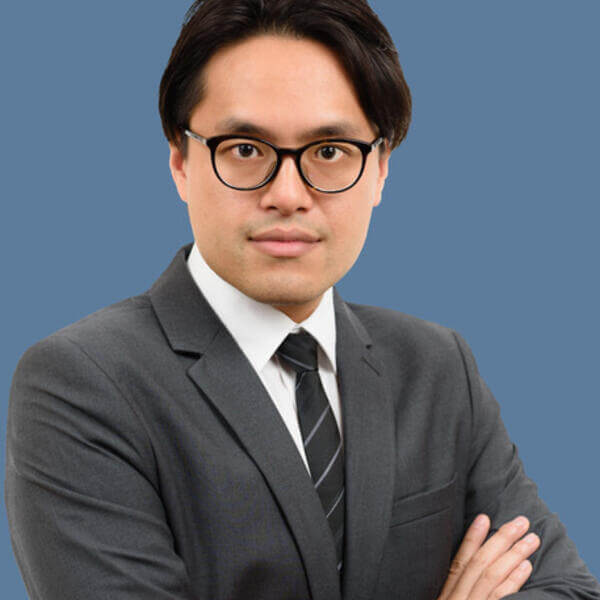 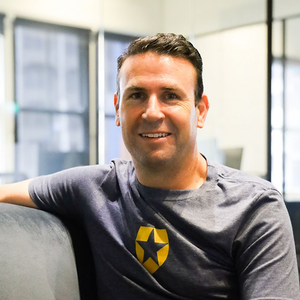 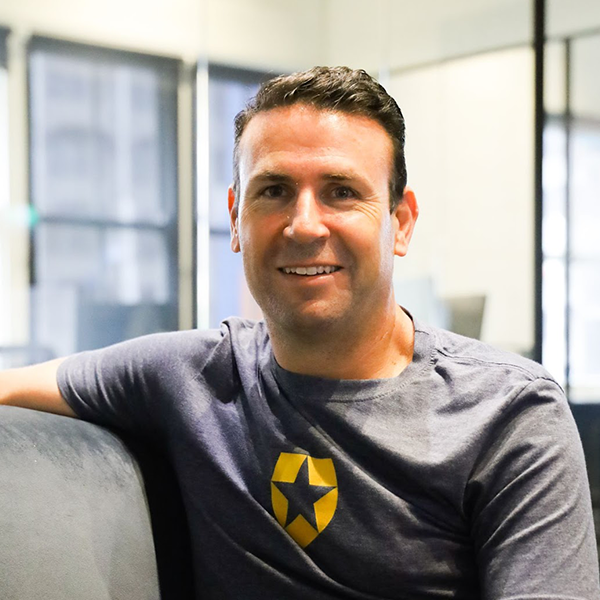 Richard Marr is CIAM Lead for Asia Pacific region at Okta (APAC). Marr has over 25 years of extensive IT experience that includes forming and leading high-performing regional teams and has pioneered high sales growth in diverse technology organisations. Based in Sydney, Richard leads the Auth0's identity platform and authentication for the development teams in APAC.

Marr joined Auth0 in 2017 and is responsible for strengthening Auth0’s identity management platform adoption in the region, which drives zero-friction, enterprise-class web-scale cloud solution opportunities and infinite business value for the customers. Marr is highly experienced across cloud-native, SaaS service, security and a broad range of IT software solutions and has held senior executive positions with Hewlett- Packard, Exstream, Panviva, and IBM, backed by an Electrical Engineering degree. 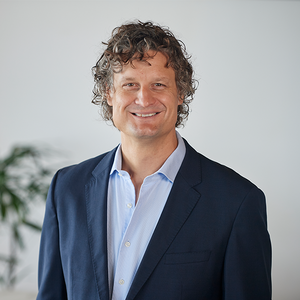 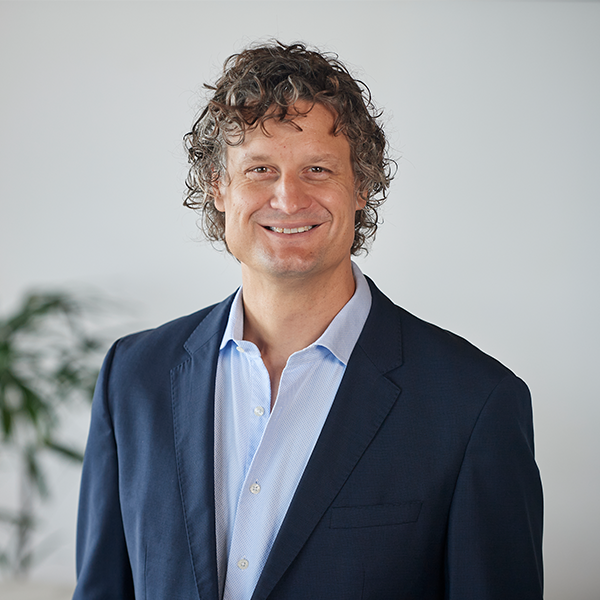 Brett Winterford is the Senior Director of Cybersecurity Strategy at Okta. He advises business and technology leaders on evolving threats and helps them harness advances in identity technology to drive business outcomes and mitigate risk.

Prior to Okta, Brett held a senior leadership role at Symantec, and helmed security management, research and education at Commonwealth Bank.

Brett is a seasoned journalist, having been the editor-in-chief of iTnews Australia and contributed to ZDNet, the Australian Financial Review and the Sydney Morning Herald. Most recently, he was the founding editor of the Srsly Risky Biz newsletter, a companion to the Risky Business podcast, providing the cybersecurity, policy, defense and intelligence communities with a weekly brief of the news that shapes cyber policy.

Brett holds a Bachelor of Media (Journalism) from Macquarie University in Sydney, Australia.

Having advised some of the world’s biggest firms (telcos, banks, logistics, retail, and healthcare) on their data-driven digital transformation, Dr. Ayesha Khanna offers actionable guidance on how to deploy AI and other new technologies in your organisation. Connecting powerful tech trends to value creation for your business and navigating the cultural change and bold leadership required.

As cyber-attacks get more sophisticated, user identity has great potential to become the foundational technology across the security stack, serving as the centrepiece of enterprise cyber protection.

Organisations today have the opportunity to take an identity-first approach, centralise identity across all business functions, employees and customers, and enjoy unparalleled security and efficiency from the endeavour.

Join us at this panel to learn how leading enterprises in APAC achieve this. A senior IDC analyst will be present to give the audience an overview of the state of identity in the region, share key trends, and point the way forward for technology and security practitioners.

Singlife with Aviva will detail their identity use cases in a panel discussion with Brett Winterford, APAC Regional CSO for Okta, Jensen Boey Head of Engineering, Digital Product, SPHTech, SPH Media and IDC Asia Pacific’s Vice President Simon Piff. They will preview some exciting identity technologies and trends emerging over the horizon. The panel will be moderated by well-known TV and radio personality Lance Alexander

Ned Lowe, Head of Engineering at Singlife with Aviva

When does investing in security give you more than security? Answer: When it is CIAM, or customer identity and access management.

A modern take on traditional IAM, CIAM goes beyond securing organisations’ customer interactions to give firms the ability to see and understand customer behaviour. This lays the foundation for e-commerce and loyalty programs, and gives companies valuable opportunities to conduct targeted marketing to their diverse customer base.

Hear Richard Marr, Okta’s Head of CIAM in Asia Pacific, give a round-up of modern digital experiences in APAC, and how technology can enable them. How can enterprises move further with those technologies to set up a Zero Trust Framework?

Power of Partnership:  Better Together - How we are working jointly with our specialist partners AWS to help our customers achieve their desired outcomes.

Ned Lowe, Head of Engineering at Singlife with Aviva