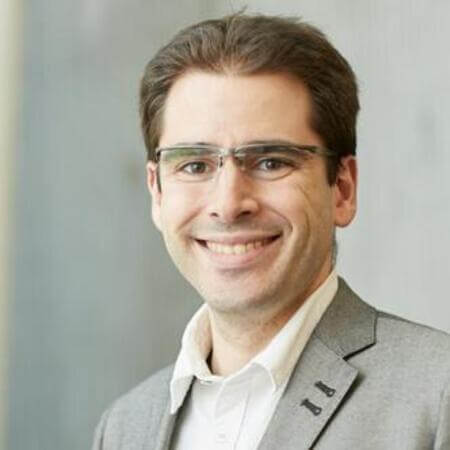 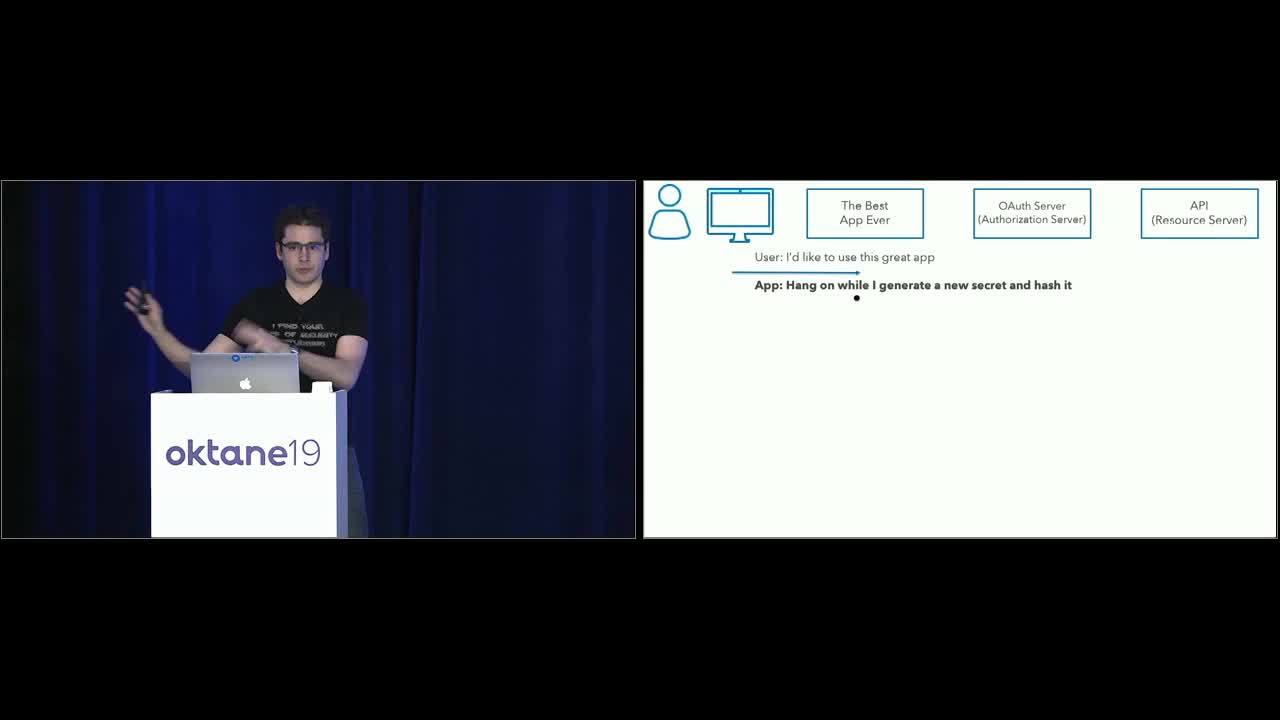 Every OAuth interaction involves four roles: The user, the application they want to use, the OAuth server, and the third-party service’s API. The OAuth authorisation process can be broken down into two parts. 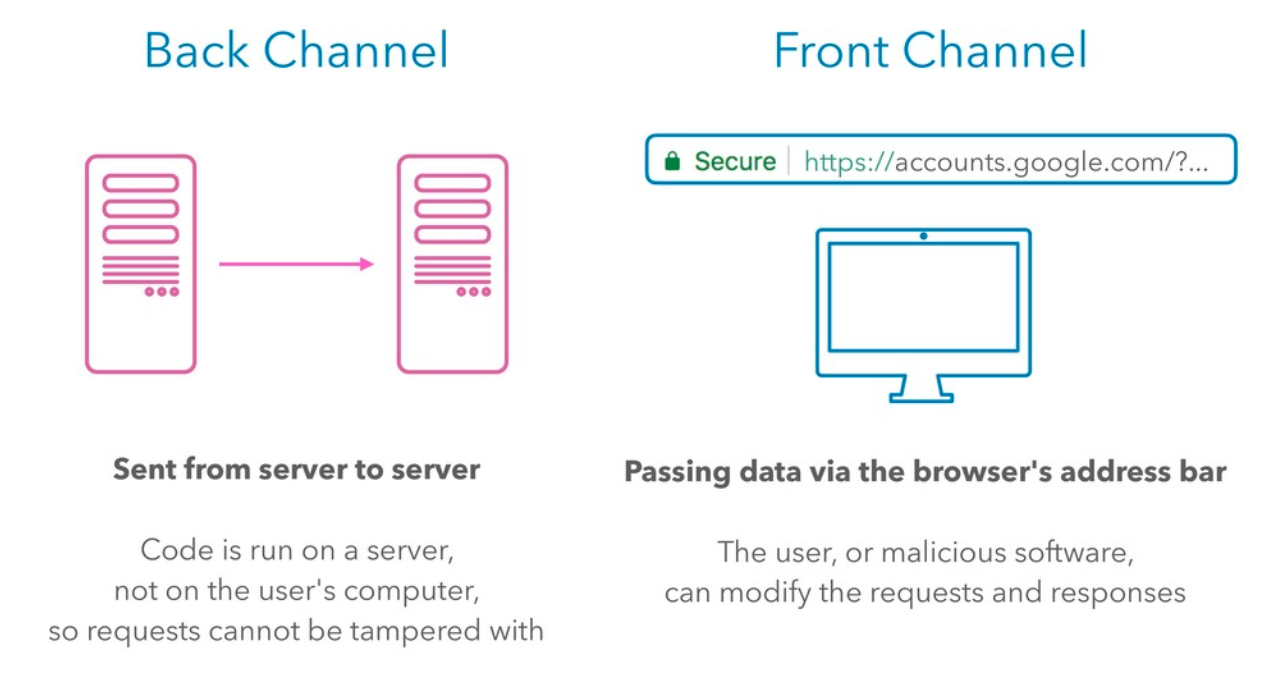 The app takes the authorisation code to the OAuth server, and is given an access token in return. The app can now use the access token to make an API request. The second part of the transaction happens over back channels, where the connection is secure and the response is nearly instantaneous.

In 2013, Twitter’s OAuth API keys for their mobile apps were leaked by extracting them from their mobile apps. This demonstrated that it's impossible to use provisioned client secrets with OAuth in mobile apps. OAuth 2.0 takes a new approach, where instead of a client secret, OAuth 2.0 uses PKCE (proof key for code exchange) to eliminate the need for the secret. In this flow, the app generates a secret, hashes it, and sends the hashed value through the URL. The user goes to the OAuth server, and gives it the hash. It gets back an authorisation code, which it then takes to the app which the app can use to get an access token. But when the app exchanges the authorisation code for an access token, it includes the plain text version of the previously-hashed secret. The server hashes it and compares it to ensure it matches. All this is done securely over the backend.