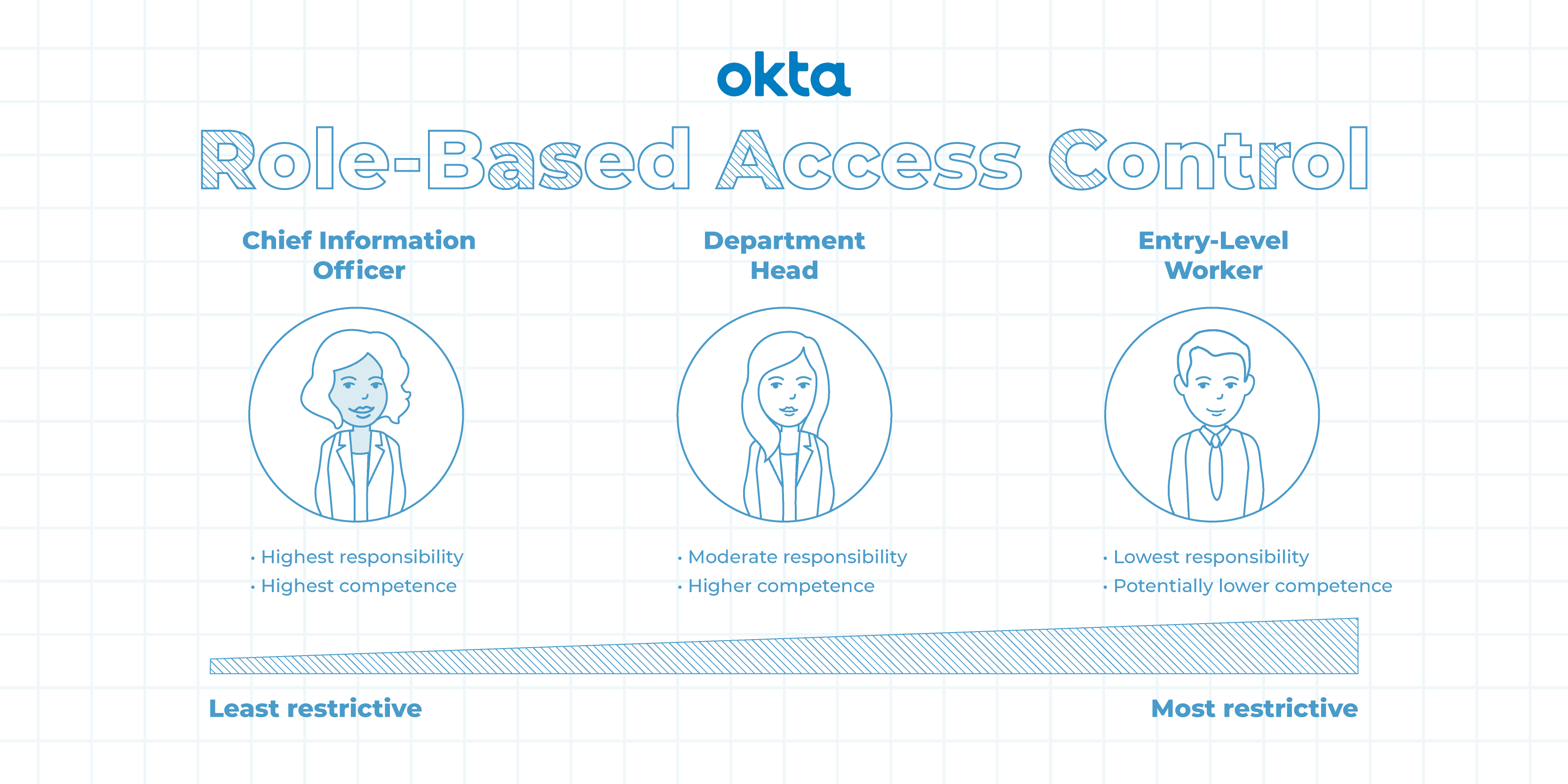 Roles dictate authorisation within an RBAC system. It's critical to define them properly. Otherwise, large groups of people within your company can't do their work.

A system like this leans on policies to enforce security rather than static permission types. Getting the balance right is slightly more difficult, as more variables are involved. Depending on your security environment, it could be a smart choice for your organisation.

Implementing a program like this can feel intimidating, but the work can be very manageable with a little assistance. Use a platform like Okta to simplify the process. Okta integrates with over 7,400 apps so everything is centralised, making the process straightforward for your organisation.

Want to learn more about how your organisation can effectively control access for employees and third parties?