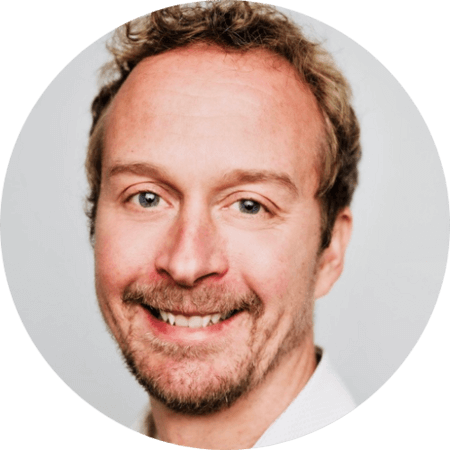 Yes, that’s right - another report speculating about the future of work!

And before you say anything I can assure you, we have seen all of the buzzwords and trends in the press too:

While predictions vary from the revolutionary to the ridiculous, there is one rather significant shift that has been establishing itself ever since the pandemic forced many of us to swap our suits and commutes for leisure wear and Zoom calls.

The flexible work model approach is no longer just a short-term, stop-gap measure organisations took to maintain operations during a crisis period. It is now the favoured workplace strategy business leaders are relying upon to build resilience for the long term.

We recently partnered with the research firm Statista to survey more than 500 digital workplace decision-makers from the UK, Germany, France, the Netherlands, and Sweden to learn about their organisations’ current and future plans.

Their responses confirm that hybrid work has become the norm for the vast majority of European companies, as business leaders and boards strive for efficiency, sustainability and fiercely compete for talent.

Our survey also shows that hybrid work adoption is playing a major role in many aspects of strategic decision-making: from real-estate investments to emphasis on cybersecurity approaches that work equally well for remote and in-office employees, these initiatives are likely to remain a top priority in the coming year.

Read on to discover the five most important takeaways from our new research.

#1: Hybrid working has become the norm

Although rates of hybrid and remote work adoption vary across countries and industries, the vast majority of European companies are now allowing employees to work remotely as often as three days per week (71%).

All-remote organisations remain a rarity in Europe, but most employers are giving their on-site workers the freedom to choose a few days each week or month to work from home or another remote location.

Many companies are choosing this because it’s widely perceived that remote workers are more productive than their in-office counterparts. 63% of survey participants stated that they associate remote work with higher productivity, a view that’s especially popular in Sweden and Germany, where approximately one-third of decision-makers say that location is irrelevant to how much employees are able to accomplish.

#2: The role of the office is changing

The fact that hybrid work has become commonplace in Europe doesn’t mean that the role of the office is diminishing.

The fact that 43% of organisations adhere to an office-first approach to hybrid working shows how physical workspaces are still seen as vital for supporting collaboration, strengthening organisational cultures, and building interpersonal relationships within teams.

Among our survey’s participants, 62% reported that their company has increased its real estate investments over the past three years, and 94% agree that this real estate strategy is being influenced by hybrid work adoption.

Talent is every organisation’s single most valuable asset, with the power to differentiate your enterprise from all others.

But employee expectations have changed. The desire for  a more flexible, rewarding working experience has been attributed to the great reshuffle witnessed in many industries over the past three years. This has prompted many organisations to rethink how they are recruiting, retaining, and keeping employees happy and productive.

Our investigation into the key drivers of workplace decision-making reflects this. Overall, employee well-being came out on top as the main driver of decision making. This was closely followed by productivity (except in Germany where productivity took #1 spot - of course).

These objectives are so important that most organisations are adapting operational processes and implementing new technology solutions to better support remote and hybrid workers. As many as 77% of survey respondents said that their organisations had adopted flexible working hours, while many have made substantive investments to counter what’s known as “proximity bias” – the tendency among leaders to favour employees who are physically closer to them within the workplace.

How the macro-economic climate will impact recruitment and such employee-centric drivers in the near future is uncertain. What we can take away is that employee experience - over cost-savings and efficiency -  is at the heart of working model decision making.

While the majority of respondents to our survey did report that their organisations are adopting hybrid work in some fashion, this trend is still very new. As a result, stakeholders continue to experiment with and ask questions about the working models that their companies are testing.

60% of respondents who have adopted hybrid working stated they would be reassessing their strategies within the next 12 months, with 18% saying they are constantly assessing.

Modern businesses need to build robust, sustainable organisational cultures. But they also need to be prepared to adapt their working models in the face of future change, be that regulatory, economic, or technological.

In a new regulation that was approved by the lower house of the Dutch parliament last July, working from home is now a legal right in the Netherlands. This means that Dutch employers must give proper consideration to every work-from-home request made by one of their employees, and must document that there’s a valid reason for denial so if they refuse it. The passage of this law has raised questions about regulatory trends elsewhere in the EU: will other countries – particularly those with long histories of maintaining strong protections for workers’ rights – soon follow in the footsteps of the Dutch?

With working models under constant reassessment and review, stakeholders will need to think carefully about how their organisations can remain agile and adaptable, no matter what the future may bring.

When we asked survey participants about their top challenges and priorities when it comes to hybrid working, “improving cybersecurity” occupied the top spot for both.

Given these growing risks – as well as the importance of improving employee experience and collaboration – increasing numbers of European organisations are adopting identity-powered Zero Trust approaches to cybersecurity, which provide robust defences in a world where people are the new network perimeter. Zero Trust adoption – especially when it’s achieved by implementing technologies that support strong authentication to all services and seamless access to IT resources for both on-site and remote users – can empower organisations to balance security and productivity, transforming them into mutually-enabling objectives.

Ultimately, the businesses that will be most successful at building long-term, employee-centric hybrid work strategies will be those that are best able to provide robust security and frictionless access to applications, data, and resources. These organisations will be best positioned to provide their employees with equitable, rewarding experiences in the workplace – no matter where they’re located.

Learn more about how Okta Workforce Identity solutions are empowering leading organisations to implement Zero Trust-based security while keeping their hybrid and remote employees productive. Or download the full Okta Hybrid Work Report 2023 to explore all of our findings in depth.

Ian Lowe is Okta’s Director of Solutions Marketing for EMEA. In his 19 year career, Ian has become a recognised product marketing and sales enablement leader having created and launched successful cloud-based identity and access management solutions that are used by top technology firms, financial services organisations and Governments around the world today.