During a DNS poisoning attack, a hacker substitutes the address for a valid website for an imposter. Once completed, that hacker can steal valuable information, like passwords and account numbers. Or the hacker can simply refuse to load the spoofed site.

Someone browsing the web may never know that DNS spoofing is happening. The person may visit a site that looks perfectly normal, and even functions somewhat normally, so everything seems safe.

Or that person may find that a beloved site just won't load. That person may try again for a time or two, but anger could be directed at the company for hosting a site that doesn't work.

Preventing DNS poisoning starts by blocking DNS spoofing. We'll tell you all about how to do just that. 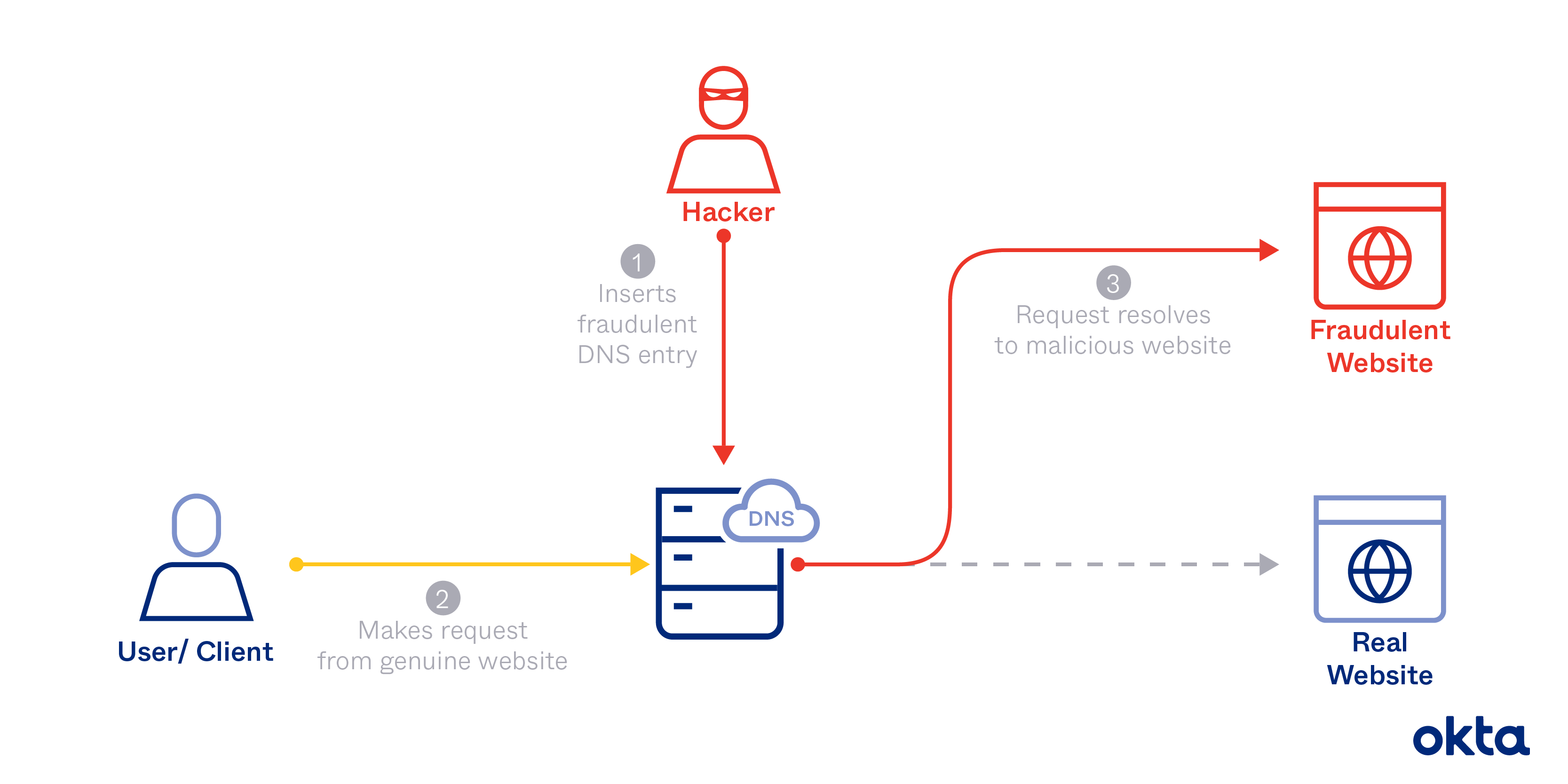 What Is DNS Poisoning?

DNS poisoning is a hacker technique that manipulates known vulnerabilities within the domain name system (DNS). When it's completed, a hacker can reroute traffic from one site to a fake version. And the contagion can spread due to the way the DNS works.

The Chinese government uses DNS poisoning to block access to sites that hold content that officials find objectionable. Users in China may think they have the right address (such as https://www.facebook.com). But due to spoofing, when they type in this address, they head to a completely different server. That server loads something different altogether.

In 2014, Chinese spoofing spread into the wider world. At one point, reporters say, this problem impacted about a seventh of all internet users across the globe. None could load the sites they wanted to see, including Facebook and Twitter.

How Does a DNS Work?

Web developers are encouraged to use short, user-friendly web addresses as they develop their sites. Doing so could help them perform better in search queries, and their addresses help consumers know what pages contain before they click on them. But other computers don't understand the addresses humans use. A DNS helps.

Every time you type an address into your browser:

This work happens in seconds, and you may not notice the delay. But behind your screen, your computer is reaching out to others to understand where you should go next and what should happen.

The DNS system was developed in 1983, when the internet contained far fewer websites and servers. The developers never dreamed that anyone would want to play with the system or defraud users, so no security measures were built in.

You ask to visit a site, and your server picks up a hacker's response. That falsified data is stored, and DNS cache poisoning is complete.

A hacker could do this by:

DNS poising attacks occur because the system is insecure. Your computer holds conversations with servers via the user datagram protocol (UDP). This allows for quick, efficient communication. But no security measures are built in. Your computer doesn't verify the identity of the server it talks to, and it doesn't validate the data that comes back.

Forgery in this environment is relatively easy. If you're not required to prove your identity, and the server you talk to could be owned by anyone at all, you could get falsified information and never know it.

If you're a network administrator and your site goes down, your visitors won't blame hackers for the problem. They will blame you and your company. Preventing cache poisoning is critical, but it's not easy.

Officials are also working on solutions. Domain name system security extensions (DNSSEC) were developed by ICANN, and when they are implemented, they will utilise validation. You'll know that the entity you're working with is authentic, and the data you accept can be trusted.

DNSSEC must be widely deployed to offer full protection. If you require authentication but no one else does, you won't be able to serve up sites on demand. Officials are hoping more companies will use this technology in the future.

Configuring and protecting a DNS server properly takes time, talent, and persistence. If you don't have the time or expertise to tackle these tasks, we can help.

Our proven techniques can keep your sites up and your data secure. Contact us to learn how Okta can help defend against DNS poisoning.

DNS Cache Poisoning, the Internet Attack From 2008, Is Back From the Dead. (November 2020). ARS Technica.

DNSSEC: What Is It and Why Is It Important? ICANN.