The Trevor Project offers hope to LGBTQ youth in crisis. Okta helps IT secure and scale its lifesaving services.

See More from The Trevor Project :

After 20 years of helping LGBTQ young people in crisis via a lifeline, The Trevor Project needs to scale and update its services. A new IT director initiates a technology transformation. Identity management is high on his list.

A reputation for reliability

The team chooses Okta because of its reputation for reliability, its strength in implementing best-in-class technologies, and its alignment with The Trevor Project’s mission and values. They begin by implementing Okta’s workforce identity solutions for the organisation’s staff.

The Trevor Project IT builds a new crisis management platform to help volunteers communicate with young people who need help. Okta provides a secure identity foundation so that volunteers can access the entire suite of applications with a single login.

As The Trevor Project expands its lifesaving services, the team relies on Okta for secure, frictionless access to critical applications. As IT continues to evolve, the Okta Integration Network connects them to best-in-class solutions. 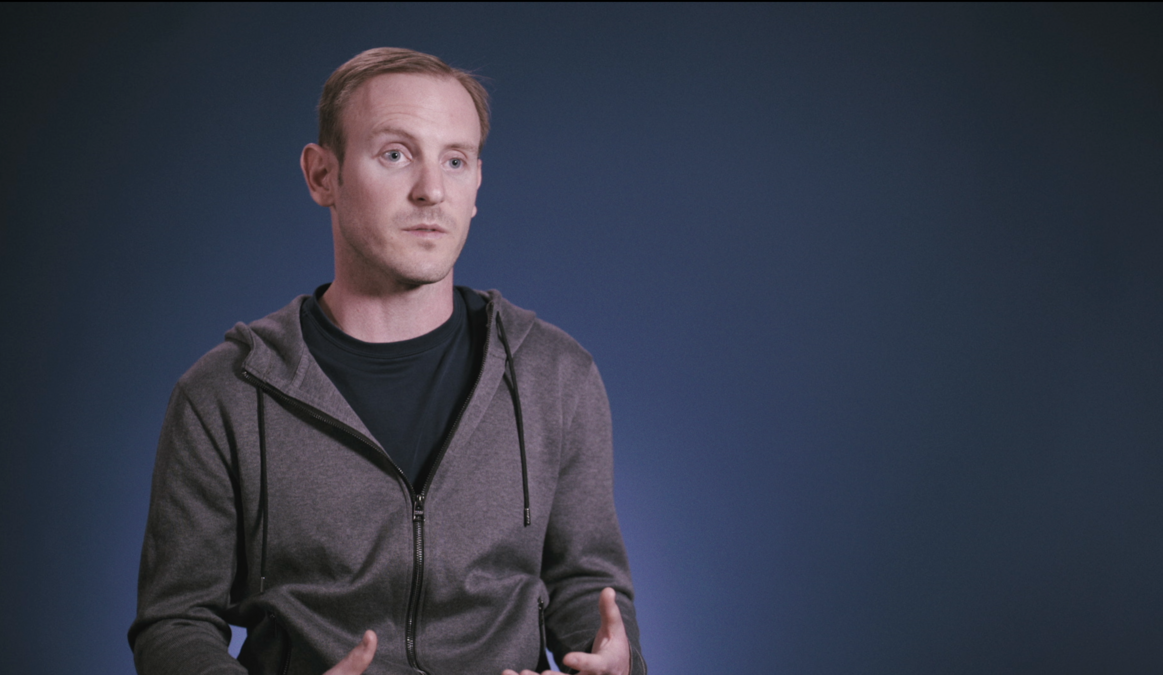 After 20 years, The Trevor Project needed to update and scale its lifesaving services to reach more LGBTQ young people in crisis. A new director of IT initiated a technology transformation, implementing Okta for identity and access management and building a new crisis management platform for volunteers. Today, The Trevor Project has expanded its text and chat support services to be available 24/7, and is able to on-board and train new volunteers at six times the rate.

For staff, Okta is how we start our day. For volunteers, it’s how they start their shift. It’s the first place we start as a team to save young lives.

Critical resources for a vulnerable population

The Trevor Project was born out of a sweet, funny coming-of-age story that hit a cultural nerve. The 1994 Oscar-winning short film, Trevor, launched a national movement highlighting the experiences of lesbian, gay, bisexual, transgender, queer, and questioning (LGBTQ) young people who often felt they had nowhere to turn in times of crisis.

In 1998, the film’s creators launched TrevorLifeline, a national 24-hour crisis intervention and suicide prevention phone line for the LGBTQ community. From those beginnings, The Trevor Project has grown to include many in-person and online programs and resources, including TrevorSpace, a social networking community, as well as text and chat services.

“We know that there are about five million LGBTQ young people in the United States, and that 1.8 million of them experience some form of crisis each year,” says John Callery, director of technology at The Trevor Project. “Suicide is the second leading cause of death among young people in the United States. Forty percent of transgender adults have attempted suicide in their lifetime—92% before the age of 25.”

Since The Trevor Project’s inception, hundreds of thousands of LGBTQ teens and young adults have reached out to the organisation for help. Twenty-one years later, its resources remain essential to the health of the LGBTQ community and its allies.

A transformative strategy, starting with technology

Callery joined The Trevor Project in 2015 as the first IT person in the organisation’s history, to help scale its services to reach more young LGBTQ people in crisis. Leaders also hoped to expand TrevorSpace, its first international resource.

In the first two years of his tenure, Callery guided the organisation through a digital transformation. “We replaced every aspect of technology at The Trevor Project, from the infrastructure to the platform,” he says. “The result is a more product-centric team and culture.”

Identity played a central role in that transformation. When Callery first joined the organisation, there was no single source of truth for staff and volunteer identities. “Users had individual logins to all of our applications, and many of our computers weren’t even connected to a single AD domain,” he says.

The situation was cumbersome for users and didn’t offer a scalable security solution for the organisation, either. “LGBTQ populations are already vulnerable, so their data is some of the most important information we need to secure,” says Callery. “In addition, we have staff, financial, volunteer, and donor data. So, security is front and centre in every decision we make.”

Because the organisation lacked SSO, one of Callery’s first challenges was to secure identity and access for the organisation’s employees and volunteers. “We started with a password management tool, just to get people following best practices for user and identity security,” he says. “Then, we looked at the experience, trying to get away from passwords, into a passwordless environment.”

That led Callery to evaluate Okta and other SSO providers. “At The Trevor Project, we look for partners, rather than just vendors,” says Callery “—organisations that align with our mission and values, and that are invested in our success.”

Callery and his team found that alignment in Okta and the Okta for Good program, which aims to strengthen the connections between people, technology, and community. Through the Okta Integration Network, they also found an identity partner that could help them adopt the latest technologies easily, to help keep staff and volunteer teams at The Trevor Project lean and agile.

The single biggest reason Callery went with Okta, however, was its reputation for reliability. “We have a 24/7 operation,” he says. When you have a young person at the other end of the line who is facing a life-or-death situation, technology can’t get in the way. “We’re there for them on any channel, any time of day,” says Callery. “That’s what Okta Trust means to us.”

The team began by implementing Okta’s workforce identity solutions, including Okta Single Sign-On, Okta Multi-Factor Authentication, Okta Universal Directory, and Okta Lifecycle Management. They use SMS and Okta Verify with Push as their main authentication factors, to help make sure everyone who logs in is really who they say they are.

Callery’s team started small, designating one day when staff would begin logging into one application—G Suite—via Okta. “Overnight, we had 100% Okta adoption across our entire staff organisation,” he says. “Then, we had an app day once every week or two, when we rolled out other applications within Okta.”

After the careful but successful staff rollout, the team was ready to move more boldly to transform the volunteer experience. “Part of our digital transformation involved creating a new crisis infrastructure to support all of our channels, including phone, chat, and text,” says Callery. “It’s the underlying technology that allows volunteers to communicate with LGBTQ young people in crisis.”

Okta provides the identity foundation for that new platform, which The Trevor Project team launched all at once, in tandem with new round-the-clock text and chat services. “On a single day, all our volunteers logged into Okta for the first time,” he says. “That day, they were also logging into a whole new set of technologies that they would be using to save young lives.”

While phone lifeline volunteers still work on-site at The Trevor Project’s New York City or Los Angeles call centres, volunteers interacting with young people via chat or text can do that work from the comfort of their own homes. As the organisation expanded its chat and text services’ availability to 24/7, that meant it would need to expand its volunteer base across the country.

Before they start, text and chat volunteers for The Trevor Project are required to go through a 40-hour virtual training, where they learn about gender identity, suicidology, risk factors for LGBTQ youth, and the organisation’s crisis support model.

“We know that the real key to scale is allowing our text and chat volunteers to be trained in a format that works with their schedule,” says Callery. The new online learning model allows the organisation to increase its volunteer trainings from about 200 people per year to up to 100 per month.

As the organisation expands, the Okta Integration Network offers out-of-the-box integrations to help make sure The Trevor Project teams are using the latest, most secure applications. “We try to use best-in-class technologies to deliver our lifesaving services,” says Callery. “One thing we’ve found is that organisations that are truly best-in-class tend to take security seriously, supporting things like passwordless authentication using SAML or SCIM provisioning technology.”

Today, The Trevor Project is manifesting a renewed sense of vitality and purpose across all of its services. TrevorSpace has seen an uptick of new users, from 4-5 per day in 2015, to 150-200 per day in 2019. “We’re not even promoting the service yet,” says Callery. “As we increase international awareness of TrevorSpace, we’ll see that program grow tremendously.”

As the identity backbone for The Trevor Project’s new crisis services platform, Okta provides seamless access and top-notch security to the organisation’s growing volunteer base. “When we decided to go with Okta, we wanted to make sure volunteers would have a secure and user-friendly experience, no matter where they were logging in from,” says Callery.

“They now have a one-stop shop where they go to start their shift,” he says. “User experience is important for volunteer retention, and Okta plays a big role in creating that great experience and minimising the time volunteers spend logging into collections of applications.”

Callery has received great feedback from staff, as well. “When we have less friction, and don’t have to worry about things like usernames and passwords, that allows us to put more attention on our lifesaving services,”he says.

About The Trevor Project