Live Nation Entertainment is the largest live music company in the world, annually putting on 30,000 concerts and 100 festivals, and selling over half a billion tickets. But Live Nation is also a leader in the technology sphere, having recently moved its operations entirely to the cloud.

Reducing friction in a crowded IT landscape

The Live Nation workforce had access to hundreds of applications and tools, available through a number of cumbersome portals. The IT team searched for a cloud-based identity management solution that would streamline access and integrate instantly with a range of best of breed apps, and facilitate onboarding processes.

Okta: ‘Leaps and bounds ahead’

Okta offered exactly what Live Nation needed. Okta’s Single Sign-On and network of pre-built integrations were more advanced and easier to use than those of any other provider. Implementing Okta enabled efficient use of communications and collaboration tools that are crucial to a global workforce accustomed to working anywhere, anytime, on any device.

Live Nation rebranded Okta as “Backstage Pass” and rolled it out to its entire workforce within four months. Employees embraced the change, easily adjusting to the single portal and enjoying a boost in productivity. Onboarding is also simpler: new employees now receive login credentials and access to all the tools they need on their first day on the job. 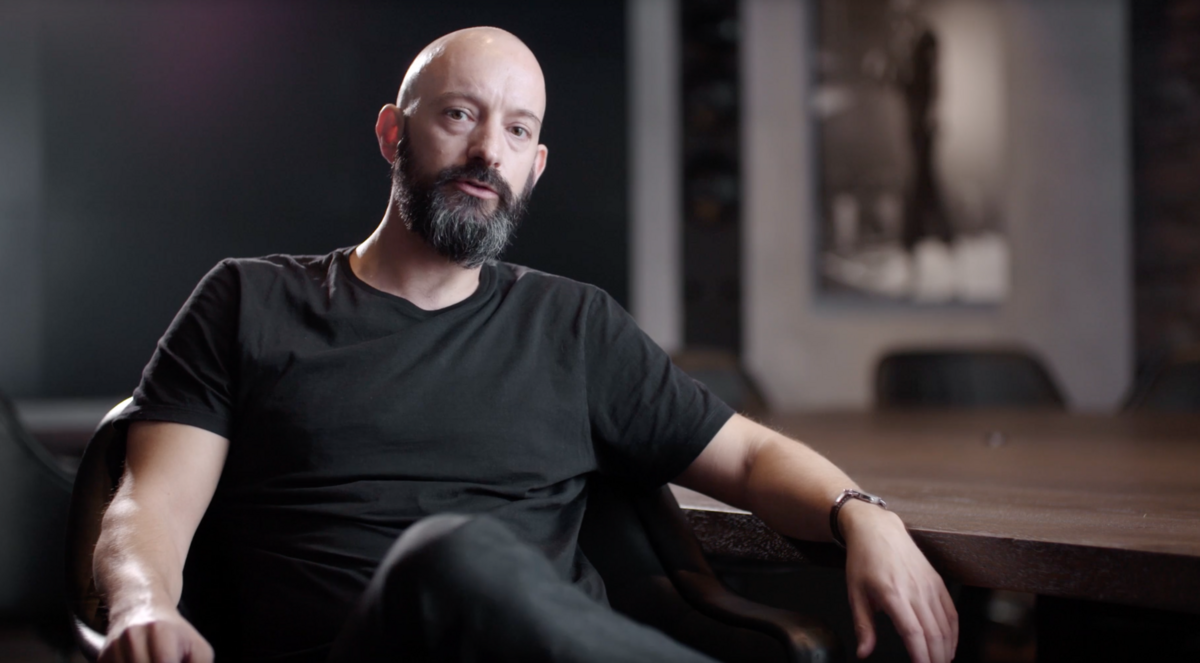 An entertainment powerhouse and a tech leader

Live Nation’s 15,000 global employees produce thousands of concerts and festivals and facilitate sales of half a billion event tickets each year. It’s a huge volume of work, and that’s why Live Nation provides its people with best of breed collaboration, communication, and productivity tools. The organization relies on Okta to provide streamlined, secure, and consistent access to all its apps—ensuring daily work can be done effectively anywhere, anytime, and on any device.

People can’t quite believe it when we say we’re 100% cloud-based. We’ve gotten rid of all of our infrastructure. We’re ahead of the curve—and Okta helped us get there.

A leader in music, entertainment, and technology

Live Nation Entertainment is the largest live music company in the world, putting on 30,000 concerts and 100 festivals a year, and selling over half a billion tickets annually to music and sports events via Ticketmaster. Live Nation CIO David Huckabay shares how technology is critical for the global powerhouse.

It’s important we stay current with technology and provide our employees with the best tools in order to deliver on our mission to produce music, sell tickets and do sponsorships.”

With 15,000 employees working in different time zones, in different locations—in offices, aeroplanes, trains, everywhere—and on different devices, having best of breed tools and consistent access to them is crucial to the smooth operation of the company.

As part of this tech-first philosophy, Huckabay began a ground-breaking initiative four years ago he called “zero servers”: Live Nation would move 100% to the cloud.

“When I started it, my team said, ‘You’re crazy. We can’t do this. No one’s done this,’” Huckabay says. “But we were just relentless, and in one year we moved all of our workloads to the cloud. That included over 100 applications and over a petabyte of data.”

It was a bold and unusual move, and the impact on the company has been huge. “It changed what we focus on as IT,” he says. “Running backend servers, maintaining storage, running data centres—now all of that’s in the cloud and pretty much taken care of. Now we can really focus on our business partners, employees, and customers.”

As part of that transition to the cloud, Live Nation needed to ensure its global employees had secure, consistent access to critical applications and collaboration tools. “My job is to equip our employees,” he says, “and to reduce friction: anything we can do to make their job easier, from a tech standpoint, we need to do it.”

A mess of passwords and cumbersome portals

Live Nation saw an opportunity to increase employee productivity by streamlining access to their applications globally.

“We had a combination of portals,” adds Keith Myers, senior vice president of business technology for Live Nation. “They were cumbersome, and the systems didn’t work very well if you were off our network or on a mobile device.” As a result, deploying new apps to employees was also a complex process.

Live Nation wanted one secure point of entry to all apps so users could efficiently move between tools as required, without pausing to re-authenticate.

That meant finding an identity management solution that was easy to use and flexible, and one that integrated with a broad range of applications. It had to work on any device, including mobile phones, and it had to be entirely cloud-based.

“We were getting rid of all of our on-premise servers and moving everything to the cloud,” Myers reiterates. “To have an identity management solution that wasn't cloud-based really wouldn't work for us. The driver for that is people now work from anywhere—the more on-premise infrastructure you have, the harder it is to meet those demands.”

Facilitating collaboration and communication with the best available solutions was another key goal. “Neutrality is very important to us,” says Huckabay, “because we want to offer best of breed tools to meet the needs of our employees.” He didn’t want to be tied to a specific suite or brand, but he did want the tools his team selected to integrate seamlessly with their identity solution.

And finally, as a fast-growing company, Live Nation wanted to onboard new employees quickly and efficiently, providing them with all the access and tools they need from their first day on the job.

Okta offered Live Nation the ability to streamline access to all of its apps and tools, facilitate remote and mobile work, and simplify onboarding. And unlike other potential identity management solutions, Okta could meet Live Nation’s 100% cloud mandate.

“Okta was leaps and bounds ahead of all the other providers,” says Myers. “Everyone else we spoke to claimed they were cloud-based but they weren't. We'd have had to build out a lot of infrastructure. The integrations looked complex. Okta had a truly cloud-based solution with lots of built-in integrations, and it almost seemed too good to be true.”

But it was true. Not only did Okta offer Single Sign-On, but also the Okta Integration Network quickly and easily brought all applications and tools together under one umbrella. “Okta goes so much further than other providers,” Huckabay says. “You can actually enable a person to get to an application through the Okta platform. You don’t have to do anything else.”

Easy access was particularly important for the tools Live Nation employees and management use daily to keep in touch and work efficiently.

“Collaboration tools are a huge part of us being successful,” says Myers. “They have to be accessible, easy to use, secure, and platform agnostic. Okta allows us to deploy those apps almost seamlessly—we can just push them out to people as and when they need them.”

Okta is accessible anywhere, from any device—Mac, PC, tablet, laptop, or mobile. “This is critical,” says Huckabay. “Okta enables our employees to get to their applications wherever they are and enables a mobile workforce.”

Up and running within days

Once Live Nation decided to implement Okta as its identity solution, the company was able to deploy the software quickly. “It was as simple as they said,” adds Myers. “We didn't have to put in cumbersome infrastructure, and we were up and running with Okta in a matter of days. Our technical teams worked with the support team from Okta Customer First to really come to grips with the product; from there the major rollout was four or five months afterwards.”

Live Nation currently has about 15,000 internal employees using some 250-plus applications. It’s a complicated environment for a new employee to navigate‚ simplified by Okta Lifecycle Management.

Onboarding employees has become much more efficient. Every new employee is provided with the device of their choosing, Mac or PC, along with immediate access to Live Nation’s best of breed applications. For a fast-growing company like Live Nation, streamlined, secure onboarding is critical.

“A lot of work goes into hiring great people, and we see LiveNation as a great place to work,” says Myers. “With Okta we're able to quickly deploy tools to new employees. People start, they have great tools, they have great equipment, and they know what they're supposed to be doing. We don't have to have IT going in and setting things up; the employees are put in the right groups and access is given to them on Day One.”

Just as importantly, Okta plays an important role securing and automating offboarding. “It’s a huge, huge advantage for us,” says Myers. “When someone leaves, they're deactivated. That syncs to Okta and then that person cannot access any applications. It means there are no open holes in our infrastructure.”

The IT team is no longer occupied with maintaining servers, running data centres, or answering endless password reset questions. “We’re now out of the back room and working with the business to add direct value,” Huckabay says. “Now we can focus on making sure IT is partnered with the business in everything they do.”

Okta’s role in the future of work

Huckabay describes his vision of the future of work: enabling people to work from home, offices, or shared office spaces. Easy global collaboration. Mobile first. He sees a role for Okta in all of it.

“Okta has the same vision we do, Okta is working with technology partners that fit with where we're going.” For example, Live Nation currently uses one cloud provider; and Huckabay is in the process of implementing a second cloud. “Okta is embracing this kind of hybrid environment with us, to make sure that we have the integration in a multi-cloud environment,” he says.

It’s all part of keeping Live Nation at the forefront of cutting-edge technology—and Okta will be a part of that journey, every step of the way. “After all,” says Myers, “Okta is arguably the most successful application we’ve ever deployed. As a lot of people in the company say: it just works. They love it because it does what it's supposed to do.”

Priceline uses Okta to simplify, secure, and manage access for a global workforce