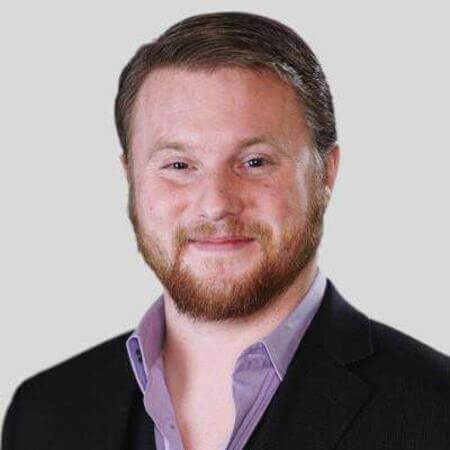 As a software developer, it’s your job to build exciting applications and features. But more often than not, your time is spent fixing other people’s technical problems rather than focusing on the tasks that will drive the business forward. Raise your hand if you never again want to reset a password or help install a desktop program.

Those are exactly the types of situations that inspired us to develop Code Tycoon, a choose-your-own-adventure sim-style game that gives you the chance to have some fun—and show off your expert coding skills at the same time. To celebrate the launch of this new development (pun very much intended), here’s an inside look at what the game entails and why we created it.

Code your way to the top

In Code Tycoon, you’ll take on the role of a developer responsible for saving a failing company. The good news is you have the technical skills needed to transform the organization into a global powerhouse. The bad news? Your boss and coworkers are doing everything possible to distract you from mission-critical tasks.

The immersive game takes you through a variety of unique scenarios and challenges—and introduces you to a quirky cast of characters. To start, you’ll meet Emily from HR, as well as an ineffective IT manager, a senior developer, and the head of marketing. From there, you’re free to explore the office: you can chat with your colleagues, play ping pong, and most importantly, work on coding a new flagship product.

As the game progresses, you’ll move your way up the ranks from Junior Developer to CTO. But in order to do that, you need to stop targeted attacks by sophisticated hackers and deploy strong authentication and authorization policies. That’s easier said than done when you’re having to fix printers, attend seemingly pointless meetings, and decide whether to serve red velvet or chocolate cake at the next big team event.

You’re the only one capable of keeping the organization afloat, driving innovation, and preventing threats. If you succeed, the company will flourish—but if you accrue too much technical debt, you’ll lose the game. Why did we create Code Tycoon?

You may be wondering why a technology company like Okta would want to build a video game. The short answer is: to have some fun. We wanted to give the gaming community something they could really enjoy.

But we also wanted to cast a light on the important work that developers do every day. After all, they’re the ones responsible for the software, applications, and many more technologies that we all rely on at home and at work. In fact, developers are one of the fastest growing occupations today, and employment is expected to increase 22% by 2029.

Despite all the great experiences they provide us with, however, many people are unaware of the critical work developers do. We hope Code Tycoon helps bring awareness to this incredibly versatile field.

Developed in collaboration with Epic Digital and Gossamer Games, one of the things that we’re most proud of is the fact that Code Tycoon has been made safe using Okta for authentication and authorization, leveraging best practice standards such as OAuth. Gaming profiles can be particularly enticing for bad actors, as they can hold a variety of financial and personal information. For example, between July 2018 and June 2020, Akamai observed 100 billion credential stuffing attacks—10 billion of which occurred within the gaming industry. The company also observed 152 million web application attacks in the sector.

As gaming becomes increasingly mobile, and more game developers rely on cloud computing, securing user identities is of the utmost importance. Our best-of-breed, out-of-the-box solutions can help you embed this additional layer of security in every app and game.

Think you have what it takes to lead a struggling company through the development of a flagship product? Play Code Tycoon today, get an inside look into the game's secrets, and learn how we built it with the game's developers.

Nick Gamb is a Sr. Developer Advocate with Okta and leads Okta's Game and XR developer community. With an overly inquisitive mind, and an unhealthy obsession with proficient problem solving, Nick enjoys taking things apart and hacking them together to solve problems creatively and efficiently. In this way, Nick's career was launched via reverse engineering and job automation. At some point this "work smarter, not harder" mentality transformed into an exciting journey that included partnering with some of the largest names in tech, leading developer experience and relations, and designing extremely complex security infrastructure that thousands interact with every day.  Nick started coding at an early age, teaching himself through the reverse engineering of game engines. After gaining experience with C and C++, Nick moved on to C#; pivoting towards web development after a brief stop coding data transformations. After an exciting career detour involving film school, broadcasting, news studios, and helicopters, Nick eventually found himself back at his roots in tech focusing on identity security.

By Eric Kelleher Our customers are our number one priority, and we immensely value every one of our 15,000+ customers around the world. High praise and trust from our customers…

The Salesforce MFA Requirement: Secure Your Applications and Users Before February 2022

By Ryan Terry Organisations everywhere are expanding access to their applications and systems, making it easier for employees to work from any device or location. While this…

By Alison Colwell Sophia Duluk Beavis Climate change is a pressing global issue that is severely impacting people, the planet, and businesses. We can already see these impacts with increasing…

By Daniel Lu You’ll often hear our CEO and co-founder, Todd McKinnon, talk about how our mission at Okta is to connect users to their technologies. An important part of how…