An Inside Look at Okta’s New Code Tycoon Game 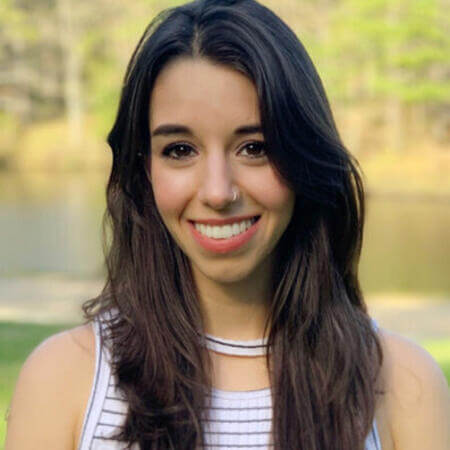 Have you tried playing Code Tycoon yet? Our new game, inspired by everyday developer experiences, asks players to save a failing company by creating a new flagship product—but that’s much easier said than done. From navigating tricky conversations with coworkers to fixing the perpetually broken office printer, there are a lot of distractions to deal with along the way.

For any players looking for hidden features—or anyone else who wants to learn more about the game—I chatted with Nick Gamb, a Senior Developer Advocate at Okta who helped bring the game to life. Read on to find out what makes Code Tycoon stand out, why authentication and authorization were so important for us as we built it, and the secrets that can help lead you to success. There are a lot of Sim-style games out there. What separates Code Tycoon from the rest?

Most tycoon games are very task-driven—there are certain things you need to do to win. While there are some elements of that in Code Tycoon, our game is also very adventurous and story-driven.

The developers actually built a script engine that allowed our writers to craft very complex stories, interactions, and personalities, and we spent a lot of time going through each of those. You can talk to other characters and play ping pong and trivia with them. That element is what really stands out to me.

One of the things I love most about Code Tycoon is how relatable it is. Can you tell me more about how the game embodies what it’s like to be a developer in the workforce?

We talked with some people on our own team to identify some of the biggest pain points that developers face today. For example, they often get asked to do IT-related tasks that keep them from coding; there’s also the issue of other people taking credit for work they didn’t do. We really wanted to emulate those experiences in a tongue-in-cheek way.

Inadequate onboarding, workplace distractions, common misconceptions about what a developer does—all of that exists in Code Tycoon. Our primary goal was to make something that developers could instantly relate to, but we also wanted to give people who aren’t developers a chance to experience what the profession is like.

Players might be surprised to learn that Code Tycoon is secured with Okta. How can authentication and authorization be used within the gaming industry?

When it comes to security, the game development community has largely been left to their own devices, building solutions from scratch—they’re doing their best, but a lot of gamers fall victim to credential stuffing and DDoS attacks. So this was an opportunity for us to not only make our own game, but make one using security best practices.

One of the great things about Okta is that it allows for the easy creation of OAuth authorization services; you can set up and customize them with a click of a button. It speaks to the shared-responsibility model that is popular within the industry. The developers that worked on the game aren't necessarily security experts. Giving them the ability to set up an authorization solution and connect it to a game with minimal code—that’s the power that Okta brings to the space.

Alright, getting back to the fun stuff: are there any hints or secrets about the game that you can share?

There are definitely some hacks and Easter eggs hidden throughout the game. Without spoiling too much, there is a way to stop the printer from getting jammed. Aside from that, I’ll share that you shouldn’t just code the whole time. Players will be tempted to go right to their desk, thinking they can be a perfect employee and make tons of money by doing coding loops over and over again. But you’re going to lose really, really quickly if you take that approach.

If you don’t play ping pong, for example, you’re going to face other problems and even greater distractions. We purposely slowed down some of the game metrics, so that players can take their time interacting with other characters and exploring the office. By doing that, you’ll learn things that can make the game easier.

So there’s a hidden message about finding work-life balance?

Exactly! Don’t just blow off your coworkers to get work done. That human aspect is what I appreciate most about Code Tycoon.

You heard it here first! If you feel ready to explore the office, interact with quirky coworkers, and develop a new flagship product, play Code Tycoon today—and watch our “How We Built It” video with the game’s developers.

Katie is a Content Marketing Manager focused on Developer marketing at Okta. With almost a decade of experience in marketing—focused on content and brand—Katie has worked for a variety of security and tech companies both big and small. She earned her BS/BA in Political Science and Drama from Vassar college. In her free time, Katie enjoys rock climbing, playing video games, and reading.