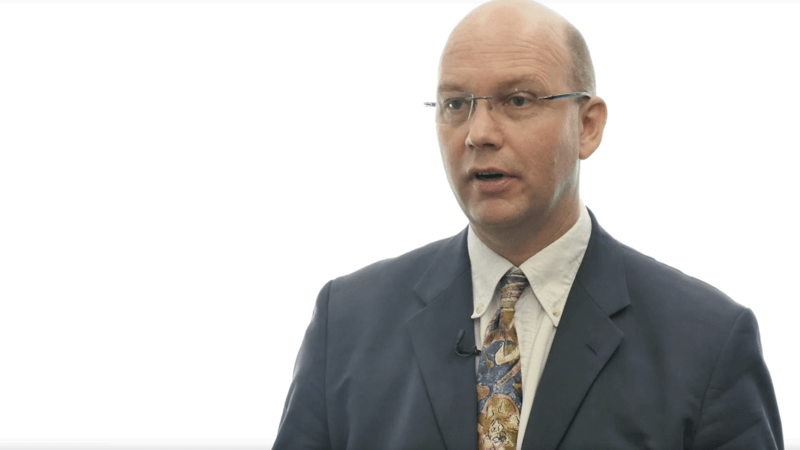 John Bazley:  I'm very proud to work at the Alzheimer's Society which is a large health-based charity in the UK. I have been just rolling out a new intranet based on Office 365. We found that it's really helped our staff and volunteers find the content they need much more quickly. It has a great search.

But key to that solution was allowing them to sign on very easily. We realized we needed a great experience for our users. They were used to an intranet which came up anonymously on the network, so we couldn't give them a sign-in box. We just knew that would not fly.

So, from day one we needed desktop single sign-on for our networked staff, and we needed some kind of easy way where our volunteers who don't have an official email from Alzheimer's can sign in with an email that they're familiar with, their personal email.

So, we went out to the marketplace and had a look at who was out there. Microsoft is in this space. We looked at a couple of other vendors. Well, Okta was the only one who could do the use case of signing in to 365 with your own personal email address and do it really well with password resets to their email address, which is going to take the strain off our help desk. So, to me it was an easy case.

So our staff and volunteers really appreciate the colorful and informative news on the new intranet, plus the embedded Yammer which was also single sign-on. So that's creating quite a community of expertise across the Society. We can't meet that often because we're in 300 offices, so this creates the kind of tea point or water cooler moment that perhaps you don't get so much because we're not all in the same office. So people are able to exchange ideas now through Yammer, and that's all powered by the simple single sign-on that Okta has given us.

So our users have given us great feedback about how easy it is to access the new intranet. They find that it simply signs them in if they're on the network, and when they're off the network they can reset their password any time. It's a super-easy experience you'd expect from a modern system such as Amazon, and so forth that we wanted to replicate for our volunteer users, and Okta gave us that.

So I'm very glad that the old way we used to set people up on the intranet has now finally gone because it was very manual. It involved a spreadsheet, and copy and paste, and setting people up one by one, so Okta has taken all that pain away. It's freed up my time to focus on much more interesting projects such as improving the search within the intranet, and improving the people finder, and so forth, which is far more what I'd like to concentrate on rather than manually provisioning our users to an outdated platform. So, we're very pleased with the way Okta's taken away the pain of provisioning now, and the pain of sign-on. So, users are happy, and I'm happy.

In terms of reporting on our users getting set up and logging in to Office 365 and other applications, Okta provides some great reporting tools where we can know where someone's having a problem, when they've been provisioned, de-provisioned, we can report on all of that and summarize it in a very simple way. This is a great tool we haven't had before, where everything was purely manual, and we had no reporting at all. So it's really great to see those simple but powerful reports where we can troubleshoot or do compliance, or do audit. All sorts of possibilities are now open to us in terms of the user journey from provisioning to de-provisioning, renaming, and so forth. So, very happy with the powerful reporting tool set we're getting within the product.

Based on the experiences we've had so far with Okta, I would wholeheartedly recommend that every company looking for a density solution puts them on their selection list and has a good look. And it's so easy to try it out.

There's no reason not to kick the tires. We did, and we loved it.

The UK-based Alzheimer’s Society’s new Intranet system based on Office 365 has allowed their staff and volunteers to get the content and resources they need. With features specialized in Office 365 such as allowing sign-ons via personal email for their users, Okta was just what they needed. Even better, its Single Sign-On solutions did away with cumbersome, manual efforts of user provisioning and allowed their 300 offices to communicate with each other in a more in substantial, meaningful way.