A Day in the Life of Andrew Fife: Marketing an Identity Steroid

It’s no secret that we have some pretty awesome people working for Okta, so it only seems natural to highlight a few of those folks here. For the third installation of our ‘Day in the Life’ series, we spoke to Andrew Fife, Okta’s director of marketing, about everything from how he starts his day (even before his coffee) to what he finds most rewarding about his job.

If you want to be greeted by a fist bump from Andrew every morning and think you might have what it takes to join our growing team, we want to meet you. Check out our Careers Page for available positions.

What is your current position and role at Okta? 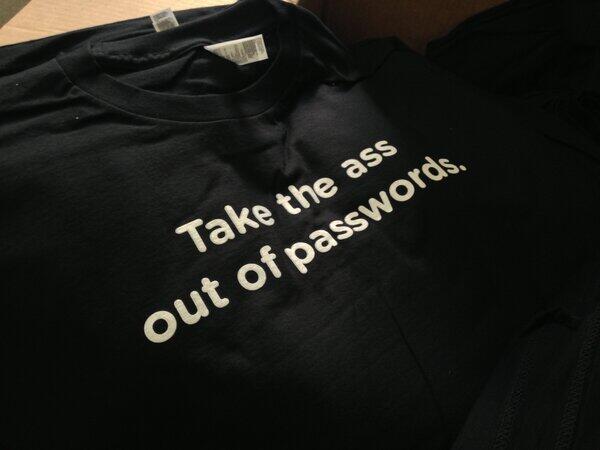 I handle four core areas of marketing, including field marketing, email and content marketing, as well as marketing operations. I love interacting with customers and prospects and this role provides lots of opportunity to do so, whether it’s working with customers on case study presentations, meeting prospects in tradeshow booths or even just analyzing how people react to various messages or themes across email and other online marketing campaigns.

Why Okta? What first attracted you to Okta?

It came down to the opportunity.

I really enjoy working with companies at the earliest possible stage, so the chance to craft a demand generation strategy around an awesome idea and product from scratch was enticing. I was only employee #17, and Okta’s first marketing hire, so I was the first person tasked with generating leads around our vision for identity. Kicking off a marketing program means a lot of hard work and sleepless nights, since in the early stages of a company there’s way more work than a small group can ever do. It’s always an incredible bonding experience because everyone is stretching further then they’ve ever stretched before and covering tasks that they’ve never previously owned.

Which leads me to another reason I wanted to work at Okta — the strong founding team. As SVP of engineering at Salesforce.com, Todd [McKinnon] had built the most scalable, robust and widely adopted multi-tenant cloud application in Salesforce.com. Moreover, he knew the technical and business challenges that IT faces when rolling out cloud applications across an organization, so Todd clearly was the perfect person to take on the identity problem and found Okta.

What’s the best part of working at Okta?

PTO… I’m kidding. It would probably have to be the people and progress.

Watching Okta grow over the last years has been incredibly inspiring. Along the way we’ve grown from zero to hundreds of customers and from having six apps in the Okta Application Network to thousands. Watching our product get better with each weekly release is such a welcome relief compared to enterprise software that really doesn’t work without an army of consultants to customize it.

In making all this progress, we’ve hired a lot of great people. We’ve grown from 17 to hundreds in the time I’ve been at Okta. We’ve got talented people across the organization, in sales, engineering, marketing, customer success, etc., but what impresses me most is that we’ve been able to expand without losing the drive and culture that made us so successfully initially.

So yeah, the three P’s: progress, people and PTO.

What stands out about Okta compared to other companies/start-ups you’ve worked at?

We’re solving a fundamental problem. I’ve often heard investors say that they want to invest in steroids, not vitamins; products, not features. Okta’s a steroid — an identity steroid. We’re so much more than a single sign-on feature because connecting people to applications and data is really core of IT.

I also think we’ve been lucky when it comes to timing. In my experience, timing plays a huge role in the success and failure of startups. For example, there was a hot company in our space in the early 2000s named Sxip (pronounced “skip”). Just a decade ago, people didn’t understand the importance of establishing an identity perimeter in the cloud because many assumed that cloud computing was a flash in the pan. Okta has had much better timing. Today it’s clear that cloud and mobile are fundamentally changing the landscape of IT and gutting the way enterprises think about identity in the process.

What is most rewarding about your role?

Well, there’s a handful of really rewarding things about my role, but I’ll share two.

The first is watching customers move through the lifecycle — starting off as prospects, moving through the sales cycle, choosing and deploying Okta, and eventually becoming advocates who speak to other prospects. For example, I met the IT team at Enterasys Networks at BigMachines's user conference back in 2010, and now I regularly work with Ben Doyle (VP Sales Enablement at Enterasys) when he speaks on our behalf to prospects and at other conferences like, most recently, Gartner’s Security & Risk Summit last month.

Additionally, marketing in general has gotten a lot more data driven in the last 5-10 years. Organizations have adopted these changes at differing paces and it’s great to be at a company that values data so highly. There’s nothing more depressing than getting marching orders to run a campaign you know won’t work from an executive team that isn’t interested in analyzing results. The analytics I can get across email, web, sales progress, advertising, re-targeting and even the Okta web application itself are all really cool. Marketing will always be a balance between art and science, but it’s great to work in an age where we can do more than just read tealeaves.

So, what’s the first thing you do when you get into the office?

I blow it up with my teammates.

You know, give them a pound, or a fist bump. Then I usually get some coffee.

If you could define Okta in one word, what would it be?

Fast-paced. If you stick a hyphen in there that’s one word, right?

Andrew Fife Day in the Life
Previous
Next