In the last decade, the IT switch has flipped. Where IT teams were once in charge of setting up employees with various technologies at work, those employees are now entering the workplace with their favorite tools and devices — and they’re looking to IT to find solutions that allow them to bridge the gap between home and work.

Industry experts discussed this topic and more at our Businesses @ Work event last week, which marked the fourth time we've released data that looks at how people are using their apps at work. The event featured a CIO + CEO panel, a discussion with numerous app providers featured in the report, a conversation between two security experts, and a few jokes about life in the world of tech (we’re lookin’ at you, 1996 desktop interfaces). Throughout the event, two key themes took center stage — building strong customer experiences and putting security in the hands of the user. 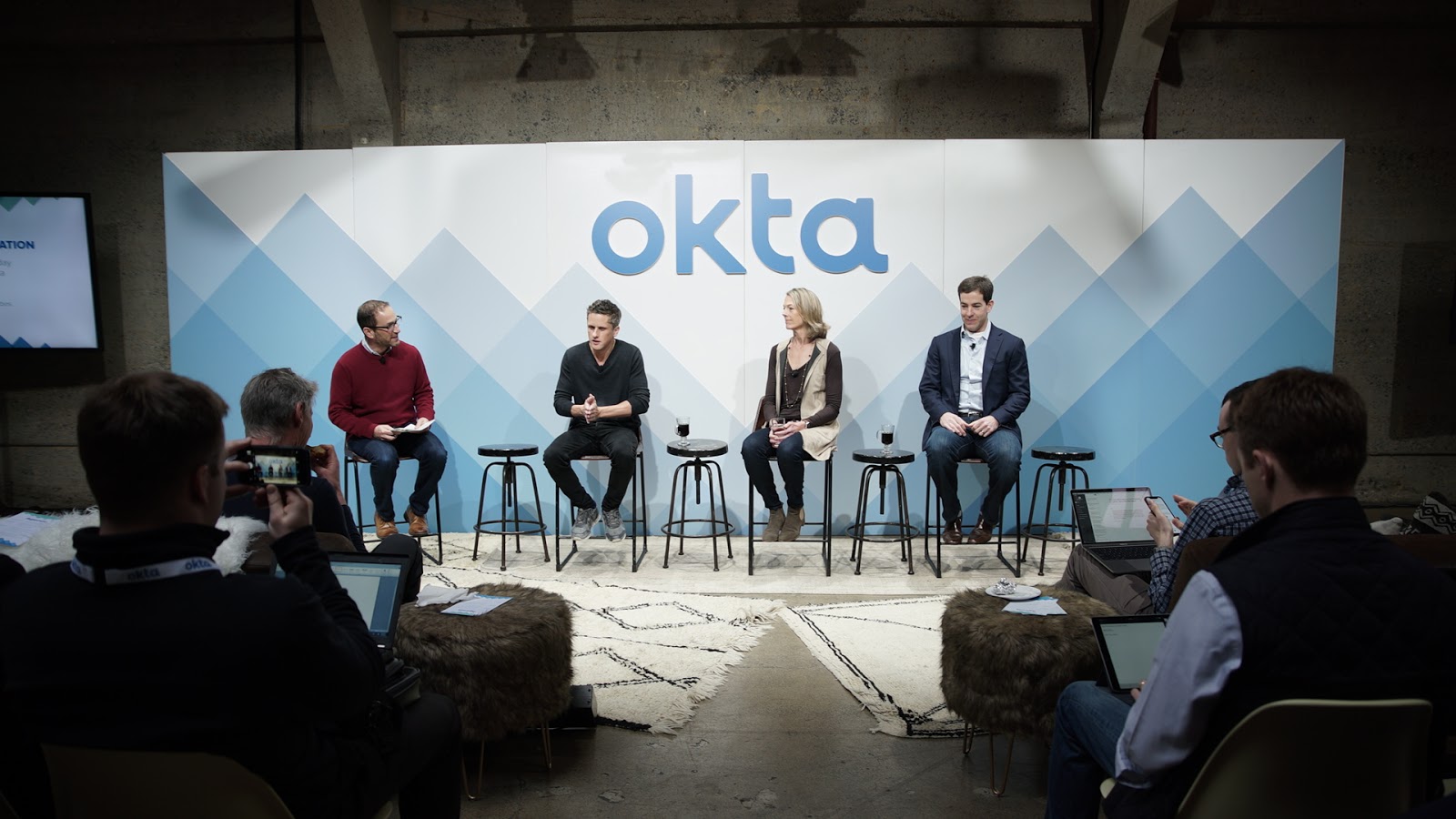 Let’s talk customers + culture
We kicked off the event with a CIO + CEO conversation, where Diana McKenzie, CIO of Workday, Aaron Levie, CEO of Box, and Todd McKinnon, CEO of Okta, talked about workplace trends, including artificial intelligence and machine learning. It’s not just a focus for Box this year — according to Aaron, it should be a focus for every tech-forward company. But with or without machine learning and artificial intelligence, they agree that companies should build their cloud and enterprise strategies on one concept: making customers more successful.

The panel, moderated by journalist Miguel Helft, also covered topics about culture in Silicon Valley. When asked, “What can tech society do better?” Aaron Levie, CEO of Box, succinctly responded — “a ton.” He and Todd discussed how today, we’re abandoning the idea that ping pong tables are synonymous with “culture,” and are instead embracing a new age where tech companies don’t exist solely to launch products and turn a profit, but to be forces for good. 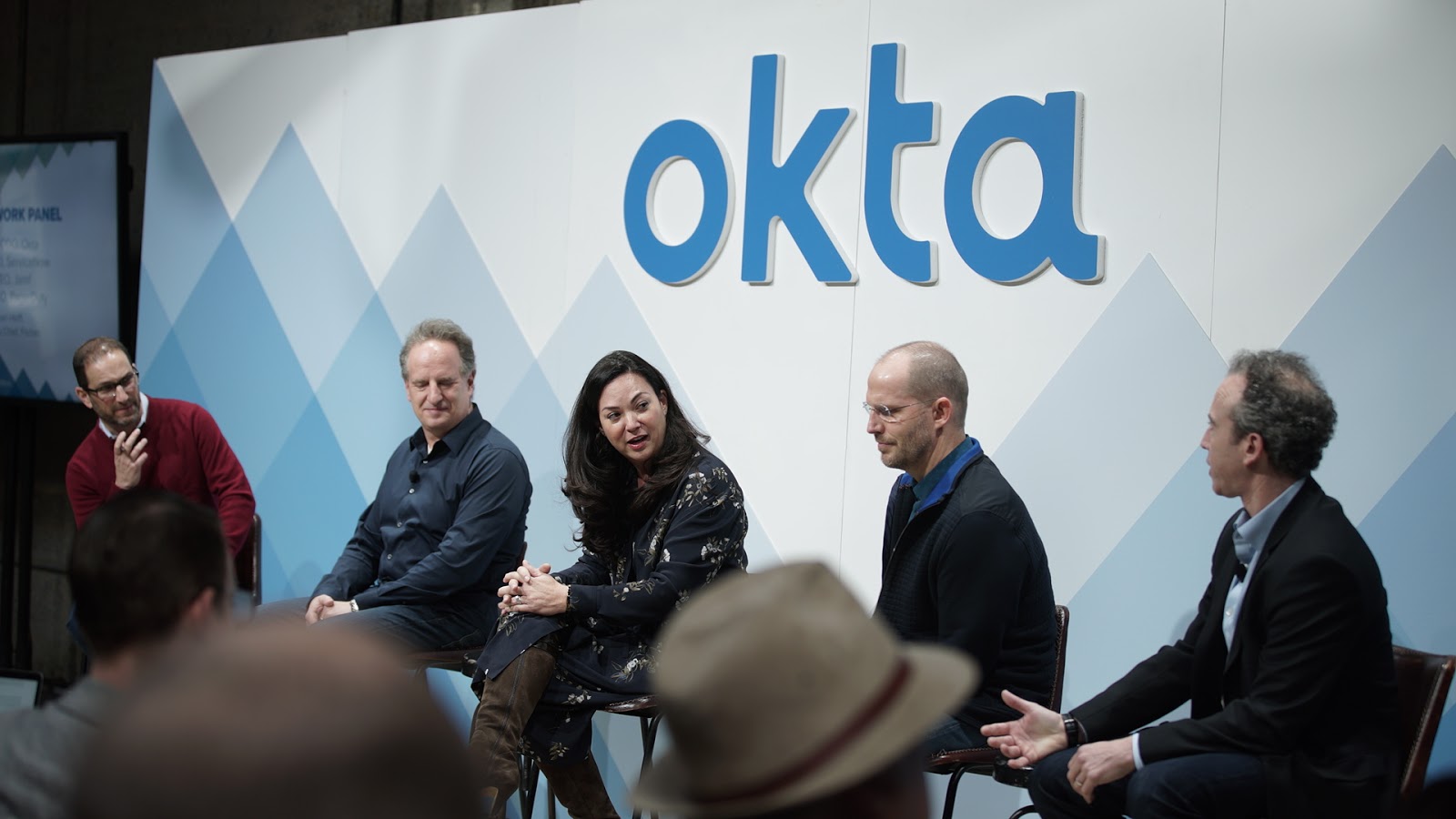 In addition to agreeing that user interfaces are more important than ever, this panel acknowledged that the consumerization of IT is changing how companies handle security. Enter Jamf, a software that manages Apple devices. It was the No. 1 fastest growing app on our network last year (growing 389% in 12 months!), indicating Apple’s shift into the enterprise via happy Apple device users. The panelists discussed how the consumerization of IT means setting up customers and employees with what they need right away, while still promising their data (and their company’s data) is secure. 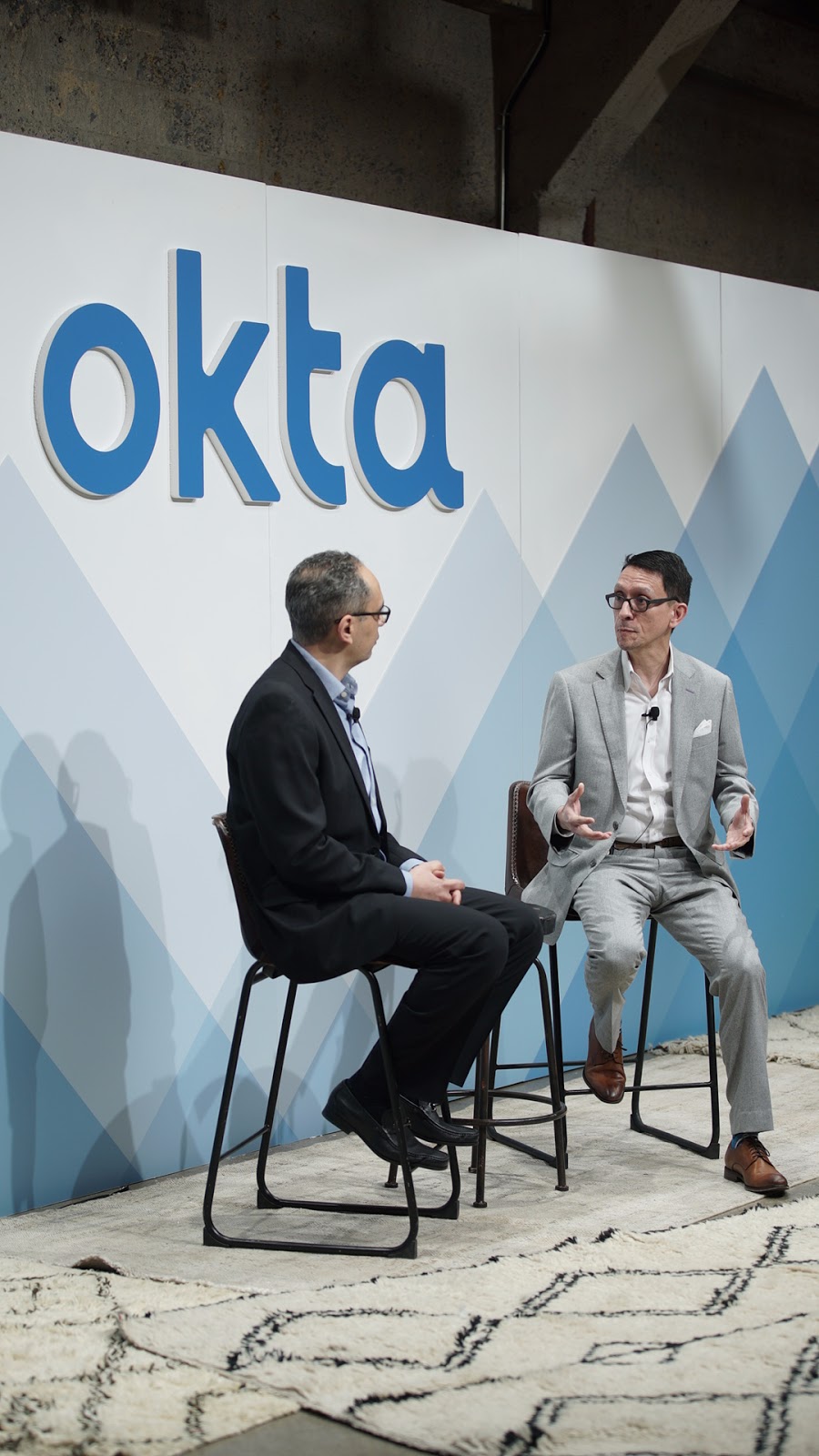 Above all, security
To wrap up the event, Okta Chief Security Officer Yassir Abousselham sat down with Enrique Alvarez, Supervisory Special Agent of FBI at San Francisco's Cyber Branch, to discuss how cyber attacks have changed.

They’re seeing new trends where attackers aren’t just guessing passwords to try and take over an identity. Instead, they’re developing sophisticated techniques that look at social profiles and other public information to build a profile of the target and an attack that increases their chances of getting in the door. It’s a new age of cyber threats, and the panelists are expecting to see even more sophisticated methods in the future.

In the end, customer success reigns
Our panelists all agreed that today, ensuring customer success is critical — especially because the tech landscape is changing so quickly. As Jennifer Tejada, CEO of PagerDuty, said, getting employees up and running on the devices they use every day is no longer perk, “it’s an expectation,” and companies have to create ways to make sure each person can be successful with the tools they use every day. From security to user access and everything in between, ensuring an enjoyable and secure experience lies at the center of what companies are focusing on this year.

Missed out on the event? Watch the full recording of the Businesses @ Work panels here and download the report here.

By Kristina Johnson The window of opportunity to avoid the most catastrophic effects of climate change is closing. We’re seeing this now, as large parts of the world face record…

By Paresh Bhaya Vijay Pitchumani From financial impacts to disruptions in an organization's operations, cyber breaches have long had wide-ranging implications for enterprise companies. Due to…

A new era begins at Oktane22

By John Zissimos What a difference three years can make.  Since 2019, when we last came together in person for our annual Oktane conference, Okta has welcomed millions of new…