Security and the API Journey 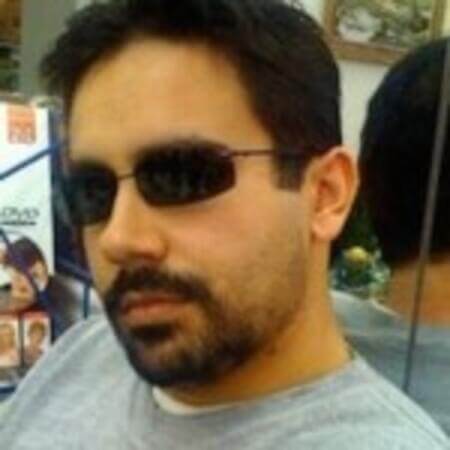 To explain why, I need to step into the ancient Internet history of 2002.

Around that time, Jeff Bezos wrote what has since become known as the “Bezos Memo.” In it, he laid out the Vision for Amazon’s internal systems and infrastructure and laid the groundwork for what would become AWS. Here are the paraphrased key points:

While these principles are obvious in 2018, remember this was 2002!

Setting aside the architecture and development implications, consider this communication aspect:

By designing for externalizability from the start, teams must favor simplicity and consistency in the services they deliver.

And the resulting business implication is that any currently-internal service today may become a revenue stream tomorrow.

Calculating sales tax is a stunningly complex and yet incredibly boring operations necessary for retailers. That’s why the sales tax API is my favorite. The ability to change it from a cost center to a revenue stream is mindblowing. But how do we get from there to here?

The vast majority of APIs start the same way. A team has a data source or functionality they need to share. They design a simple API with the minimally necessary functionality and share it within the team. If it solves a useful problem, other teams learn about it and request access. And then the word spreads and it turns out that nearly every team has a few APIs.

As documentation improves and adoption increases, dependencies between teams and systems explode. At this stage, teams have to systematize their practices to protect themselves and each other.

At this stage, teams will evaluate and start applying devops practices to ensure their APIs are deployed consistently and reliably locally or in their cloud. Regardless of the approach, this is error prone and challenging in the best of times so most teams will use automated deployment tools such as Jenkins or Travis CI.

The most advanced - or most risk averse - teams will take it a step further and automate deploying entire servers only hosting their APIs. This architecture is considered the beginning of microservices and allows teams to scale specific components/APIs as necessary depending on the needs of the moment.

Finally, the security policies and enforcement start to evolve. Our consumers are still internal but there are more of them and they’re deployed in more places. While the policies may be configured on a per-API basis, they’re more likely centrally managed and added to the services at deploy time by Jenkins or Travis CI.

At this stage, we know our APIs are useful because other teams are using them and most likely our partners and customers could use them too. If we open our APIs to customers and partners, we have two immediate benefits.

First, we can distribute our costs over a larger and larger group of API users. In some organizations - such as AWS or Twilio - that directly translates to revenue but at minimum it means we become important to more users.

Second, we solve more of their problems. As we demonstrate value, they integrate more closely and never consider replacing us. In the API ecosystem, companies like Salesforce and Twilio have demonstrated this this through incredibly low churn and strong growth.

Now security radically changes but most companies don’t realize it.

When we deployed APIs before, we knew the other teams using them. Whether it was a team down the hall or across campus, as employees, there was a shared understanding of proper security practices and policies. We could review their use cases and potentially even their code. In the worst case scenarios, we could call their boss to resolve the problem.

The dirty secret is that our security requirements never changed.

When we built our API, we believed it would be used as we planned by the people we chose for the use cases we identified.

In reality, the interfaces we design will have strengths and weaknesses we can’t predict. Some of those weaknesses will become vulnerabilities while others cause performance issues. The worst will do both. And unfortunately, the wider our API is used and the more use cases it addresses, the more likely malicious users will discover and exploit those problems.

In reality, users should only be trusted for certain actions in certain contexts for specific times. Further, API users can be malicious, unaware, or sloppy whether we know who they are or note. For example, the difference between a poorly written loop and a Denial of Service attack are in intent, not in function.

In reality, we can never predict all the use cases for our API. If we could, we would build and market those directly. For example, ten years ago no one would have predicted that you’d push a button on the super computer in your pocket and have a car appear minutes later.

API Security from Day One

The only reasonable approach for API Security is to consider it from Day One:

For a more detailed but strategic view, check out our new book on API Security written by our Developer Relations and Product Teams. It covers everything from describing Denial of Service attacks, various authentication and authorization methods, the basics of OAuth 2.0, and an overview of API gateways.

Keith Casey currently serves on the Platform Team at Okta working on Identity and Authentication APIs. Previously, he served as an early Developer Evangelist at Twilio and before that worked on the Ultimate Geek Question. His underlying goal is to get good technology into the hands of good people to do great things. In his spare time, he helps build and support the Austin tech community and occasionally blogs at CaseySoftware.com. He is also a co-author of “A Practical Approach to API Design” from Leanpub.

Okta Workflows How-To: How to Iterate Over Items and Create a New List (Using the List – Map Card)

By Amanda Rogerson While the term “Zero Trust” is ubiquitous enough to feel like a buzzword, adoption of the security framework is not as widespread as you might think.  The…

By Max Katz The Workflows team hosted 11 online meetups in 2022. These are no-slides, hands-on events, each running about 30 minutes. If you missed the live sessions or…