Active Directory (AD) was born in 1999, before the rise of cloud applications, iPhones and remote workforces. While AD met the identity needs of organizations in the early 2000’s, the needs of a modern organization have evolved beyond the capabilities of AD.

Constraints of AD in a modern world

• Reduced flexibility for change, due to AD’s static, proprietary directory

• Expensive to install and maintain

It’s likely you’ve encountered these trends and supporting them drives productivity in your workforce. The challenge— adopting and securing a modern IT stack requires modern identity. AD was never designed for this.

At the same time, simply decommissioning AD is not realistic as it’s responsible for triggering important workflows, supporting compliance, connecting devices, and more. Often, AD has become so entangled that admins lack visibility into all the AD related interdependencies.

Because of this, reducing reliance on AD is a journey. Luckily, Okta has helped thousands of organizations take their first steps toward an AD-free world and we’ve built the Rethink AD Maturity Model to share common patterns we’ve seen across organizations moving off of AD. 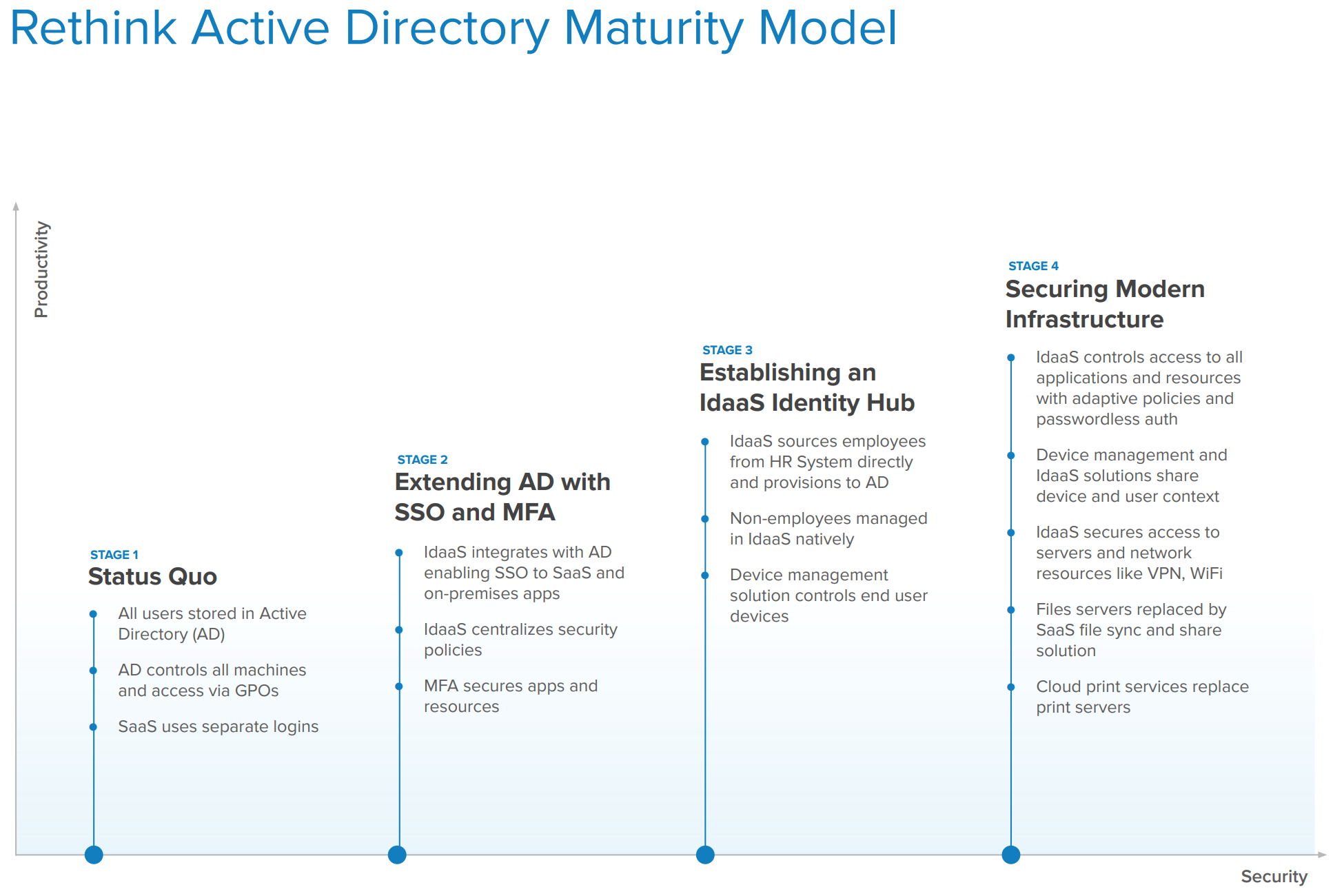