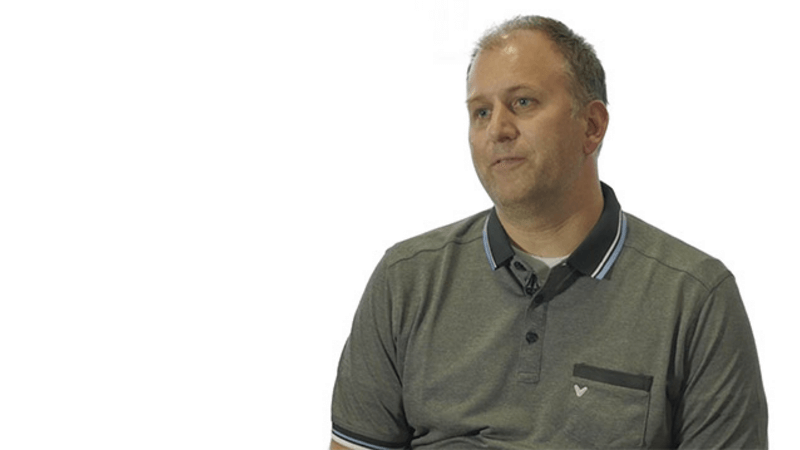 Overstock.com has a cloud vision. Partnership with Okta makes it real.

Carter Lee: Overstock has about 1500 employees. We are primarily an internet retailer, but we're also what I considered a technology company because that's what sets us apart from our competition. Trying to innovate as much as we can. I want IT to be known, have a good reputation and be known as an enabler. I think often we're seen as a roadblock. I think that cloud gives us the opportunity to really kind of get past the stuff that doesn't matter. The users don't care if there's storage on the back end or what the networking is like. It really allows us to focus in on the application, make that user experience really good. It also allows us in most cases to leverage somebody else to do the UI.

Carter Lee: Today we've really embraced it. I would say even though we're a relatively young company, we're only 15 years old, we still have a lot of infrastructure over those first 10 years that is starting to die slowly.

Carter Lee: My job is to, as it dies, to try to replace it with the most efficient system. Many times that's a hosted application, software as a service, or it's some other sort of cloud functionality. In some cases, it's not, and that's fine too. But the idea is that we're trying to make all those things work seamlessly together.

Carter Lee: We had purchased a identity solution years ago, and it never went live. So it was a really sore point. We took a few other years before we did anything in this space because nobody wanted to talk about it. I started to look at different options, and one of the options I found was Okta. It seemed to be the right solution for us because all the problems that we had before, we're trying to get the infrastructure to work. I also knew that we had things like ServiceNow, Workday, other types of software as a service, applications that were coming, and in some cases we didn't own those yet. But I knew that they were coming, and I wanted to make sure that all those things worked seamlessly together. Okta was the one solution that I found that solved both of those problems.

Carter Lee: One of the things that really stood out to me about Okta is the organization, the people. The other thing that was really huge, as I said, if we can really provision this thing in 15, 20 minutes like they say we can, and the support seems to be there for the following days to do some of the more complex configurations, then I'll buy it. I didn't tell the salespeople that, but I told our people that I'll buy this if they really can live up to those expectations.

Carter Lee: One of the top features of the Okta platform really kind of depend on how you're looking at it. I think in the past I was thinking all of your usernames, passwords kind of consolidated into one. That was the main reason people wanted me to look at it, but I knew it can be much more than that. For me, the provisioning was a big piece of it, and knowing that the future of what this platform could be, that I felt like Okta as a company had the right vision, shared my vision, saw where cloud was going, saw the problems I was going to have with cloud, and I thought we could solve that problem together. It turns out I was right. I think the future of where it's going is also a big opportunity.

Overstock relies on Okta's identity solutions to manage all of their apps and resources in one space.