Customer success is our most important value at Okta, which is why I am very excited today to talk more about the great relationship we have developed with Mike Jennings and his IT team over at LinkedIn.

And the funny thing is it all started with the LinkedIn service – really. We were still early on in the pipeline building and customer acquisition phase of Okta when one of our early reps used LinkedIn to connect to Mike. Nine months later when we were talking about the whole process he let us know that, as obvious as it may seem, it is a real filter he uses when deciding which vendors to talk to. Let’s just say we use LinkedIn pretty extensively for many aspects of our business at Okta from prospecting to recruiting, and it has been great across the board. 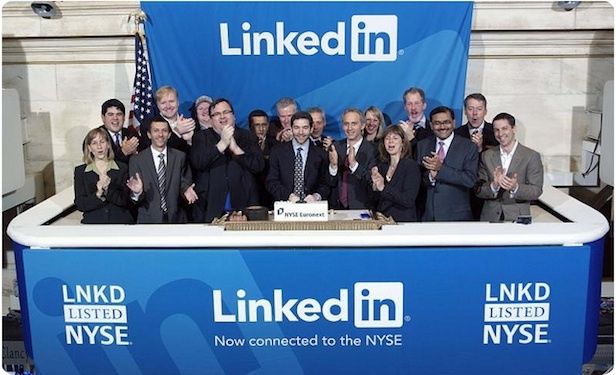 Similarly at LinkedIn, they leverage Okta successfully to increase the security of their cloud and web applications, increase the productivity of their end users to the tune of $240,000 annually, reduce IT provisioning costs by 30 percent and cut their Active Directory to cloud app integration costs by $87,000 annually – and we are just getting started!

When we first met with LinkedIn they were like many of the fast growing, mid-sized enterprises that we encounter. Business was good, employee count was ramping up quickly, they had a lean IT team and both centrally within IT and across the business units they had adopted close to 20 SaaS applications to automate their business processes and to exploit the power of the cloud. Time to value was greater for them with the cloud, the cloud apps were easier for end users to use once they were in them and the LinkedIn IT team didn’t have to spend additional resources managing infrastructure and maintaining and updating on-premises software.

But as this growth accelerated, and anticipating the increased regulatory scrutiny they would be facing as a public company after their IPO, the LinkedIn IT team needed a way to:

And being a cloud-centric IT organization, it was very clear to Mike and team that the solution to manage and secure these apps should also be in the cloud. In his own words:

“We are strong advocates of cloud computing, but our rapid adoption of SaaS solutions required us to rethink how we secure and manage our cloud apps and integrate them with Active Directory. We knew we wanted a service to solve these issues - not more on-premises software that we would need to manage.”

Like many of our customers, LinkedIn rolled out in phases. They started small with SSO for a productivity suite of applications including Docusign, Salesforce.com, Hoovers, Marketo and Xactly for 20 of LinkedIn’s sales and marketing employees.

As is also typical, the end user feedback from the initial rollout was so positive that the second rollout was expanded to include more than 500 users of Google Apps and since then, LinkedIn has been adding an application a week, and almost every employee now has an Okta account.

We’ve put together a case study that goes into greater depth about their deployment and the success we have worked with them to achieve, but some of the key highlights include:

Increased Security – This was the real drive for the LinkedIn team and now with Okta they have achieved this via centralized management of user permissions to control access across all of their cloud and web apps and they have a consistent, auditable business processes for disabling IT access for terminated employees -- all integrated with Active Directory and automated by and reported on via Okta.

Improved User Productivity – Thanks to the end user single sign-on homepage from Okta, LinkedIn employees are spending more time in the applications, and less time resetting passwords resulting in an estimated per user time savings of at least 2 hours annually that equates to $240,000 in improved productivity across their employee base.

But without a doubt the feedback from Mike and his team that we enjoyed hearing the most when pulling this case study together was:

“Most importantly, Okta has been very easy to work with, was extremely knowledgeable about the cloud and always willing to do whatever it takes to make LinkedIn and our cloud strategy successful.”

We built Okta’s on-demand identity and access management service from the ground up to help all companies securely scale their cloud adoption – whether it is their first app, or if they are like LinkedIn and the majority of their apps are already in the cloud. As I mentioned at the beginning of this post, it is in our corporate DNA to go the extra mile to make each and every one of our customers successful.

So congratulations again to Mike and his team at LinkedIn! They have done a great job securely scaling their cloud infrastructure and making their users wildly satisfied with the experience that IT is delivering. We have enjoyed helping them achieve this success to date and look forward to a long and rewarding partnership in the future.

Okta + the NCCoE are Ready to Rock Zero Trust Security

By Sean Frazier What do a security strategy, a government agency, and a rocker all have in common? No, this isn't a silly joke; it’s the way I’m thinking about how large…

Five Methods for Improving Your Customer Experience in Apps

By Ray McKenzie 89% of companies compete primarily on the basis of customer experience. The competition for customers has exponentially increased in the past several years and…