Athletes, musicians, and even businessmen and women know: it takes that certain something “extra” to take home the gold — something you can’t always put your finger on. But how do companies find these talented people with certain unnamable, yet distinguishable, qualities? Who determines if an applicant will be able to succeed? 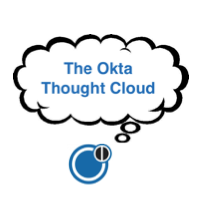 At Okta, we’re particularly interested in how IT departments find that something extra, so we asked our customers and partners who they thought should be involved in the hiring process. Should CIOs have a say? Why or why not? Their responses varied in our latest installment of The Okta Thought Cloud.

When it comes to finding that gold-winning spark, a few of our customers believe that the CIO plays an important role in not only the finding talent, but also in setting standards for the entire hiring process. George Hegedus, director of enterprise services at Rosetta Stone, explains that there are two major things CIOs should contribute to the interview process: they should 1) reinforce organizational culture and 2) determine whether or not the candidate can just plain get stuff done.

“While everyone in the interview process has an obligation to see if the candidate will fit into the culture, it is the CIO's leadership characteristics and vision that will reinforce that fit,” George explains.

Still, much like sport tryouts, what happens in an interview isn’t always the whole story — George points out that it might be difficult for a CIO to have a hand in every candidate’s process. He notes that though the CIO likely has the sixth sense about whether a candidate is the right fit, “in reality, CIOs are unlikely to have time to interview every candidate. Subordinate leaders should be looking for these same characteristics and can call the CIO in for a final sanity check if necessary.”

Daniel O’Leary, a solutions architect at Box, agrees: “A CIO should craft the goals and responsibilities of the position, but then set up the team - both IT and cross-functional - that will work with the new person as the primary interviewees and ultimate decision makers,” he said.

He adds, “A great CIO will go even further and assign focus areas for each person that interviews the candidate in order to gauge not only their technical expertise, but also their culture fit, success on past projects, and vision for what role IT should play in the organization.”

No team or league is the same, though, and each has a different approach to succeed. Similarly, our friends at First American Equipment Finance agree that while the CIO’s role is important to hiring, it differs depending on each company’s unique needs.

Chris Thibault, lead systems engineer, says the CIO’s role should vary based on company size. For “smaller organizations, like my own, it is critical that the CIO is involved directly through interviews. But even in larger organizations, I still think it is important that the CIO has met with a candidate prior to the hire. The CIO doesn't need to determine a candidate’s technical capabilities but more evaluating their personality and ability to work with and in the IT staff.”

Chris’ coworker, IT support specialist Pedro Sosa agrees, explaining, “I believe this depends on how closely the CIOs are to day-to-day operations. If the CIO is part of a large corporation, his effectiveness to relate the candidates’ skills to the day-to-day operations may be limited. On the other hand, if the CIO is part of a relatively small company, he or she will have a better connection and understand of what a candidate will need to complete the tasks.”

Now it’s your turn to weigh in: what do you think? Is your CIO involved in your company’s hiring process? Should he or she be? Let us know if you agree or disagree with our customers’ thoughts in the comments section.

Why Higher Education Needs Identity for Efficiency and Shared Services