Systems of Engagement: IT Architecture in Transition

Guest post by Geoffrey Moore, author of "Crossing the Chasm" and "Escape Velocity." 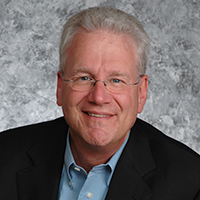 Geoffrey Moore, author of "Crossing the Chasm" and "Escape Velocity"

We have been talking for some time now about how enterprise IT is increasingly focusing on Systems of Engagement to complement what has traditionally been a Systems of Record function. Systems of Record came to the fore globally with the rise of client-server ERP systems running on top of the Internet, complemented by the Worldwide Web. Systems of Engagement, by contrast, came into being in the consumer space, driven to scale by Google, Apple, Facebook, and Amazon. In so doing consumer IT as a sector funded massive build-outs in both cloud and mobile computing. Now the enterprise has the opportunity to cash in on both at little to no expense to itself.

But there is a price to pay. Systems of engagement represent a second architecture, one that developed independently from the client-server stack, and enterprise IT leaders now must find a way to interface the two. This has led two different models to come to the fore, each of which I will be presenting at Oktane in November. Here is a brief preview of both.

This model develops a Systems of Engagement architecture that directly parallels the client-server stack showing a one-for-one correspondence between the core services specific to each. Thus, for example, client-server was built up around desktop computing, on premise applications, row-oriented databases, wireline networks, and data centers. By contrast, the cloud stack was built up around mobile computing, SaaS applications, column-oriented databases, wireless networks, and clouds. The two can co-exist, but already it is clear that IT spend is heavily tilted toward the new. This is causing all kinds of growth challenges for industry stalwarts and near infinite opportunity for next-generation disrupters.

Another way to model the architecture of Systems of Engagement is replace the idea of a stack with a more user-centric model. Think of a series of concentric arcs radiating out from a center point with the user at the core. In this model, the first circle includes content, device, and identity, three domains where the user has controlling rights, not the CIO. That is, “my content, my device, my identity.” The next semicircle includes the technologies that protect the enterprise’s rights—policy rules, security, groups, permissions, etc. That is, “These are our assets and to engage with them you must respect our rules.” The layer after that is the app layer, what allows the user to engage with the enterprise. And every layer beyond that is additional applications and infrastructure to support the app layer. In this model computing is migrating deliberately from humans in service to systems to systems in service to humans, and the goal is to reflect that new orientation directly in the architecture itself.

We’ll be talking about both models at Oktane as we engage with the industry to build out the best representations for how enterprise IT can assemble Systems of Engagement for business use cases. In a prior era much of the responsibility in this area was handled by Microsoft as part of its Windows & Office hegemonies. In the new era of mobile, however, there is no comparable de facto standard at the edge, and CIOs everywhere are scrambling to find a reliable foundation for deploying each new wave of BYO. This gives us lots to talk about, and we hope you will join the conversation.

Come see Geoffrey Moore (@geoffreyamoore) present his keynote at Oktane13 on Monday, November 4, 2013 from 8:30 – 10:30am in San Francisco, and don’t forget to register here.