A Day in the Life of Grant Bauer: Selling Okta From the States and Across the Pond 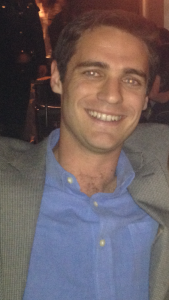 Some people consider trying a new place for lunch a risk. Others would categorize bungee jumping, skydiving or other extreme sports as taking a chance. And then there’s another breed entirely, those that can handle a transcontinental move solo. Our very own Grant Bauer is of the latter. Leaving friends, family and teammates back in San Francisco in 2013, Grant took a hop, skip and a jump across the pond to London to sell our identity and mobility solution to burgeoning markets across EMEA.

We recently sat down with him to see how the opportunity came about, why he took the leap and what it is about Okta that’s so special – no matter which side of the Atlantic you’re on.

To hear about our culture of promoting from within and the nuances of selling Okta to a foreign population, check out our interview with Grant in our latest “Day in the Life” segment below.

So, let’s get down to business. What do you do at Okta?

I’m a corporate account executive for Okta EMEA. That means I work with any of our prospects and customers that have between 250 and 1,000 employees across Europe, the Middle East and Africa. It’s a massive territory, and one of the only ones doing it out here in London.

Have you always been based in London? You don’t have an accent.

I’d actually been doing small business sales in the US and before that was an SDR. I was based in San Francisco at Okta’s global headquarters. When the company offered me the position in the UK, I was a bit taken aback. I’d essentially be doing the same thing – qualifying leads for account executives as an SDR – but in a new country. Would it be worth the trouble?

I was able to take a step back, and I realized it was an opportunity to start at Okta all over again, from the ground up. In fact it was one step backwards, but two steps forward. I’d have my fingerprint on every deal that came in, and I’d have a hand in bringing in new teammates. It would be a start-up within a fast-growing enterprise software company. I was one of three employees that ended up taking the plunge – and I haven’t looked back since.

That’s a huge commitment! You must have been really invested in the company. What attracted you to Okta initially?

I knew I wanted to be at a fast-growing tech company, but when I started doing some research, I found most were selling products that aligned to groups within other businesses. It felt a bit siloed. Okta, on the other hand, is overarching. Every single person within an organization has an identity. I’m not selling to just the sales department or the marketing team or HR. Okta’s solution touches every single person in a company, and is critical to getting work done in today’s cloud and mobile world. Some Okta customers, like Rosetta Stone’s George Hegedus, even swear they log into Okta before grabbing their morning cup of coffee.

And that was more than two years ago. Our customers have a lot more to worry about today. Employees are bringing their own smartphones to work, and their data is everywhere. We’re widening the scope to help companies manage all their employees’ data by providing users with a single identity across every application and device.

Do you find Okta typically promotes from within?

Absolutely. On my very first day, my manager told the SDRs that our goal was not to be good at qualifying leads, but to move up and close business. Okta’s culture is a training ground for building teams that can support folks to move up and give you every opportunity to grow. The emphasis on promoting is something they actually mention in the interviewing process, and could be considered a company mantra. That shows, especially as we grow globally.

We’re continuing to hire in EMEA, and we actually opened an office in APAC last year. I would imagine the opportunity to work outside the United States will only increase in frequency, and it’s one I would highly recommend to anyone, especially in the supportive environment we have here at Okta!

How is it different selling in EMEA than it was in the US? 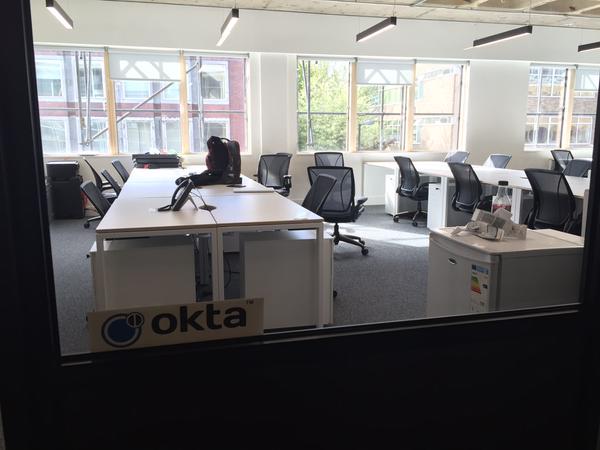 As an SDR in San Francisco, I covered the central US. I draw a lot of similarities to where we were there and where we are now in EMEA. You get the opportunity to guide the market and talk to people who still haven’t yet seen the light when it comes to the world of cloud and mobile technology. A lot of times our clients aren’t ready to make a purchase when we initially get on the phone, but we get to plant the seed. Later down the road, you’ll be the first person or company they’ll think of when they’re ready to move their current processes to the cloud. Just in the past year, I’ve seen a lot of people come back with projects and use cases, and we’ve already built a lot of momentum. We actually just moved into a new office last week to make room for the growing team — we’ve grown from three employees to 23 employees, just in the past 18 months!

Do you have a memory that stands out from your time at Okta?

Yes, and it’s from my early days on the sales floor in San Francisco. At the time, the company was still in one building – in fact, we had just one floor. There were only seven or eight SDRs, but it would have been easy for us to get lost in the mix. My brother and father are both in software sales, and from what I’ve heard, it can be a thankless job. But at Okta, I had a different experience.

I have a vivid memory of our company’s co-founder and COO, Frederic Kerrest, coming around the corner after we’d closed a big five or six figure deal. Instead of going up to the AE who closed the deal, he went directly up to the SDR that started the opp to congratulate him or her. I’ve seen the AE often get all the glory for a big contract, but the leadership team at Okta has continued to really make it a point of making sure everyone knows they’re valued and important to our overall mission – and that’s both impressed and stuck out to me.

And, as always, we like to ask our “Day In The Life” candidates to define Okta in one word. What would it be for you?

This might sound cheesy, but it would be opportunity. If you speak to any analyst at a research company, every single one will say the cloud is going to take over. But you can’t make a cloud purchase without figuring out how you’ll manage identity. We rode this huge wave, and the opportunity is massive.

The cloud was just the first wave. Today, our customers encourage their employees to embrace new ways of working, from rolling out flexible BYOD policies to letting employees access files from the cloud. But in order to keep everything secure and offer our customers peace of mind, we needed to wrap device management into what we offered. So last November, we released a mobility management product. The way Okta handles cloud adoption, it was a no-brainer to throw mobility into the mix.

That said, we’re still in the hustle phase. We have fantastic customers, with household names – see the logos on our website if you don’t believe me – but there’s still a massive opportunity to go more global, get bigger and have our already happy customers come back for more.

Want to sell a product that already in use with 2,000+ enterprises, move abroad to work with a growing, global team or help unleash the infinite power of cloud and mobile? Check out our careers page to join the team, because we’re hiring!