Varian on #Oktane15: Centralizing the Customer Experience and Averting Identity Crisis with Okta 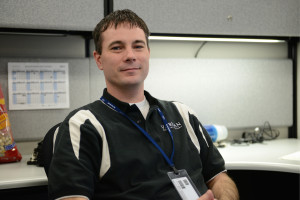 In preparation for Oktane15, we’re featuring Okta customers and speakers in a series of blog posts. To kick off the series, Matt Egan, senior IT systems engineer at Varian Medical Systems – a leader in radiation oncology treatments and software – shares more about himself and why he’s excited about Oktane every year.

Two years ago, my understanding of Okta was casual at best. I knew it was the SSO solution a few team members had implemented and that it relied on SAML, which I also didn’t really understand. As far as I was concerned, Okta was comprised of two guys: Aaron Yee – at the time our sales engineer, pro services engineer, technical support and go-to-resource for all SSO/SAML questions – and Stephen Fontana, our salesman, customer success manager, primary escalation point and all-around good guy.

In September of 2013, I was assigned as one of the primary engineers to migrate our existing customer portal to a Salesforce-powered one. We knew this was a big project for Varian internally, replacing our CRM with a cloud-based offering. We wanted to simplify and streamline the experience for our users, which was a pivotal shift I hadn't fully grasped at the time.

In preparation for the project, my boss suggested we attend Oktane13 to get familiar with Okta’s capabilities. I don’t get out much, so I was eager to attend. Initially, my motives were simple:

During the weeks leading up to the conference, we were gathering requirements for the customer portal and finally faced the impetus to figure out what this SAML thing really was. A second service we offered was a learning management system (LMS) and, as a SaaS offering, there was an expectation that the user would be able to flow seamlessly from one service to another. In my naiveté, I was stuck trying to figure out how to synchronize and securely coordinate user passwords between these disparate systems. 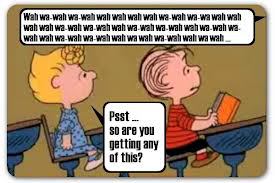 Luckily, my concerns about password synchronization were quickly and tactfully dismissed by Jerry Waldorf from Okta’s budding professional services team. As he described how a SAML integration would work, I heard the equivalent of an adult talking in a Peanuts comic strip, “Mwa-wah-wah-ma-mwa-wa.” My understanding aside, Jerry laid out an approach where customers would use Okta accounts to sign in and access both the customer portal and LMS, with seamless transitions in between.

Around the same timeframe, I learned from our marketing department that an application-specific login page just wasn’t going to meet their requirements. I was again swimming in uncertainty, as our original solution hinged on users logging into Okta before being redirected to the customized customer portal. The solution to overcoming this seemingly insurmountable hurdle came in the form of a restful API, which at the time sounded like a lot of work.

Suddenly, my motivations for attending Oktane changed. I needed to learn everything possible about SAML and the Okta API – and it needed to be soon. I still have the spreadsheet I created to ensure I was hitting every relevant session.

It’s only now, two years later, that I fully appreciate the contextual relevance and ultimate value that these sessions provided. I was out of my element and in over my head when it came to satisfying the demands of our customer portal project. Seeing the capabilities and talking with people who had used them gave me a chance to get my bearings. Interacting with identity visionaries like Karl McGuinness gave me a push in the right direction, and hearing firsthand Todd McKinnon’s plans for Okta, as well as the trust investors have in him, gave me confidence that this wasn’t just hype.

Our customer portal project didn’t come without challenges, and there were times when we discussed alternatives and evaluated contingencies, but Okta delivered when we needed it most. I left Oktane with the tools and motivation required to see things through. It’s clear that our choice was the right one. We continue to leverage the platform, its expanding capabilities and ever growing integrations to extend the reach of our central customer identity.

What I initially misjudged to be a content centralization effort turned out to be the model case for centralized identity management strategy. The result is a platform that offers customers the best of breed in services without an identity crisis at every turn.

As for Oktane, what I initially saw as a boondoggle turned out to be a career-changing conference. And yes, I did get to fulfill my initial goal of getting out of the office, and the party at Lucky Strike did not disappoint (and has only been outdone by the Oktane14 party the following year at the Exploratorium). If the trend continues, the “What happens in Vegas stays in Vegas” adage might be the only thing anyone hears about Oktane15.

In his Oktane15 session, “Centralized Identity for Business Partners,” Matt will share his journey with Okta as he provides a successful platform for Varian’s internal business partners. Check out Matt’s session, read about the other 39 sessions on tap at Oktane15 and reserve your seat today. See you in November!