At Okta, creating secure connections for our customers is the top priority. Although more and more applications are being moved to the cloud, many customers operate in a hybrid environment with key applications remaining on-premises. For these organizations with on-premises IT infrastructure, our partnership with F5 Networks ensures that end-users can access the right apps at the right time in the most secure and efficient way. The joint solution enables enterprises to securely expose on-prem web applications to people outside their company and replace legacy Web Application Management solutions with a unified approach to SSO.

F5 is a valuable Okta partner and we’re excited to see them continue bolstering their security offering with the recent launch of the Herculon product set. Like Okta, F5 is committed to providing customers with the best in IT and network security, and it doesn’t go unnoticed.

“We are excited to see two of our partners bringing a best of breed, hybrid cloud and on-premises security solution to the market,” said Brent Wissbrod at Accenture Security. “Many enterprises today have a hybrid IT environment with users logging on via cloud to a variety of applications, from a variety of devices. The F5 + Okta partnership offers a compelling and efficient way for IT managers and end-users to manage, adopt and access cloud and on-premises applications.”

As we ensure our customers can securely access their apps regardless of whether they are in the cloud or on-prem, F5 will continue to be a key partner for us. For an in-depth look at our joint solution with F5, check out the comprehensive integration guide for web access management with F5 BIG-IP. 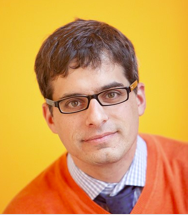 Ron is a Senior Director for Technology Partnerships and leads the integration and go-to-market programs for the Okta Application Network (OAN). His goal is to ensure that Okta is the single best company to partner with anywhere, in any industry. Period. Prior to Okta, Ron held business development and partnership roles at Hearsay Social and Firefox. During that time, he partnered directly with such companies as LinkedIn, Salesforce, Facebook, EA, Twitter, Disney, YouTube, Wired, and Dropbox among others.

In his free time, Ron loves to skateboard. He considers not having broken any major bones as a significant accomplishment.

More than ever, today’s businesses are looking for technology that’s remote ready, cost-effective, and competitive. And as legacy solutions fail to meet these expectations,...

Rubrik burst onto the scene in 2014 as a leading provider of cloud-based data management and protection solutions. The Church of Jesus Christ of...

We’ll be the first to say that modern identity and access management (IAM) systems are complex. On the one hand, they need to be...

Companies who employ DevOps programs have a goal in mind – to enable velocity at scale. Getting software out the door faster and more...