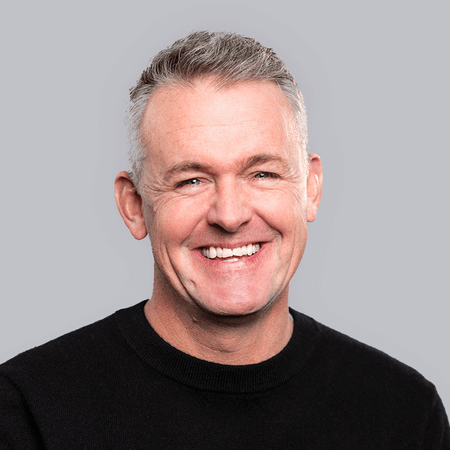 Believe it or not, we’re only a few months away from our favorite three days of the year — Oktane. Come August 28, we’ll be gathering thousands of IT professionals, developers and security leaders in Las Vegas to explore the extraordinary power of you.

Before I have the honor of unveiling the most anticipated part of our Oktane agenda, I wanted to pause and emphasize this: “the extraordinary power of you.” At Okta, we know that you are at the center of innovation for your organizations. We’ve seen firsthand how you transform organizations. You lead the way. That’s why Oktane17 is all you.

You, Okta experts, and a handful of powerful keynote speakers. Not only will Okta co-founders Todd McKinnon and Frederic Kerrest take the Oktane stage yet again this year, but they will be joined by renowned technologists, investors, entrepreneurs and comedians — as well as a championship-winning NBA coach. Take a look at our esteemed keynotes:

Ben Horowitz: Investor, author + co-founder of a16z Not only is Ben Horowitz a cofounder and general partner of the venture capital firm Andreessen Horowitz, he is also The New York Times bestselling author of “The Hard Thing About Hard Things,” which is now available in over 16 languages. And he was the first person to invest in Okta, writing a check for the company before a16z even had furniture. Prior to a16z, Ben was cofounder and CEO of Opsware (formerly Loudcloud), which was acquired by Hewlett-Packard in 2007 for $1.6 billion, and was appointed vice president and general manager of Business Technology Optimization for Software at HP. Ben serves on Okta’s board, in addition to several other a16z portfolio companies.

Steve Kerr: NBA coach + championship player If you’re based in the Bay Area, you don’t need me to tell you who Steve Kerr is. But for those non-basketball fans based elsewhere, let me throw some stats at you: entering his third season as head coach of the Golden State Warriors, Steve Kerr engineered the most successful campaign of any first-year coach in NBA history in 2014-15, culminating in the Warriors winning the fourth NBA Championship in franchise history and the first in 40 years. During his playing career, Kerr made the playoffs 11 times and is one of only 26 players in NBA history to win five championships.

Megan Smith: former CTO of the United States Megan Smith served as the 3rd United States Chief Technology Officer and Assistant to the President (Obama) in the White House Office of Science and Technology Policy. In her role, Smith and her team helped the President and the Administration harness the power of data, innovation and technology on behalf of the American people. Prior to her role as U.S. CTO, Smith served as Vice President of New Business Development at Google managing early-stage partnerships across the company’s global engineering and product teams for nine years. Later she served in the leadership team of Google[x] where she co-created SolveForX and Women Techmakers.

Rainn Wilson: Emmy award-winning actor, author + founder of SoulPancake For those of you who attended Oktane16, you know Rainn Wilson was lined up to join us, but unfortunately he couldn't make it. Now, we're delighted he'll be back! Rainn starred in long running NBC Emmy and Screen Actors Guild Award winning series for “Best Comedy,” “The Office” as ‘Dwight Schrute’. Beyond this loveable character, in 2008, Rainn and two friends started the program SoulPancake to create a space where people from all walks of life could discuss and question what it means to be human—a place to wrestle with the spiritual, philosophical, and creative journey that is life.

Reshma Saujani: Activist + founder of Girls Who Code Reshma Saujani is the founder and CEO of Girls Who Code, a national non-profit working to close the gender gap in technology and prepare young women for jobs of the future — a mission I (as a father of two ambitious daughters) wholeheartedly support. Reshma first garnered an enthusiastic following as the first Indian-American woman in the country to run for U.S. Congress. Following the race, she stayed true to her passion for public service, becoming deputy public advocate of New York City, running campaigns on the platform of creating educational and economic opportunities for women and girls, immigrants and those who have been sidelined in the political process. In her book, Women Who Don’t Wait in Line, Saujani advocates for a new model of female leadership focused on embracing risk and failure, promoting mentorship and sponsorship and boldly charting your own course— personally and professionally.

For more info on our keynotes, details on pre-conference training or to register now, visit our website: https://www.okta.com/oktane17/

And if you can’t wait until Oktane, join our product experts at our upcoming Okta Forums in New York, London and Washington, DC. More info is available here: https://www.okta.com/forum17/

Ryan Carlson is Chief Marketing Officer at Okta. As the head of Okta's Marketing team, he oversees Corporate Marketing, Communications and Content, Enablement, Solutions Marketing, Demand Generation, Sales Development, and Marketing Technology. His charter? Get the world to know, love, and share the Okta story.

Ryan has worked in technology and startups for more years than he cares to cite. Before joining Okta (back when the team was just a few dozen strong), he ran product for smart-building company Redwood Systems. He's held various product and marketing leadership roles at semiconductor companies Xilinx, Velio, and Cypress.

Ryan holds an MBA from Columbia University and a BS in Electrical Engineering from the University of Colorado.

He lives in Oakland with his wife and two young daughters. A few of the hobbies that he has given up include backpacking, fly-fishing, and exercise.