Oktane Days 1 and 2: Addressing the Challenge of Our Time

The first two days of Oktane18 have officially come and gone. Thousands of developers and IT professionals arrived at the ARIA Resort & Casino in the heart of Las Vegas on Tuesday for three days of networking, 1:1 time with experts, insights into the latest security and identity technologies, and outstanding keynote speakers.

Kpayah Tamba, the director of Okta’s certification program, said it best when he noted that “It is an exceptional feeling to experience the devotion of admins, engineers, consultants, and developers from customer and partner companies alike to their craft. There’s no better way to set oneself apart than to undergo rigorous preparation and walk away with a coveted credential like an Okta certification.”

While Oktane18 officially kicked off with a welcome reception Tuesday evening, day two (Wednesday) had us jumping into a number of sessions covering everything from product roadmaps to success stories from Okta partners and customers. Whether you were with us in person or are following along from afar, here are some of the highlights...

Who we saw: Okta’s CEO; a record-setting athlete; and the former president of the United States

The second day opened with an insightful and optimistic keynote speech from Todd McKinnon, co-founder and CEO of Okta. “Identity is the challenge of our time,” McKinnon noted. Outlining his vision for one seamless integrated web, he emphasized the need for a center of gravity. “Have that center of gravity be identity.”

In line with this vision, McKinnon made a number of exciting announcements that will help to further connect people to the technology they need to succeed, including Okta + Workplace, a new partnership as part of Okta’s Project Onramp. “This may eventually turn into a full-fledged marketplace or app store” he noted. “But this is different [from all other marketplaces] — it’s neutral”. Noah Wasmer, VMware’s SVP and general manager, end-user computing, also joined the stage to announce Okta and VMware’s new strategic partnership to build better user experiences through the shared capabilities of Okta’s Identity Cloud and VMware Workspace ONE. “This is a 1+1 = 5 moment for both companies,” said Wasmer. 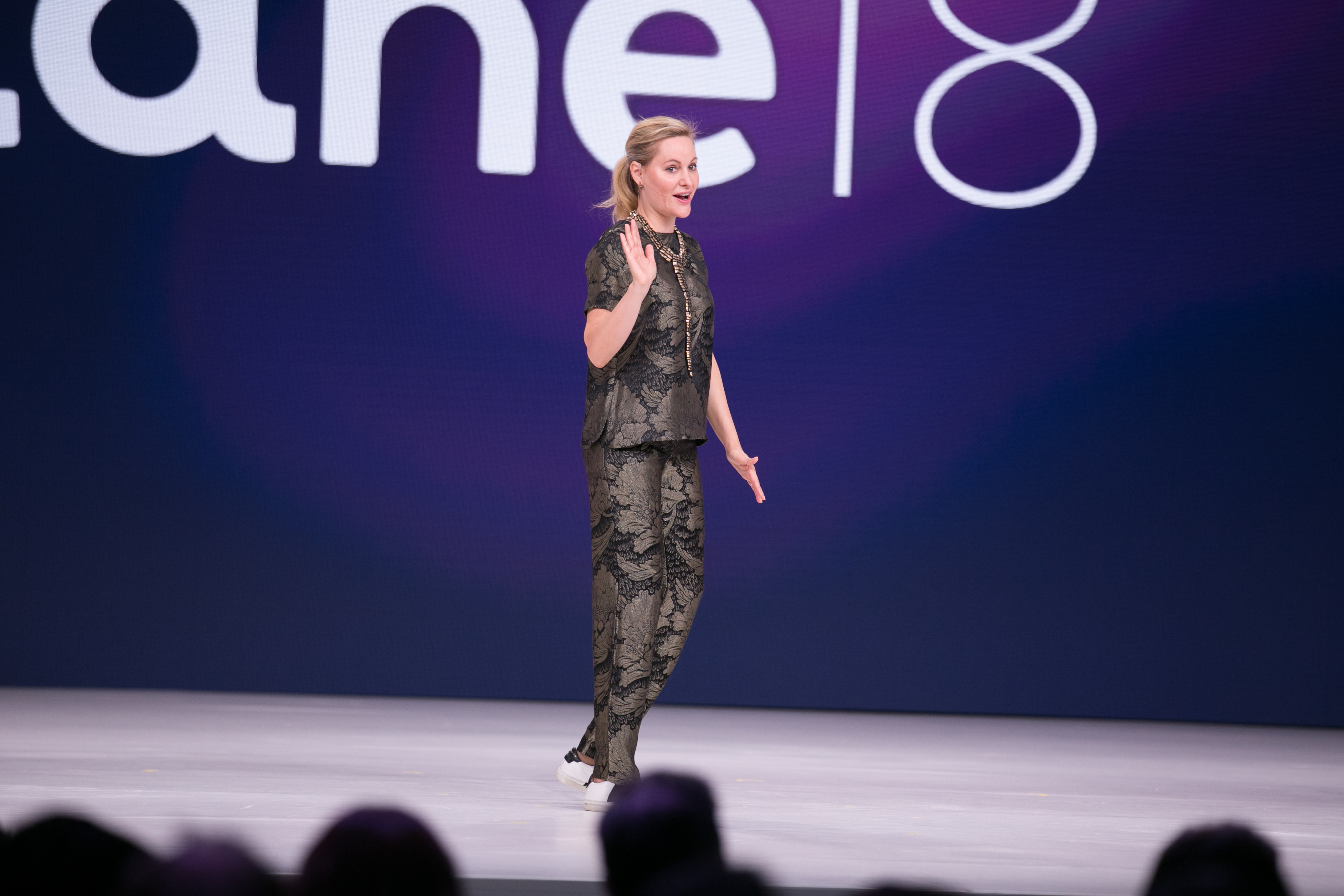 Aimee Mullins, the Olympian, storyteller, TED All-Star, and all-around Renaissance woman left us feeling inspired to always stay curious and get uncomfortable so that we can continue to grow. Reflecting on her own career as a paralympic athlete, she noted that we need to “look beyond the edges of our known experience” and reject the limitations that we put on our own potential. She reminded us: “You can’t afford to be normal when you’re trying to do something extraordinary.”

Of course, one of the most anticipated talks of the day was the evening keynote address from President Barack Obama.

What we learned: it’s time to take identity management seriously — and Okta’s security roadmap is here to help

Want to learn more? Read on: Identity + Security: Past, Present and Future

Missed the session? Read our announcements about passwordless authentication and our new ThreatInsight tool.

What we did — revisiting tech’s gendered history

In the afternoon, Claire L. Evans, author of Broad Band: The Untold History of Women Who Made the Internet, hosted the Women in Tech Lunch. Speaking to a full room, Evans put the spotlight on female pioneers who defied convention to become the earliest programmers, information-wranglers, hypertext dreamers, glass-ceiling-shattering dot com-era entrepreneurs, demonstrating how women were involved in some of the earliest iterations of the world wide web and ensuing technologies. While history tends to attribute major accomplishments to “solitary geniuses,” Evans reminded us that nothing is born in a vacuum: every great invention emerges from a continuum of experimentation and ideas, and that process requires all opinions and genders around the table.

What we’re looking forward to: another full day of Oktane awaits

With a full range of sessions going on, we get to do it all over again tomorrow! After the Oktane18 Party at Drai’s Nightclub, headlined by Walk Off the Earth, we’re looking forward to the Thursday morning keynote (with experts from Cardinal Health, JetBlue, charity:water, Splunk, 21st Century Fox, and Okta), as well as a session with supervisory senior resident agent Enrique M. Alvarez of the FBI’s San Francisco Cyber Branch, who will be talking all things cybersecurity and letting us in on how the FBI investigates cyber intrusions.

See you then and keep following along at #Oktane18!

Okta + the NCCoE are Ready to Rock Zero Trust Security

By Sean Frazier What do a security strategy, a government agency, and a rocker all have in common? No, this isn't a silly joke; it’s the way I’m thinking about how large…

Five Methods for Improving Your Customer Experience in Apps

By Ray McKenzie 89% of companies compete primarily on the basis of customer experience. The competition for customers has exponentially increased in the past several years and…