A Tiger Can’t Change Its Stripes: Three Reasons Why Vendors Can’t Do Both Legacy and Cloud

Whether you call enterprise software sexy, cool or still super nerdy, there is no denying that this space is hot. There’s no shortage of headlines, industry reports and blog posts that cover the surge in business technology – many of which pit legacy behemoths and emerging cloud players against each other in a heated battle for the future of the modern enterprise. 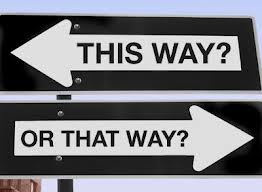 Software put forth by legacy providers and emerging cloud players may look similar in terms of user interface and bulleted features on marketing collateral or websites. However, if you go one step further to dig into their respective technology and business models, you’ll realize that the only similarity is their shared ambition to dominate a $270 billion enterprise software market.

The funny thing is that we continue to see industry analysts, CIOs and pundits believing new offerings like Microsoft Azure or HP Cloud stand a chance against Amazon Web Services and Google Cloud Infrastructure. Or that the likes of Oracle can buy their way into the cloud via acquisitions such as Taleo and Eloqua to remain competitive.

They could not be more wrong.

Software vendors that focus exclusively on delivering cloud-based services have a big advantage over those trying to support both legacy and cloud ambitions. There’s just too much territory to cover – and not nearly enough overlap – to have it both ways. This reality will play out in a big way during the next few years. Here are three reasons why:

1. An Entirely New Way of Thinking (About Revenue)

Legacy vendors such as Microsoft, IBM and Oracle built their businesses through local installations, expensive licensing deals and big upfront investments (followed by ongoing maintenance and consulting fees), whereas the onslaught of cloud-based players have gained market share through multi-tenant architectures and monthly subscriptions.

Moving pieces of a decades-old organization to a subscription-based cloud model is a big deal. Not only does it shift how you compensate your sales team (not an insignificant adjustment), but also changes expectations set for investors, capital requirements and financial planning objectives. It’s an entirely new way of doing business that global behemoths with 100,000+ employees and public market standing can’t do successfully because of their history with traditional software models.

Cloud vendors have built their products to use resources much more efficiently than legacy players – generally resulting in lower TCO due to the economies of scale created by shared infrastructure and distributed over all users. Instead of the traditional software model in which every customer is forced to buy tens or hundreds of computers to run the software, cloud vendors run their services with a tiny fraction of the overall hardware legacy customers must buy. (Yes, the cloud is terrifying if you're in the business of selling servers.)

Plus, it’s not only hardware costs that make the difference. Cloud technologies also save billions of dollars in unnecessary installations, configurations and software upgrades that on-premise set-ups require. As a result, cloud vendors create high margins while also saving customers significant amounts. In the case of Okta, Forrester noted in an October 2012 report that cloud-based identity and access management solutions like ours allow for a 90 percent reduction of operations and development personnel costs compared with on-premises installations.

Legacy vendors would be foolish to not attack the massive opportunity that cloud computing presents. But they’re quickly learning that they can’t fake their way into the cloud.

3. ‘Porting’ to the Cloud Doesn’t Cut It

To stay relevant, many legacy vendors now say they’ve ‘ported’ or ‘migrated’ their applications, platforms and infrastructure to be cloud, though that’s hardly enough. Cloud and legacy products may look identical on the surface and have similar features, but they are fundamentally different architecturally-speaking.

When vendors say ‘ported’ they usually just mean is that it’s the same software running on the vendor’s computers in the vendor’s data center. That also means that many customers are actually running different versions of the software – just like the old on-premise world. Upgrades to new product releases are done on a one-off basis, leaving most customers well-short of the latest innovation or version. Cloud vendors, on the other hand, upgrade everyone together. That means that everyone benefits from constant innovation – often introduced on a monthly (if not weekly) basis.

Cloud software is designed to use shared computers in a very efficient way. This is not a small ‘tweak’ of legacy software vendors can make over the course of a few months – or even years. Sure, they can play in the cloud, but if they want to actually compete, there’s only one way. And that only comes from reinventing themselves at a deeper level and building an entirely new offering from the ground up – not just acquiring other companies. No exceptions.

Old-school vendors that have made their names with on-premises solutions now want the best of both worlds — and for good reason. Gartner predicts cloud-based business application services will grow to $32.2 billion in 2016, a five-year increase of 19.1 percent, and IDC anticipates that by 2016, one out of every five dollars will be spent on cloud-based software and infrastructure.

But don’t be fooled. A tiger can’t change its stripes, and as hard as they try, the same goes for old school vendors and their legacy architectures.

The State of Inclusion at Okta: Working to Make Today More Inclusive and Tomorrow More Equitable

By Lindsay Ward Earlier today we released our second State of Inclusion report. This annual report is built on the foundations of our core values of transparency and integrity…

Branding and Customizations Made Easy

By Albert Chen Your brand is important. It’s a standard you uphold to communicate your company values and a message you’re sending to the world. Executing well on your brand…

By Sophia Duluk Beavis As Okta’s Global Workplace Sustainability Manager, I’ve been able to marry my two passions: my family and reducing environmental impacts. As a mom of two, I’ve…

By Jacquelyn Painter Have you heard the buzz around Open Banking? For anyone in the financial services industry, you should be more than familiar. Open Banking is revolutionizing…

By Lancelot Malacara Large companies often deal with complex org structures that challenge both their IT and People Ops teams. We see, for example, large customers composed of…