#EUCloudSummit – The View from the Top 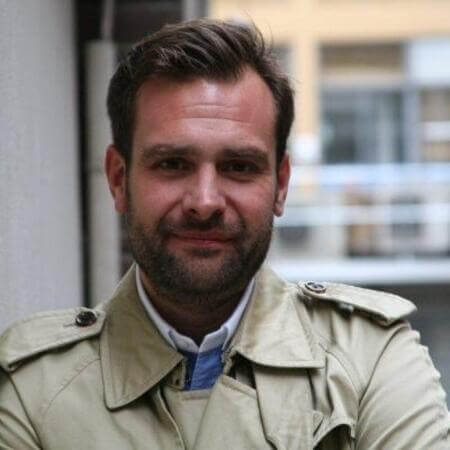 Readers of the Okta blog and our social channels will know that last week was a big one for the European Okta team as we hosted our inaugural European Cloud Summit. Over 120 delegates packed into the Churchill War Rooms in London to hear panel discussions with some of the formative thinkers and decision makers in IT. (You can see the full lineup and details in this previous blog post.)

Although I couldn’t begin to capture everything that was discussed at the event, I wanted to share a few points of discussion that really jumped out and finally a call to arms – four predictions for where the market is headed and how we all need to react.

Over the last 10 years there have been fundamental shifts in how the CIO approaches and manages IT strategy. In the early 2000s we saw the move to mass consolidation, going with a single vendor/supplier with cost saving and efficiency being the primary drivers, often at the expense of performance or usability. Then, more recently, we’ve seen the swing back to CIOs adopting multiple applications and services from a variety of vendors – often SaaS and cloud-based, combining the best solutions with added efficiency and cost savings.

A huge driver for this trend is the evolution of user-centric IT, putting the user at the heart of IT decision making – a cornerstone of our summit. Although we strongly believe in UCIT, others in IT are behind the curve. David Quantrell at Box summarises this division as, “Those who get it, and those who don’t.” And the reality is that many in the latter camp will be left behind.

Those that “get it” will elevate the IT function to the front of the organisation, becoming an enabler of the business and not an inhibitor. Chris Cesio from Skyhigh Networks summed this up wonderfully when he said, “We don’t want to be the ‘CIO of no’ anymore.”

Of course the move to cloud and the shift into a genuinely user-centric business is not without FUD (fear, uncertainty and doubt). Peterborough City Council’s Richard Godfrey is embarking on one of the most ambitious and forward-thinking IT projects within local government, but when addressing the ECS delegates, he emphasised how ensuring executive buy-in and employee adoption are essential to the project’s success. He also added that in the public sector despite the many benefits – particularly when it comes to cost – of cloud, Peterborough is one of just a handful that is making genuine strides forward because of this FUD.

The truth is, in the UK, no cloud event would be complete without plenty of discussion around security and the threats – real and perceived – that it poses. Working in one of the most security-conscious industries in the world, Michael Ibbitson, CIO of Gatwick Airport is no stranger to confronting these issues head-on. He takes a pragmatic view; businesses need to decide what data should reside on-premise and what can be hosted in the cloud. In some instances, it’s a case of assessing where budgetary investment can make the greatest impact on the organisation. For example, Mike cancelled the development of a multi-million pound onsite data centre in favour of investing the money into a revolutionary new check-in and baggage drop system. He also emphasised that CIOs need to trust suppliers and vendors. “The fact is that the market is stronger at solving security problems than we are,” he said.

Personally I loved Dario Bezzina’s attitude to overcoming security challenges: “change is happening, it’s not optional.” And he’s right, the rise of shadow IT has shown us that we can’t stand by, lock systems down and rely on perimeter security, we have to adapt to the challenges at hand and take new creative approaches which engage the user.

Again and again the ability to scale and promote business agility were cited as some of the biggest benefits of moving to cloud. When Alistair Roberts joined M&C Saatchi he inherited a legacy IT infrastructure estate that hadn’t seen much love in quite a while. But rather than see this as a challenge, he saw it as a great opportunity to reduce the company’s reliance on costly on-premise IT and instead embrace cloud services. The result was a business that could scale far more quickly, adding new employees seamlessly and opening or moving international offices at the click of a button.

Richard Godfrey also hit the nail on the head when he said that when you re-evaluate IT, you give the employees the chance to comprehensively re-evaluate how they do their job and find the best solution to a problem, not rely on the tried and tested solution.

The Next Big Thing / What We Want, What We Really Really Want

As for that call to arms I referred to earlier? Our summit and the topics covered there should be a wake up call for IT to put people at the center. That means the following:

Cloud vendors working harder, innovating, competing, doing better for their customers and enabling great changes in business performance and user experience. We – all of us at Okta and the innovative enterprises we work with – are at the centre of that revolution.

If you were there, we’d love to hear your thoughts and takeaways from the event. And if you missed it, you can see highlights on Twitter by following #EUCloudSummit and @Okta. Stay tuned for a video coming soon, as well!

Philip Turner is the Vice President of Europe, the Middle East and Africa at Okta. He is responsible for building and managing a dynamic local team to enable Okta's expansion plans in Europe. Prior to Okta, Phil served as the EMEA Sales Director at Nimble Storage, the Backup and Recovery Solutions division country manager for the United Kingdom and Ireland at EMC, and the EMEA Regional Director at Acopia Networks. He also has experience as Sales Executive and District Manager at Network Appliance, where he was also one of the first European employees, bringing 20 years of experience in building and scaling enterprise businesses across the UK and mainland Europe to Okta.

Phil earned his bachelor's degree in European history and German from Thames Valley University in London. Philip loves anything with an engine and is an avid motorsport fan, he also enjoys cycling.

Okta Champions Women in Sales, and This is how we Do It.