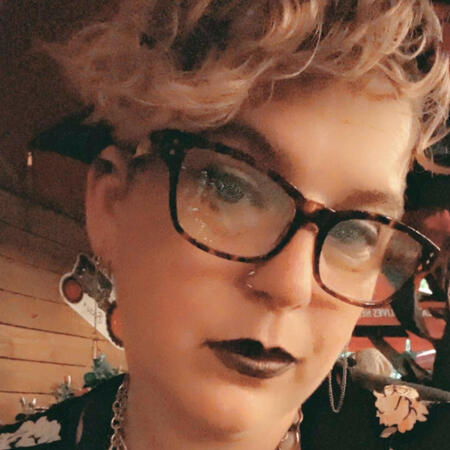 Passwords are a fixture of our modern digital world that cause no end of frustration and angst. I am sure this scenario is a familiar one:

Passwords can be traced back to ancient times, both in history and literature.

Passwords are now an essential component in the modern security landscape.

On a basic level, passwords are only effective if users deliberately inconvenience themselves. Users must make a positive choice to use strong, unique passwords in every service they use. They then have to regularly update their passwords and sign-up for advanced security features, like multi-factor authentication (MFA) or an external password manager.

We don’t live in an ideal world. People don’t have the time or headspace to practice perfect password hygiene. Some businesses screw up. Things happen.

Any system that only works in perfect circumstances is—I think we can all agree—pretty flawed. Sure, passwords once served a useful purpose, but it’s time to retire them in favor of a stronger, more protective alternative.

This isn’t a fringe opinion. Rather, it’s a perspective shared by the vast majority of IT professionals. In 2020, a LastPass survey revealed 95% of IT professionals believe passwords pose a security risk to their organization. They highlighted several bad practices—from password reuse and weakness to a failure to change default credentials in off-the-shelf applications and appliances.

It’s not a particularly novel opinion, either. The computer password originated during the heady days of the time-sharing paradigm, where academics competed for access on large, refrigerator-sized mainframes. Users needed a secure place to store their files, data, and applications, so MIT Computer Science professor Fernando Corbato established a system where each user has a username and password.

Corbato’s idea for unique credentials stuck, and over the following decades, security industry professionals have sought to paper over the inherent flaws by introducing new technical measures and standards.

Businesses started hashing and salting their passwords—rendering them unreadable to anyone who managed to breach their databases. They used encryption to protect credentials as they traversed the open internet. Before the widespread deployment of SSL, a threat actor could connect to an unsecured Wi-Fi network and, using open-source tools like WireShark, capture network traffic and sift out the valuable credentials and session cookies.

These measures work. But they don’t address the underlying flaws with passwords. Before the advent of modern identity measures, like multi-factor authentication and SSO, nothing stopped an attacker from simply guessing a password. Or repurposing credentials found elsewhere—a practice known as credential stuffing.

This shouldn’t be interpreted as an attack on people. We’re all busy, tired, and perfectly imperfect. It isn’t reasonable to expect everyone to practice perfect password hygiene. On a basic level, passwords weren’t designed for their current usage—in widespread, mass-market, networked systems and applications.

People follow the path of least resistance. And that means doing things that aren’t ideal from a security perspective—like reusing weak, easily guessed passwords. There remain a few seemingly intrinsic problems with passwords, not easily solved by cryptography.

A brief history of password-based attacks

The sad reality is that many of the tactics used in these early days of password compromise are still prevalent today; bad actors have evolved with the technology available and attacks have become more sophisticated. The end result, however, remains the same. In this new digital era, loss or compromise of security credentials is a nightmare scenario. Unauthorized access can lead to overwhelming financial fallout, liability, penalties, and reputational damage.

Traditional authentication using a username and password has been the foundation of digital identity and security for over 50 years. But with the ever-growing number of user accounts, there are a number of new issues: the burden on end users to remember multiple passwords, support costs, and most importantly, the security risks posed by compromised credentials. These new challenges now outweigh the usefulness of passwords. The case for eliminating passwords from the authentication experience is getting more compelling every day.

Here’s the thing: We know passwords are a security Achilles heel. We understand the underlying fundamental weaknesses, and that we can’t simply engineer them away with better encryption technology.

It’s time to have a frank discussion about leaving passwords behind for good. The security challenges are too great. By consigning passwords to the annals of computing history, we can adopt technologies that better protect users, while also delivering a superior user experience (UX).

Passwordless authentication isn’t a fantastic, futuristic dream. It’s today's reality. You likely already use passwordless technologies in your day-to-day life, like Apple’s Touch ID and Face ID, or Microsoft Hello. At work, you might sign on using a fingerprint or smart card. Or, you may use token-based authentication, proving your identity by generating a one-time password through a mobile application.

Learn more about how Okta can help you protect against password-based attacks in our Anatomy of Identity-Based Attacks whitepaper, and how we can help you reduce your reliance on passwords.

Amanda Rogerson is a change agent who wants to disrupt the way you think about digital security and identity. Having worked with organizations globally across industries in various roles throughout her 20 year career, she is mindful of the impact new security practices have across organizations. As a self-proclaimed nerd, she likes to weave pop-culture references into her discussions to make topics relatable.