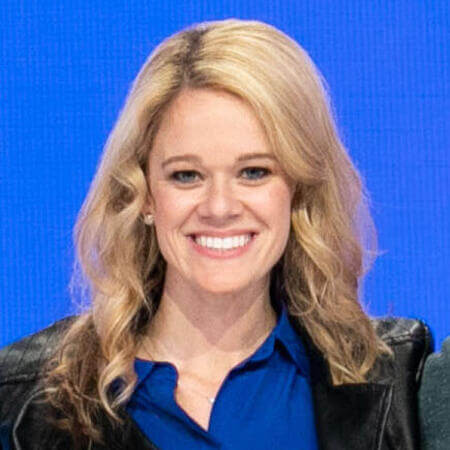 Team Rubicon was launched in 2010, when Marine veteran Jake Wood and William McNulty put together a small team of veterans and medical professionals and travelled to Port-au-Prince, Haiti. The area had been devastated by a 7.0 magnitude earthquake, and although the world helped as much as it could, traditional relief agencies weren’t able to reach all affected areas. But the veterans who made up that early version of Team Rubicon had both military and medical training, and they applied those skills to reach people in the outlying areas that hadn’t yet received aid.

Seven years later, Team Rubicon has more than 65 full-time employees and over 45,000 volunteers. Together, the group has responded to nearly 200 disasters all over the world. “We tend to go to places where people don’t have the resources or the ability to respond in a way that is needed -- that’s where our volunteers can deliver the most impact for a community,” says Art delaCruz, Team Rubicon’s chief operating officer.

Of course, it isn’t easy to quickly deploy large teams of volunteers to help communities affected by disasters. And keeping mobile devices secure in the field can be challenging, too. As a cloud-based NGO, Team Rubicon is naturally very mobile, but to really maximize its impact, it needed a faster way to provision and deprovision volunteers, and a more secure way to communicate with volunteers and employees once they were in the field.

Faster deployment Team Rubicon’s first goal was to find an identity solution. With a rapidly growing and eager-to-serve volunteer base, the organization was seeking a way to streamline and secure its onboarding and offboarding process so it could get people to work faster. The IT team shopped around, and an executive director at Box introduced them to the Okta Identity Cloud. In the end, they went with a full suite of Okta products capable of handling much more than just identity. The products included:

After rolling out these products, Team Rubicon saw immediate improvements in the speed and efficiency of its deployment process. “Before Okta, we couldn’t identify who was necessarily working as an analyst and who was working on the ground, but now we have direct control,” says cloud systems administrator Travis Harris. “Now, we can spin out accounts on the spot, and it’s making operations really easy for us.”


That means that when disaster strikes, Team Rubicon is able to get boots on the ground much faster, bringing help to devastated areas more effectively than ever before. “With Okta, we can manage user accounts, and we have a much faster turnaround time,” says Harris. “It enables us to have a smaller staff while still supporting something akin to a medium- to large-sized company.”

Secure missions In addition to solving Team Rubicon’s identity challenge, the Okta Identity Cloud has greatly increased security—which is extremely important when so much work is done on mobile devices. Okta makes a huge difference in terms of security. Its ability to prevent security breaches represents $3 million in savings, plus it’s able to integrate securely with a vast array of native and web apps.

Okta Mobility Management not only gives Team Rubicon better control of its team’s mobile devices, it also lets it do more for the communities it helps. “Integrating Okta with Palantir has enabled us to send out our teams to perform community damage assessments using mobile devices, helping us to securely deliver resources at scale,” says Hunt. “It has a very compelling community impact.”

The rest of the Okta Identity Cloud helps too. Single Sign-On prevents passwords from being compromised, Universal Directory and Lifecycle Management keep old identities from slipping through the cracks, and Adaptive Multi-factor Authentication (AMFA) adds an extra layer of security to all of Team Rubicon’s apps. Better yet, the entire experience runs more smoothly for everyone—which is critical when they’re dealing with time-sensitive situations.

With the Okta Identity Cloud in its back pocket, Team Rubicon can really focus on what it does best—providing disaster relief. Everything else practically takes care of itself.

To learn more about how Team Rubicon is using the Okta Identity Cloud to go where other disaster relief agencies can’t, check out the full customer journey.