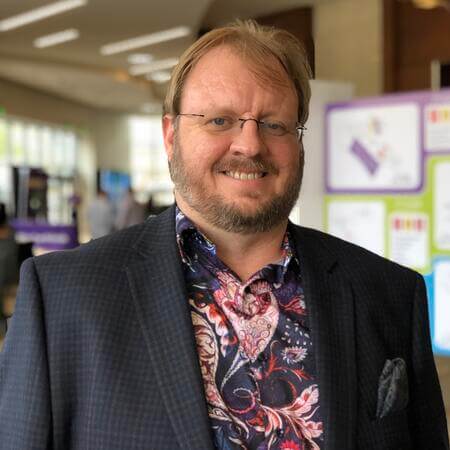 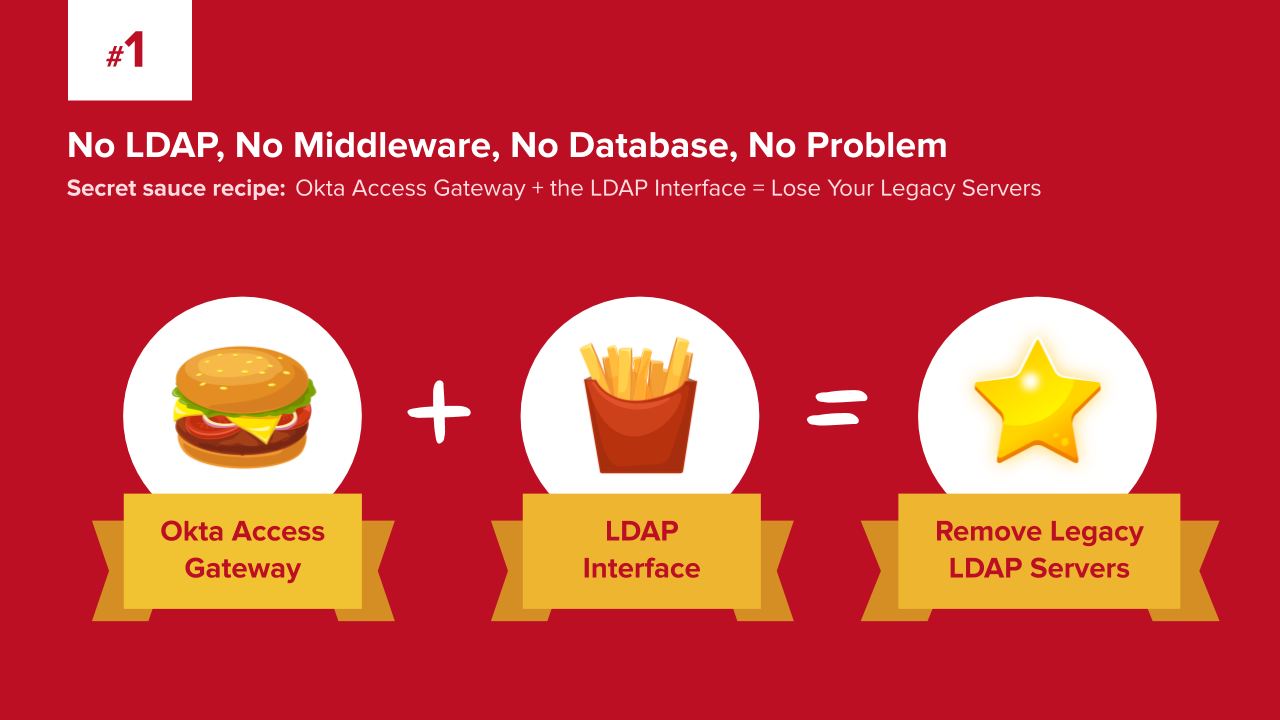 At Okta, we love securing access to everything from a single platform. And, as we deeply explored in our previous series, Secret Features of Okta Access Gateway (OAG), that includes on-premises apps. Throughout the series, our specialists demonstrated how OAG and the Okta Platform can secure on-prem web apps in ways you’ve probably never imagined!

And, if you missed it, here’s the skinny: OAG allows you to secure access to on-premises web apps and the hybrid IT using Okta SSO and Adaptive MFA. Click here to learn the basics before diving in!

Introducing… The Secret Sauce of OAG!

But now, we’re covering a new angle. Our specialists wanted to weigh in with how OAG is at its best when paired with the features that make up the Okta platform. In other words, we’re giving you the Secret Sauce! Look for a new recipe each month.

In our first post of the series, Senior OAG Specialist Mark Wilcox explores how OAG works together with the Okta LDAP Interface to eliminate the need for on-premises middleware, databases, and LDAP servers for on-prem identity.

Let me start with a quick history lesson. 25 years ago in Web 1.0, we didn't have many standards. Even basic interoperability features like database drivers didn’t exist. That was also true for storing, authenticating, and authorizing users. New web apps were deployed at scale, each with its own set of credentials, overloading help desks with password resets. Novell eDirectory was the most popular solution, but it was restricted to proprietary protocols.

Back in the day, I published a common pattern to solve this challenge on top of LDAP protocol (Implementing LDAP, Mark Wilcox (1999)). This helped to establish LDAP as a de-facto standard for storing user data. LDAP allowed organizations to have user and authorization data in a single place, available for any 3rd-party solution or programming language, regardless of vendor. (This is one of the many technology innovations to come out of Dallas, TX, including integrated circuits and the frozen margarita machine). LDAP, together with Web Access Management (WAM), provided customers with single sign-on (SSO) access for web applications.

As time passed, however, organizations started replacing WAM with cloud identity solutions like Okta. Today, many organizations still depend on LDAP servers to get additional information for user authorization, as shown below. 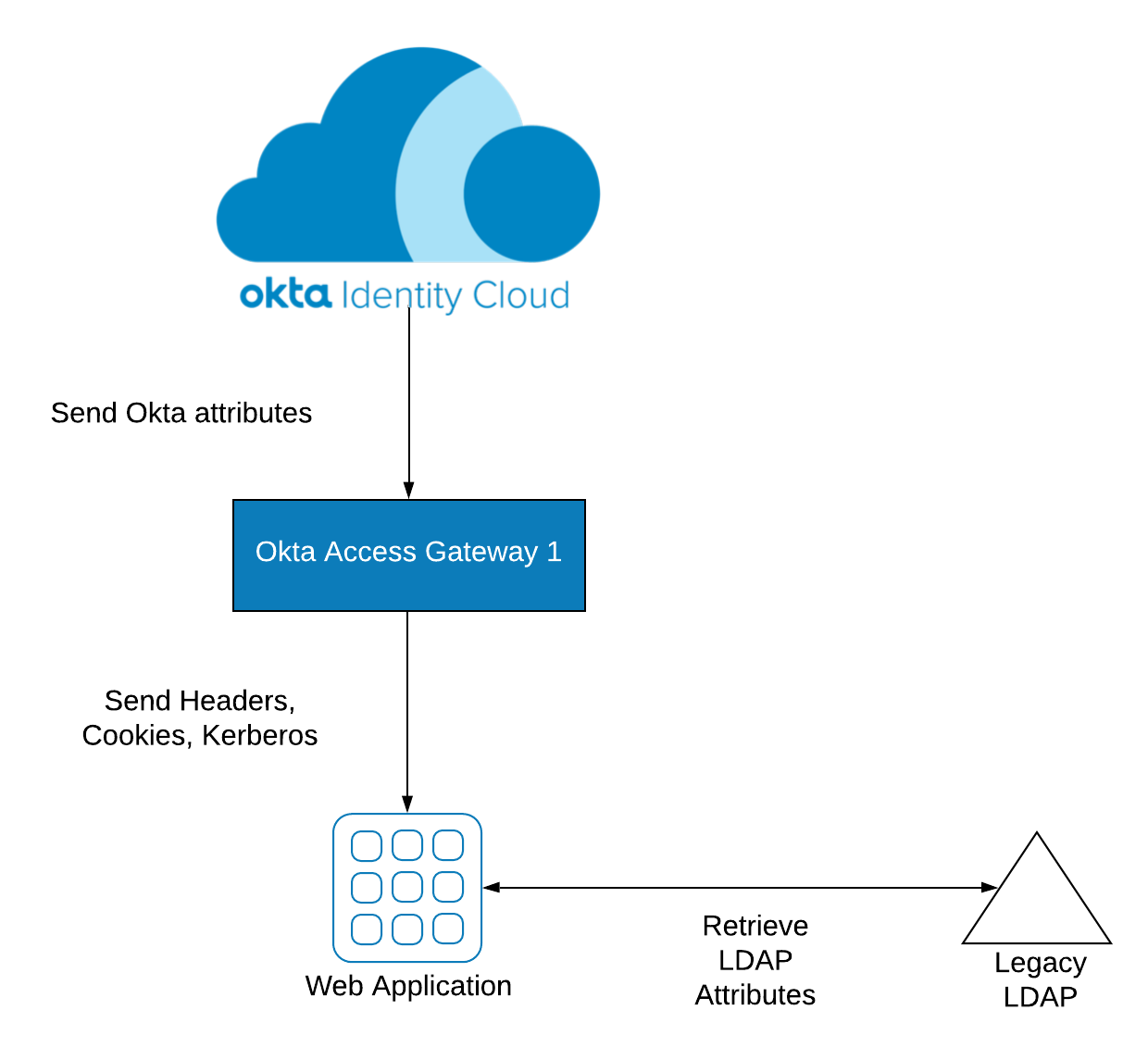 Conceptual Architecture: Even with Cloud identity, some on-prem apps still rely on an LDAP server in addition to SSO.

Wouldn’t it be nice to eliminate the need for keeping LDAP servers running on-premises and simply leverage data straight from your cloud directory? It’s a much more modern approach.

The Solution: Use OAG with the Okta LDAP Interface

The Okta Identity Cloud has a feature named the LDAP interface, which allows apps to query user data—straight from the cloud via LDAP. 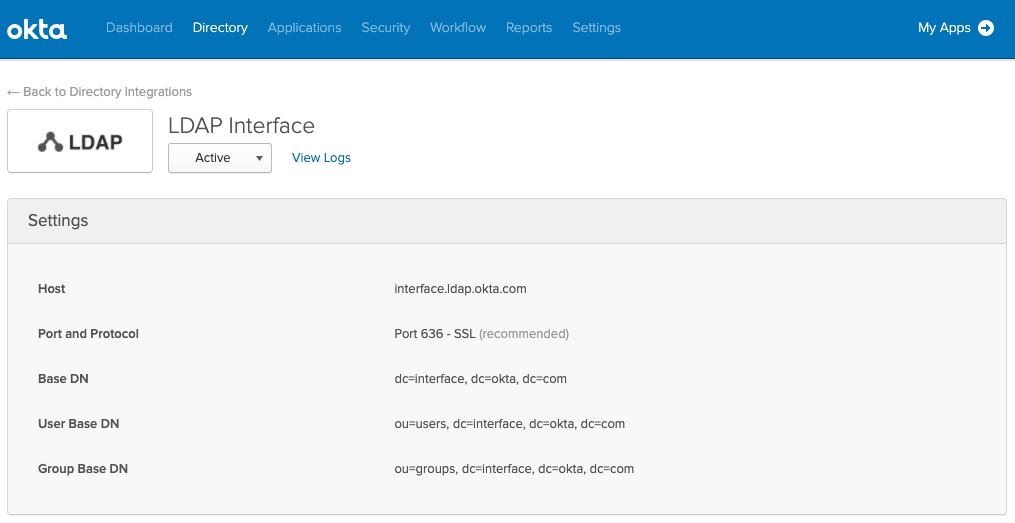 With the LDAP Interface, applications can pull from Okta directly using LDAP instead of querying LDAP servers such as the on-premises options of Oracle Internet Directory (OID) or Active Directory LDS. Along with software, patching, and support maintenance costs, the LDAP Interface helps to eliminate these on-prem servers—and their multiple vendors.

The LDAP Interface works great with any application that uses LDAPv3 or later for querying users and groups. That goes from packaged apps, such as Oracle Business Intelligence Applications (Oracle BI), to custom applications such as Java apps hosted on Oracle WebLogic, IBM WebSphere, Apache Tomcat, and Red Hat JBoss.

You can leverage the LDAP Interface in three steps:

Once you're done, your application has visibility into data from Okta. Here's an example using Oracle WebLogic:

When the integration is completed, your application no longer requires an on-premises LDAP server and can leverage OAG for Single Sign-On and Multi-Factor Authentication: 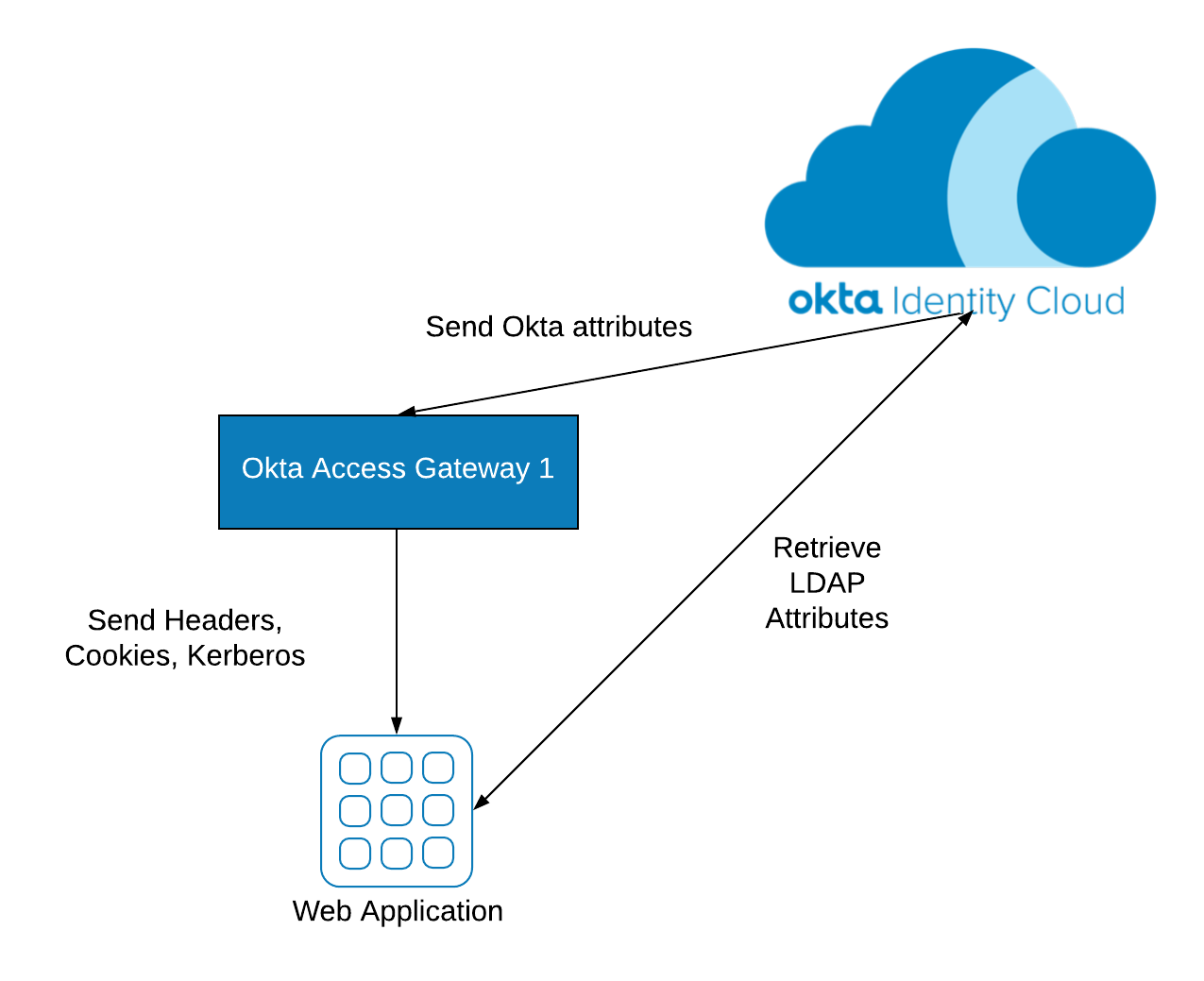 When you pair Okta Access Gateway and the LDAP interface, you have the power to eliminate both WAM and LDAP servers to secure on-premises web apps. And, by the way, these features are native, and do not require you to jump hoops or trick the system just to keep things together.

This wraps our first "recipe" in a new series on how OAG pairs well with other features of the Okta Platform (the secret sauce!). We will keep publishing new recipes here every month. Still, there’s much more to learn. To really dig in, find out What Problems Does Okta Access Gateway Solve, then Meet Your Okta LDAP Expert!

Mark Wilcox is an Okta Access Gateway specialist. Internally we refer to him as the "Father of SSO" because Mark has been involved with identity and single-sign-on for 4 decades. Mark was the leading technical product manager for the access management product at Oracle for 10 years, before becoming the CTO of the Oracle Consulting Security practice. Mark is married to his wife Jessica and lives in Dallas, Texas. Mark has recently returned to camping as a way to force himself to step away from the computer and get some sunshine.

Financial Services: Upgrade Your UX with a One-Identity Strategy

Why Okta is Privacy-Forward