Vivint Solar blazes an IT trail with Okta and AWS at the center, achieving 900% ROI

Vivint Solar is a leading provider of distributed solar energy—electricity generated by a solar energy system installed at a customer’s location— to residential customers in the United States. The company finances, designs, installs, monitors, and services solar energy systems for its customers, so they pay little to no money upfront.

Recognizing the financial and strategic benefits of a cloud-first strategy, company leaders moved the entire organization to Google for Work, and began searching for a cloud-based identity management solution. After choosing Okta as its identity management provider, Vivint Solar retired AD FS and moved its password store from AD to Universal Directory. To support the remaining AD-dependent apps, the company set up AWS-hosted AD, facilitated by Okta’s close integration with AD. 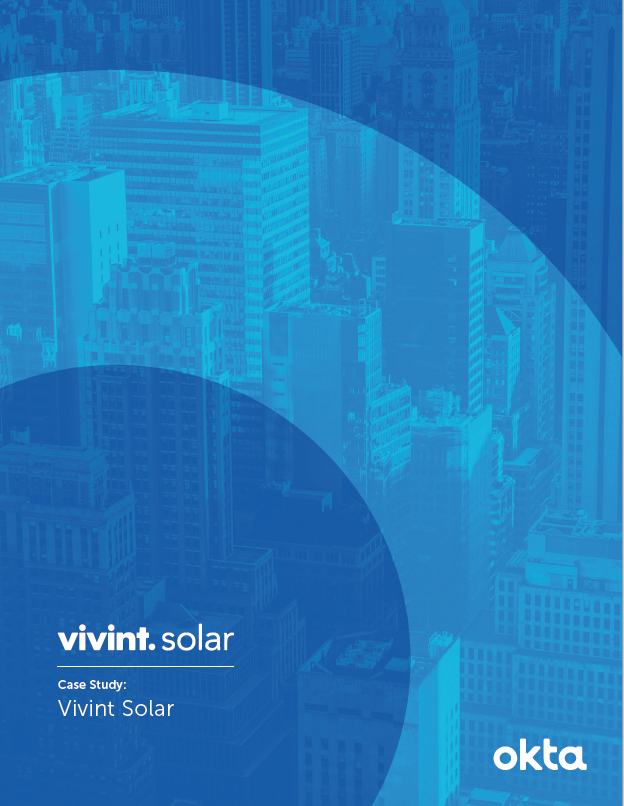