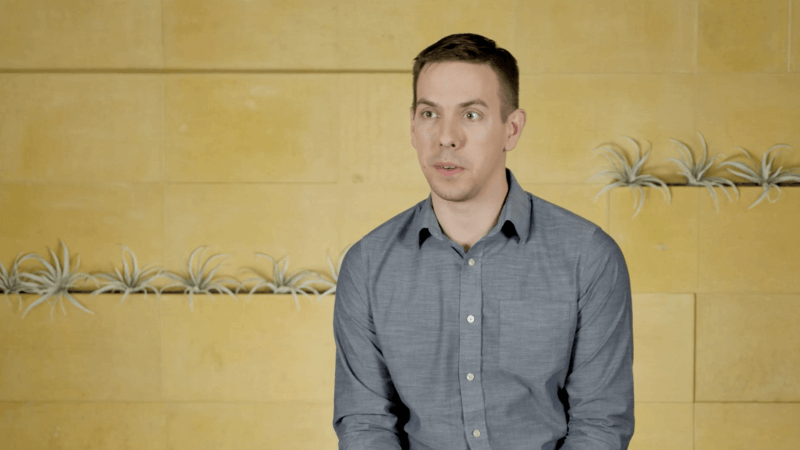 Chris Dodds:  I'm Chris Dodds. I'm a systems engineer with Seventy Seven Energy in Oklahoma City. Seventy Seven Energy was a spin off of Chesapeake Energy in Oklahoma City as well. We spun off in July 2014 and we actually took more employees with us than Chesapeake had when we left them. We had 5,400 employees originally. Our spin off was really interesting because it was a greenfield opportunity. We had a transition services agreement in place for 12 months to ride on Chesapeake's infrastructure, but we had to build new infrastructure from scratch. Everything from phone systems, to new computers for users, to the data center, it was all new build. We really had the vision and also the mandate that we weren't an IT company. We were an oil field services company, so it needed to be lean. It needed to be agile, so we knew we needed to go cloud. We started out with what was really a traditional business, but we were going cloud first, so we built an Azure. We built an AWS. We build a SaaS as much as we could rather than doing any legacy IT.

One of the big goals early on or the big decision points was do we actually bring those identities over or do we start from scratch, and so we ultimately decided to start from scratch. We actually launched with Okta Universal Directory and mastered our IT user records inside of Okta rather than active directory or some other legacy solution like something like that. There were really three reasons we picked Okta, the first being the application catalog. The applications that we knew we were going to have to bring across were the ones that we knew we were going to sign up for in the SaaS model. Those were already there. They were in the Okta catalog. The user provisioning and deprovisioning, from going through demos of all these different products, looking at the Okta solution for that, we knew that was a lot simpler and it was a lot easier than a lot of the other products we looked at. On the back end, seeing Universal Directory and how it plugged into all those different things, that really solidified that Okta had the right mix of things for us.

One of the things early on that we had a lot of uncertainty about was we had these legacy apps that we didn't really know what all we were going have to bring across. Then we had all these SaaS applications that we were going to sign up for. We didn't know how to glue those together. There were some traditional integrations we could have done with Active Directory, but it was really clunky and there was a lot of things that would require a lot of care and feeding. Using Okta and more of a modern approach that uses APIs and more modern protocols, that really let us glue that together without having a lot of really clunky stuff that would have taken a lot of time and management.

Really, we've moved away on the security front from thinking about our endpoint devices being the things that we need to lock down. We're moving away from even managing endpoint devices. We really think about security of identity and about data. With Okta and using MFA and some of those other technologies, we've been able to do that. We have less to manage and we're managing things that really matter more or managing the user record, and we're managing data instead of devices.

Although spinning-off from an even larger company, 77 Energy was not afraid to build its entire its infrastructure from scratch, whether their phone systems or their data centres. IT systems and identity and access management were no exception. They wanted to hit the ground running with a seamless platform that can immediately address all their cloud-based needs. And with solutions such as a vast catalog of integrated applications, intuitive user provisioning and deprovisioning features, and Universal Directory, Okta was already more than able to work with its new partner.