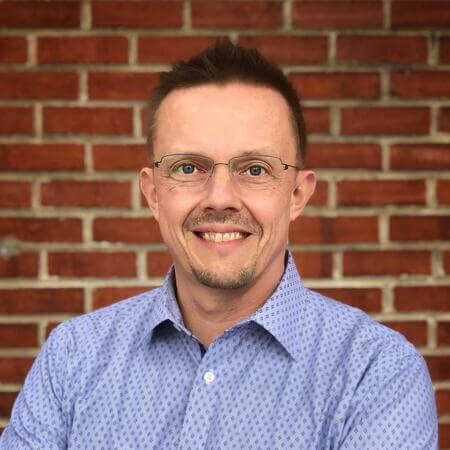 Only a few companies can claim they’re working on solutions so cutting edge that they’re still uncovering new ways their product is useful. GitLab, a complete DevOps platform and lifecycle tool, is one of these companies.

What differentiates GitLab is its guiding philosophy: the company specializes in web-based, open-source code and DevOps lifecycle tools that empower programmers, engineers, and developers to build better software.

With a unique value proposition, a global user base, and a workforce that has always been 100% remote, GitLab was experiencing unprecedented growth. But securing its dispersed team came with challenges. This was further complicated by the fact that GitLab was gearing up to become a public company—regulatory compliance was a must, especially for a team operating across 67 countries.

With a product hosted exclusively on the cloud and a widely distributed workforce, implementing a Zero Trust approach to security was GitLab’s only option for staying compliant with global data protection policies. But the security team knew they were navigating unknown territory.

With all of these exceptions to the regular rulebook, GitLab had to ensure their approach to Zero Trust fit their circumstances. They had to consider:

GitLab also needed comprehensive data encryption, activity logs for all systems, and support for a content delivery network front end. Any solution, vendor, or partner subsequently adopted by GitLab had to be carefully chosen to ensure they wouldn’t complicate or compromise Zero Trust initiatives further down the line.

To achieve its goal of a full-scale Zero Trust framework, the team at GitLab selected Okta as their identity provider. Okta Single Sign-On (SSO) and the Okta Integration Network were major factors in this decision, as GitLab needed an identity solution that could seamlessly integrate their many SaaS apps.

With solutions such as Okta Lifecycle Management (LCM) to automate onboarding and offboarding for an unlimited number of users, Okta also offered the scalability GitLab needed after growing from 300 employees to 1,200 in a single year.

To take its Zero Trust ambitions from concept to realization, GitLab rolled out Okta over three stages:

With Okta, GitLab has proven that adopting Zero Trust is possible for organizations, no matter how exceptional their circumstances.

GitLab teams now expect everything to be in Okta.

To further secure and simplify processes, GitLab’s infrastructure team trialed Okta Advanced Server Access (ASA), which proved to be such a success that the planned pilot was cut short and the platform went straight into implementation.

Creating the future as they go

As a leading global innovator, GitLab understood the importance of Zero Trust to protect its data and its users. Looking to accommodate their highly advanced technology and business model, GitLab turned to Okta to achieve the agility, capability, and scalability they needed to maximize security without compromising simplicity.

As dynamic work becomes the new norm for organizations worldwide, Zero Trust should be adopted—and in some cases, adapted—across the board.

To learn more about modern Zero Trust security, check out the following resources:

Sami Laine is Director of Technology Strategy at Okta. For last couple of decades Sami has helped many of the world's largest enterprises, financial institutions and public sector organizations protect against fraud, malware, threats and data breaches and now at Okta helps companies embrace identity as the new security perimeter.

The Journey Forward: Our Progress Towards Racial Justice and Equity

By Keenan Harrell Lindsay Ward Two years ago, the murders of George Floyd, Breonna Taylor, Ahmaud Arbery, and too many other Black Americans ignited nationwide protests and demands for…