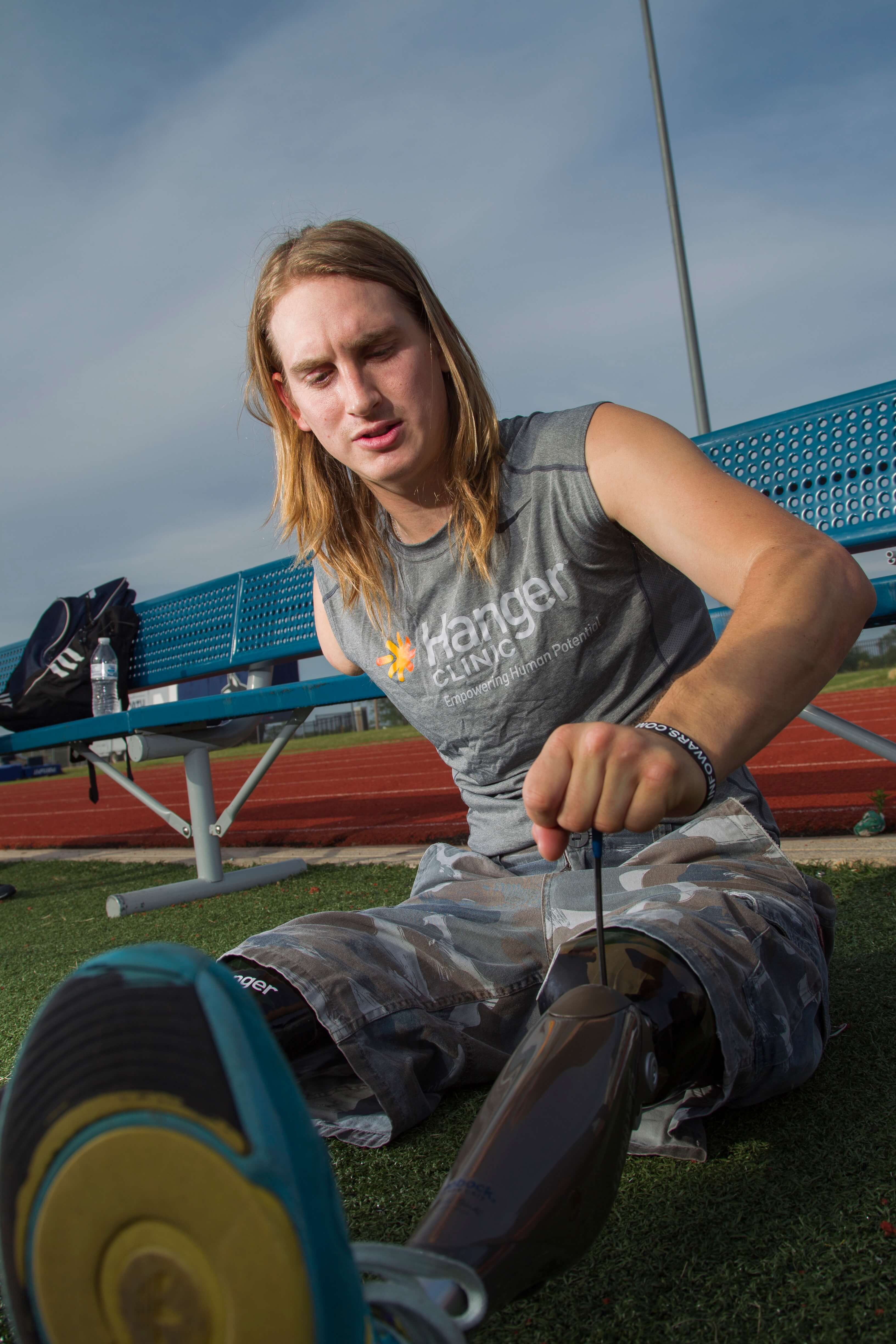 Cameron grew up as a thrill-seeking surfer and skater in Central California with a penchant for partying. That all changed in September 2001, when, after a night of drinking, he passed out on railway tracks. He awoke three days later to find himself in a hospital bed, missing both legs at the knee and his right arm at the elbow, the grisly result of a collision with a freight train. Cameron had no memory of the accident. At first he was surprised to see his legs were gone, but he didn’t panic.

When reality set in, however, he realized “my life had turned upside down, I’m a triple amputee. Initially you think it’s the end of the world.”

For this young athlete, that turned out not to be the case. Now 31, Cameron travels the country as a competitive surfer and triathlete, a film and TV actor, and a motivational speaker who works with child amputees and service members who have lost limbs. His efforts on behalf of the amputee community earned him the prestigious Shining Star, an award given out by the national nonprofit Just One Break, to those who best represent or empower Americans living with disabilities -- recipients have included Christopher Reeve and Ray Charles. And today, reflecting back on that consequential September day in 2001, Cameron terms his accident a point of “metamorphosis” that turned him into the man he is today, someone who doesn’t feel at all restricted or powerless due to his status as a triple amputee.

The key has been refusing to wait for others to hand him solutions, instead finding his own way around whatever challenges his condition presents.

“I’m all about adapting myself to the world,” he says. “Not having the world adapted to me.” 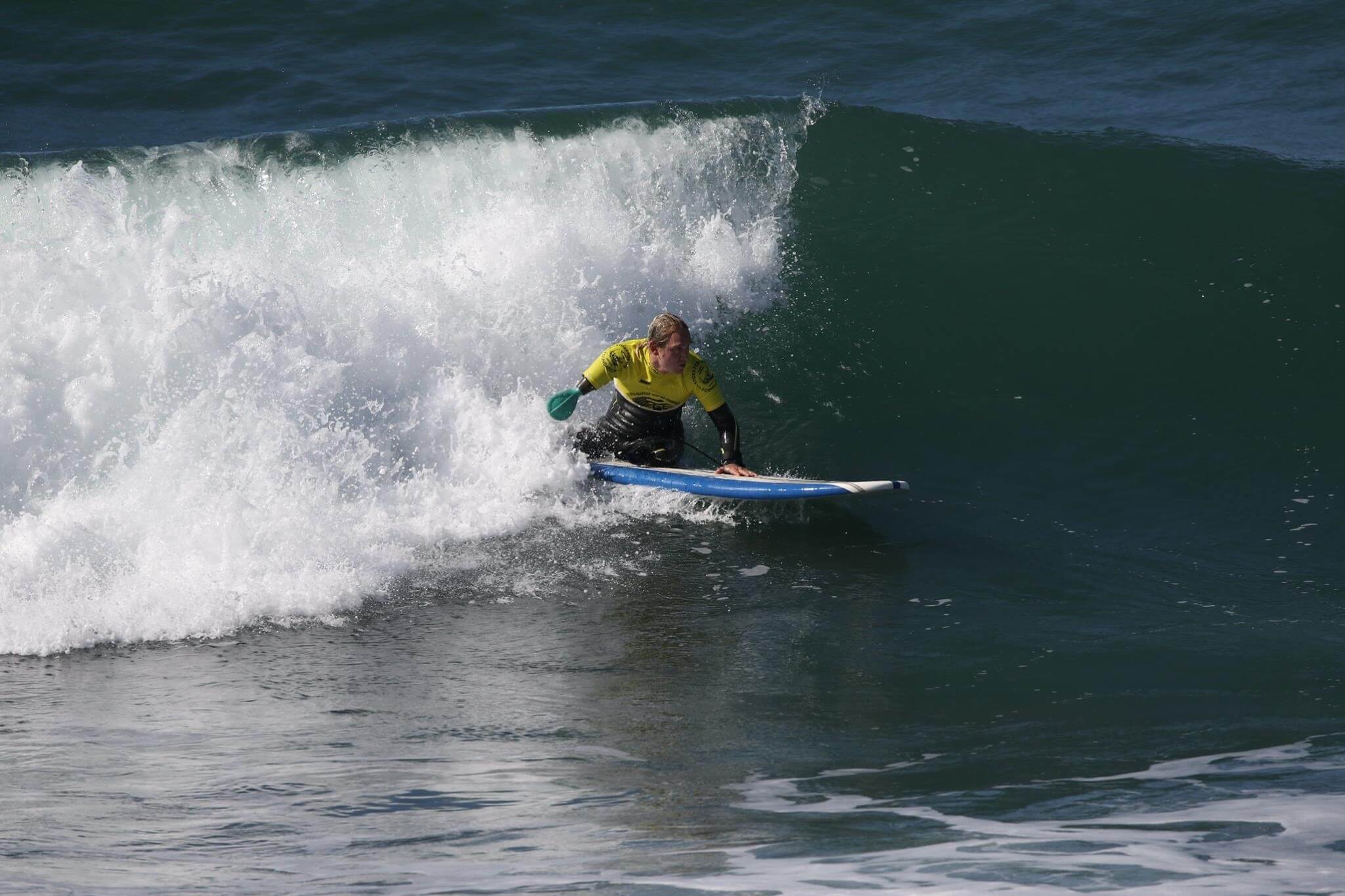 Practically speaking, that means every interaction with the world around him is mediated by technology. Cameron has prosthetics for a whole host of different activities. He puts on his “stubbies” -- shorter prosthetics -- for walking around at home when there’s no need for full length legs, and at other times he uses his “hiking feet,” “everyday legs,” “running legs,” “swimming legs,” and “ski feet.” He even has high-tech computerized prosthetic legs with sensors in the knees, an accelerometer, and a gyroscope, all of which adjust to how he walks and allow him remarkable freedom of movement. “I depend entirely on technology,” he says.

It’s incorporated so much into my identity that, without it, I don’t know who I’d be. 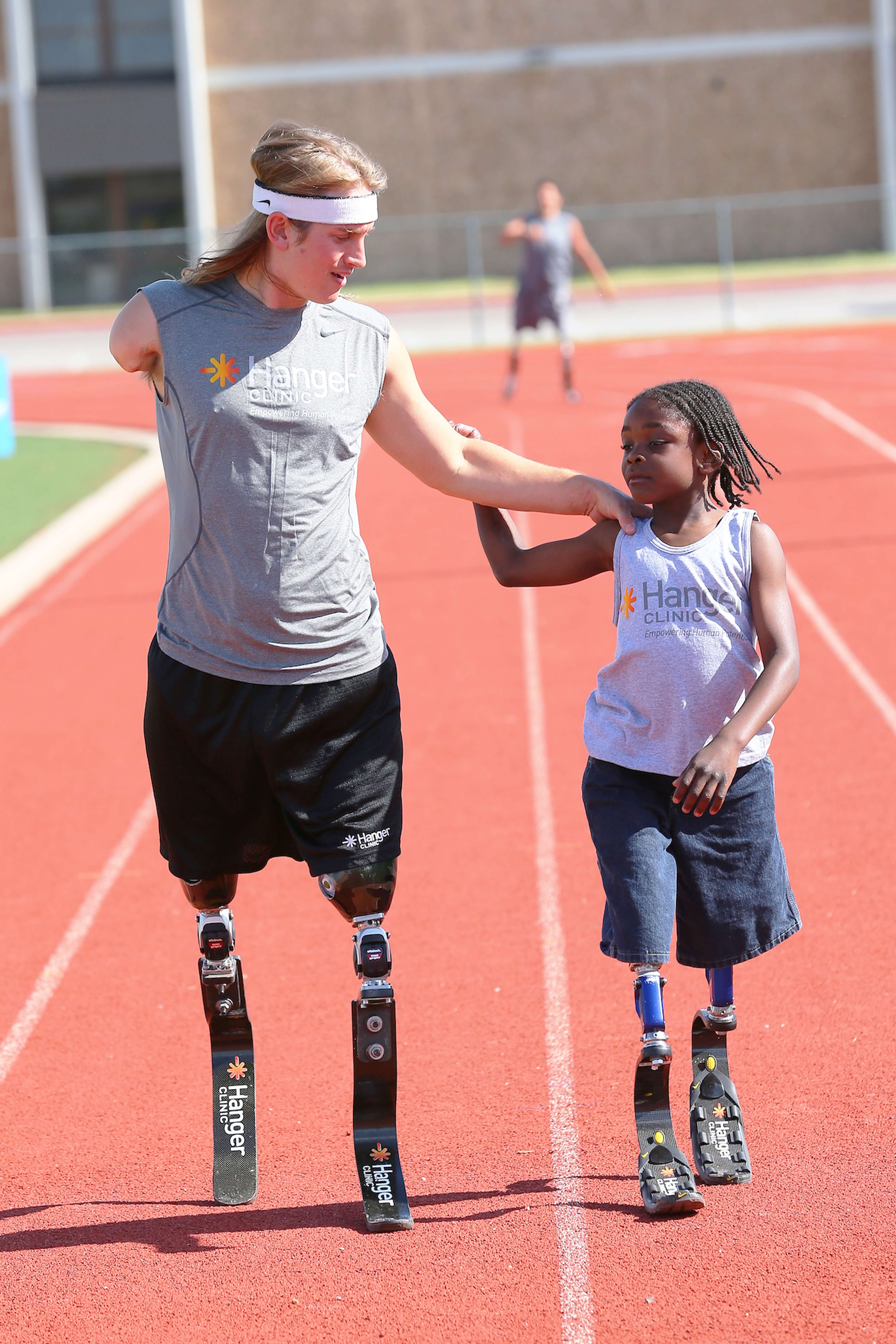 Having not only survived, but thrived, in his post-accident life, Cameron now puts an emphasis on serving others. When he’s not working toward his bachelor’s in sociology, the Hanger Clinic patient advocate volunteers at Operation Surf, a program for injured service members that combines surfing and therapy. “Being a mentor is very valuable,” he says. “I wouldn’t be where I’m at today if it wasn’t for people who helped me along the way.” That group includes his friends, family, and doctors — all of whom have nurtured him into his identity as an amputee, and a human being. Today Cameron is a walking exemplar of the truth that the physical body doesn’t determine who we are — that only our friends, community, and inner strength have the power to do that. 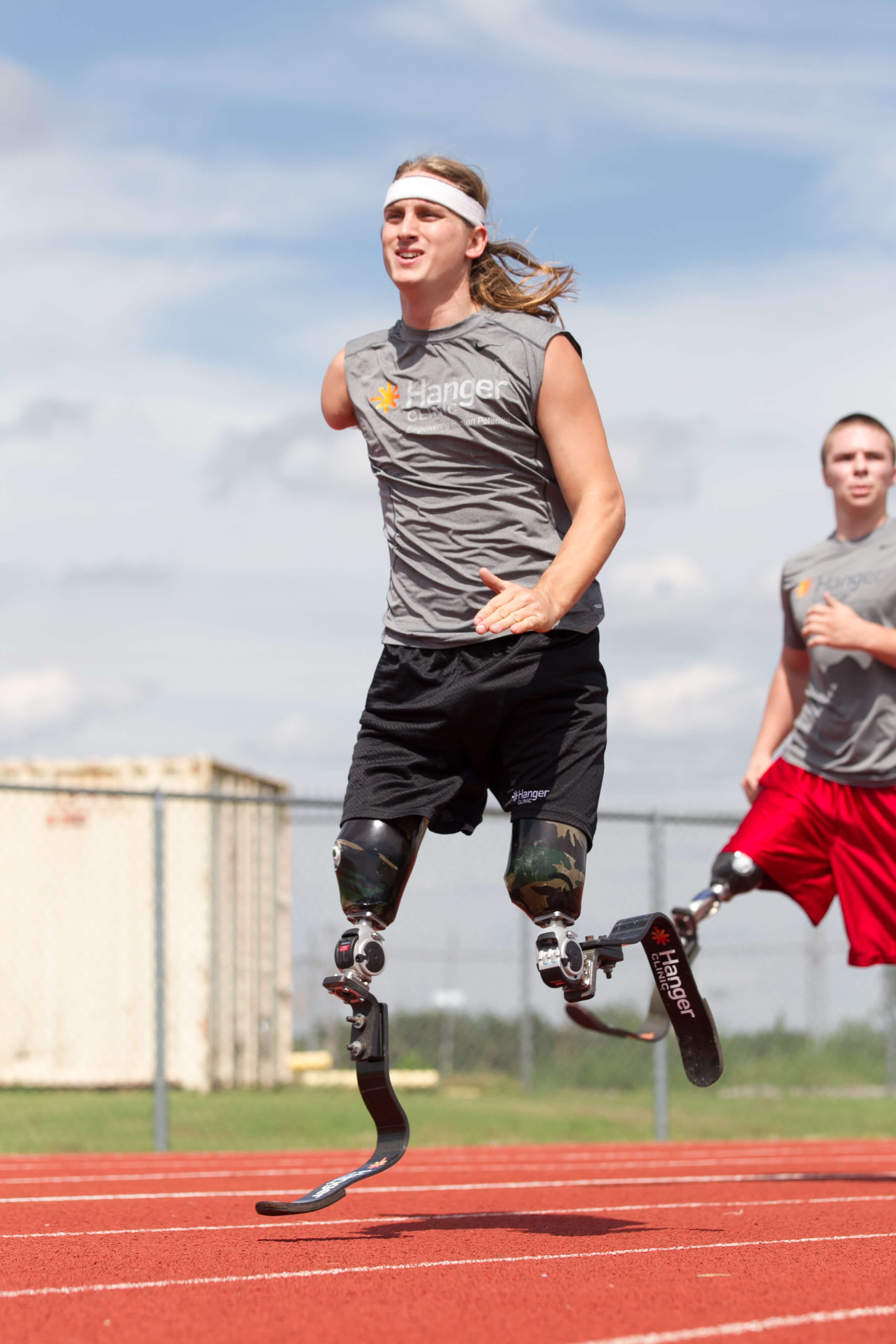