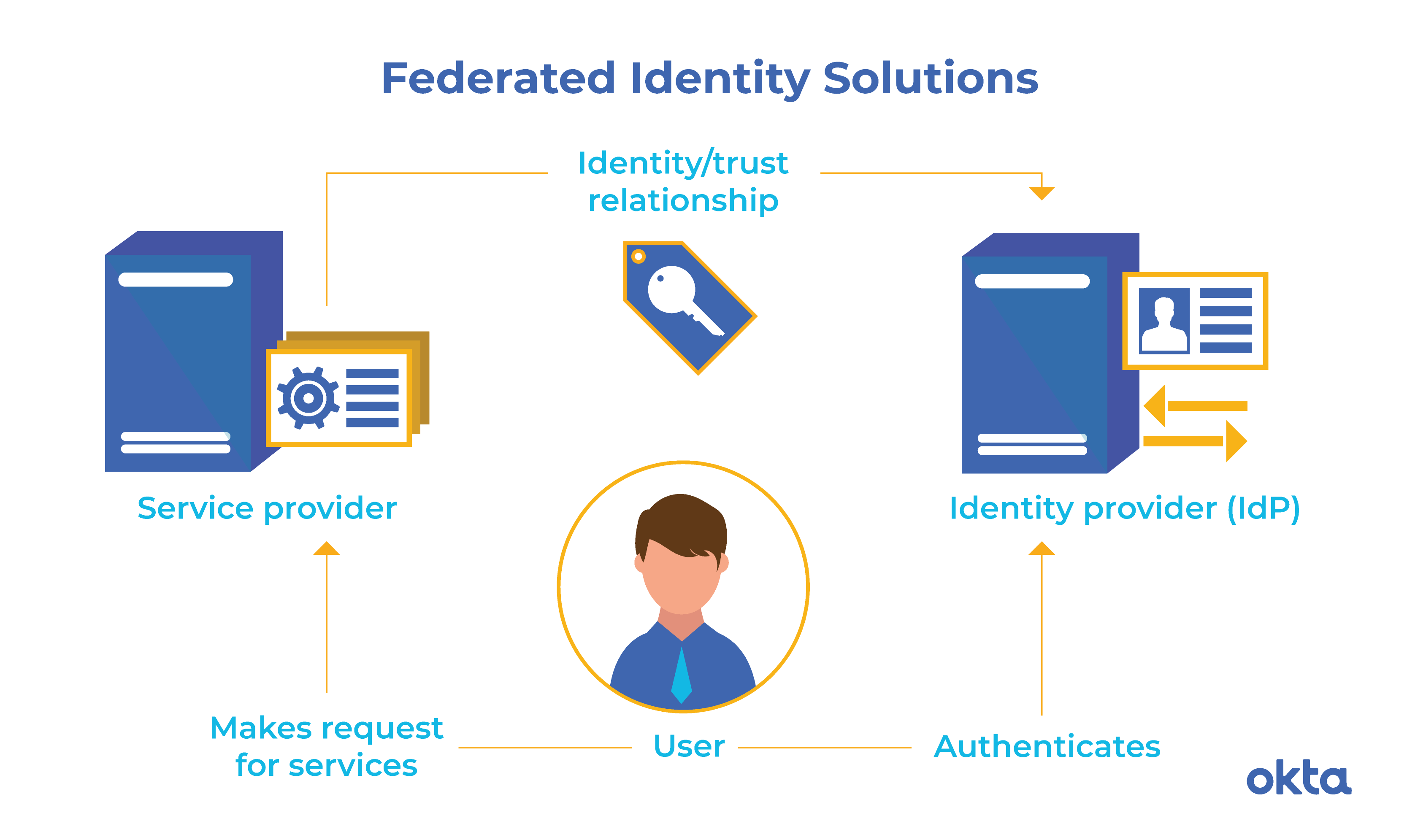 2. Grab an access token from the Google Authorization Server. Users will need a token from Google to complete web requests for access.

4. Send the token to an API. Users are ready to gain access, as long as the token is included in an HTTP authorization request header.

Plenty of companies consumers know and trust use federated identity concepts, including Google, Microsoft, Facebook, and Yahoo. If these organizations lean on the concepts, it's realistic to assume that they're safe and trusted. But every company must do its own assessment of risk and benefit.

Discover how Okta can help you decide if federated authentication or single sign-on authentication is the more secure solution for your organization.