months of hypergrowth, made possible by Okta and RingCentral

Online auto dealer Carvana begins opening new markets at an aggressive pace. To preserve the customer experience, its leaders look to secure its infrastructure, bring the business 100% into the cloud, and streamline communication.

Carvana chooses the Okta and RingCentral partnership to integrate identity and access management with communication as a service. Their vendor-neutral platforms, ability to scale seamlessly, and cloud-first vision sync perfectly with Carvana’s culture and goals.

RingCentral replaces Carvana’s PBX systems with a cloud-based communication platform that unifies on-site and mobile workers. That platform, together with the Okta Identity Cloud, means Carvana can stand up a new market in a single day.

Productivity from Day One

With Okta managing user identities, Carvana employees can access RingCentral and their other applications securely from any device, whether they’re in the office or on the road. Automated onboarding means employees are productive from Day One.

Over 15 months, Carvana expands from nine markets to 35—from 350 employees to 1,400— and continues its aggressive growth while maintaining excellent customer reviews and recommendations. Its leaders give Okta and RingCentral credit for making it possible. 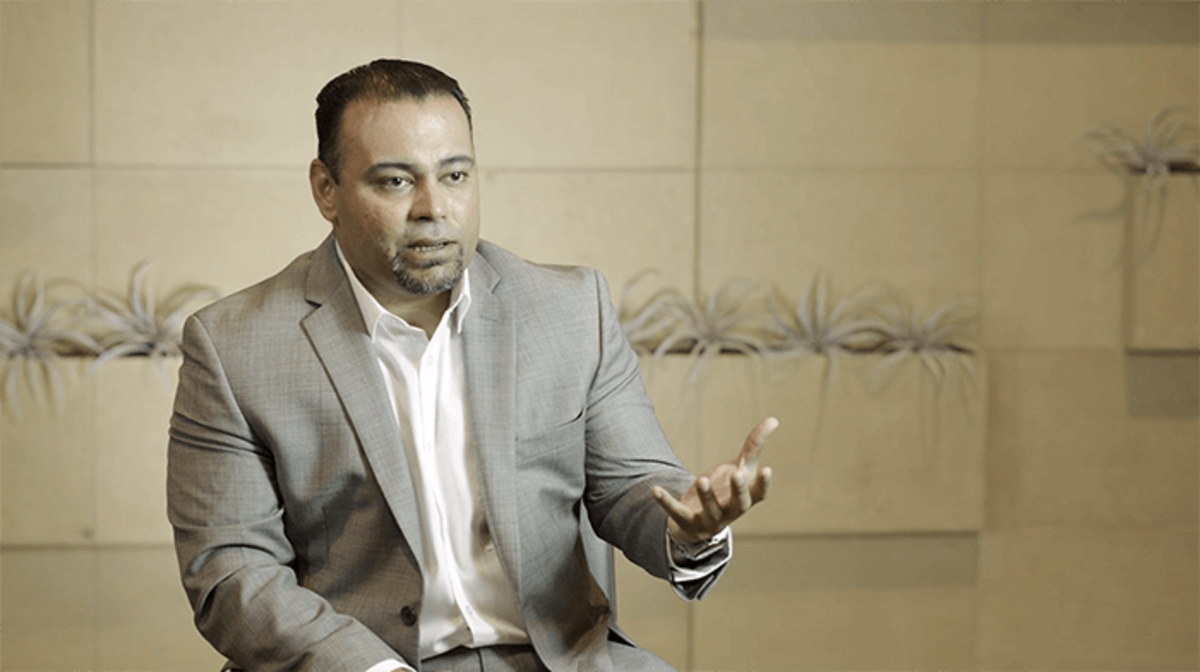 When online auto dealer Carvana decides it’s time to step up its pace of growth, it turns to Okta and RingCentral to help stand up new markets quickly. Within 15 months, the company expands into an additional 26 markets and adds more than 1,000 employees. Company leaders credit Okta and RingCentral with making that growth possible.

When we were about to enter this hypergrowth period, it was clear we needed to partner with companies that had a similar culture and approach as Carvana’s. Okta and RingCentral were right in line.

Making the car purchase as convenient as buying a soda

Carvana is out to make car-buying easy and efficient. If you didn’t understand that when the company first launched, you definitely got it when they opened the world’s first coin-operated car vending machine in Nashville, in 2015.

The online auto dealer prides itself on removing sales commissions, haggling, and frustration from automobile purchases, making them transparent, quick, and even entertaining. The company is also bringing down the cost of buying a car, offering 100% online vehicle search, financing, purchasing, and trade-in, and saving customers an average of $1,430 in the process, compared to Kelley Blue Book value.

It’s a business model that has taken hold quickly. After launching in 2013 in Atlanta, the company expanded to three markets in 2014. By July of 2016, already in nine markets across the U.S., the company was getting ready to more than double that number by the end of the year.

Imran Kazi, director of technology services at Carvana, came on board that April. “It was clear to me that Carvana was a technology company,” he says. “We were focused on giving our customers the best experience buying a car, and focusing on the technology that could do that.”

To be successful at Carvana, he knew he needed to ensure that, as the company grew, employees had easy access to the technology to help them focus on that customer experience. Carvana’s technology infrastructure would need to scale quickly with the business, while keeping customer data secure.

The company was cloud-native, so cloud applications played an important role from the start. But manual processes, such as account onboarding and offboarding, which worked fine with just a few hundred people in the organization, left it open to time delays and human error as the company quickly added hundreds more to its employee roster.

Carvana also had gaps in its communication practices. Each time the company opened a new office, it installed an on-prem PBX system—a phone switch system that involved masses of spaghetti wires and complicated circuitry. The system worked fine for on-site employees, but it took time to connect all those wires, and it completely left out the mobile and remote workers who make up a large percentage of Carvana’s workforce.

Customers can choose to have their cars delivered within a service area, and the people who deliver those cars, “External Advocates,” in Carvana-speak, use their personal cell phones to communicate with customers. Often, customers would call that same number after delivery to ask follow-up questions. Those advocates would then have to ask them to call another number for the internal team, which is set up to offer more comprehensive answers.

Because security was Kazi’s top priority, he looked for an identity access management solution first. Okta rose to the top because of its leadership in the industry and the Okta Integration Network. “They had partnered with and have integrations with tools that we were already using, or wanted to get on,” he says. “It was a seamless decision for us to implement Okta.”

Okta had partnered with and have integrations with tools that we were already using, or wanted to get on. It was a seamless decision for us to implement Okta.

One of those integrations was with Okta partner, RingCentral, another fast-growing cloud company. As Kazi considered the combined solution, it all made sense: Replacing those on-prem PBX systems with a RingCentral solution, accessible through the Okta platform, could unify the company’s on-site and mobile workforces, simplify communication and application access, and turn Carvana into the truly 100% cloud-based company that it needed to be.

“I had experience with RingCentral, and when I saw that RingCentral and Okta had this partnership, it was a very easy decision.” says Kazi.

The two companies have a lot in common, including an open platform that allows customers to integrate third-party solutions easily. In addition to its voice, fax, and messaging foundation services, RingCentral offers web and audio conferencing, and contact center apps of its own. It also has integrations with Box, Salesforce, ServiceNow, and others, that allow customers to collaborate and work seamlessly from within their RingCentral solutions. Like Okta, RingCentral works with customers to develop comprehensive, best-of-breed solutions that streamline workflows and make it easy for mobile and distributed teams to get things done.

Kazi also recognized cultural synchronicities that boded well for the partnership. Like Carvana, both Okta and RingCentral are focused on building global infrastructures that reside 100% in the cloud, empowering mobile users, as well as those sitting in offices. “When we were about to enter this hypergrowth period, it was clear that we needed to partner with companies that had a similar culture and approach as Carvana’s,” he says. “We realized that, from the identity management and communication solution perspectives, Okta and RingCentral were right in line.”

A direct effect on the customer experience

Carvana began implementing its Okta-RingCentral solution in July, 2016. Over the next 15 months, the company grew from 9 markets to 35 markets—from 350 employees to 1,400. According to Kazi, that would not have been possible without the Okta-RingCentral partnership.

Employees today use Okta Single Sign-On to access 102 applications, including RingCentral, G Suite, Atlassian, Salesforce, and Slack. Everyone’s profile goes into Universal Directory, which pushes the relevant information out to RingCentral and other applications and accounts automatically. Lifecycle Management turns new account provisioning into a simple process. On Day One, new employees can be productive and have all their communication tools in hand.

With Okta managing user identities, Carvana employees can access RingCentral from any device, whether they are in the office or on the road. The company has set up Adaptive Multi-Factor Authentication for an added layer of security. People love the fact that it’s so easy to use, says Kazi. “They love the fact that they can use the softphones from RingCentral on their cell phones or iPad, anywhere they are.”

“Immediately, we saw increased productivity, improved communication, and obviously, it was a better experience for our customers,” he says. “The whole process for customers to get to the right person has become seamless. When they call after hours, we have the proper groups set up to route them to the right person.”

Immediately, we saw increased productivity, improved communication, and obviously, it was a better experience for our customers.

Today, with 35 markets and counting, $365 million in revenue for 2016, and 180% year-over-year growth, Carvana is one of Arizona’s hottest new companies. The company has extended Okta SSO to partners, such as car rental companies that provide inventory, so that they can log in, update inventory, and interact with Carvana in a seamless, secure way.

Carvana continues to stand up new markets, but the process is more a matter of identities and access than circuits and wires. “All we have to do is create a log-in on the Okta side and have it sync with RingCentral,” says Kazi. “When we order the RingCentral phones, we get them drop-shipped to our location. They plug and play, and voilà—it works. It’s easy to use and easy to scale. Within a day, we can have our market up and running.”

“Okta and RingCentral are the most important solutions to help us grow,” says Kazi. Even after 15 months of hypergrowth, Carvana holds a 4.8-star customer rating. Ninety-five percent of customers would recommend the company to a friend, according to company surveys. “It’s because of the solutions we decided to go with,” he says. “They’re similar to our culture and approach, and they’re trying to resolve the problem that we’re trying to resolve: A better customer experience.”

Founded in 2012 and based in Phoenix, Arizona, Carvana’s mission is to change the way people buy cars. The company has removed the traditional dealership infrastructure and replaced it with technology and exceptional customer service. On the Carvana website, consumers can quickly and easily buy a car online—including finding their preferred vehicle, qualifying for financing, and completing the purchase and loan with signed contracts. Cars can then be delivered or picked up from one of Carvana’s proprietary, automated Car Vending Machines.