Credential stuffing is a popular type of cyberattack. It is the automated injection of breached username and password combinations in order to fraudulently gain access to user accounts.

Hackers want into your servers. You want to keep them out. You use a sophisticated password process, including a requirement for frequent credential changes. It seems like a foolproof system, but it comes with one major flaw.

If people reuse passwords (and many of us do), you could be open to a devastating attack.

More than 15 billion stolen credentials are available on black markets today. Often, hackers don't even need to pay for the weapons they can use against you. With this database, they could have the names/passwords of one of your employees. With a bit of hacking, they could spot your vulnerability and take over.

Credential stuffing attacks are devastating. But they can be prevented. 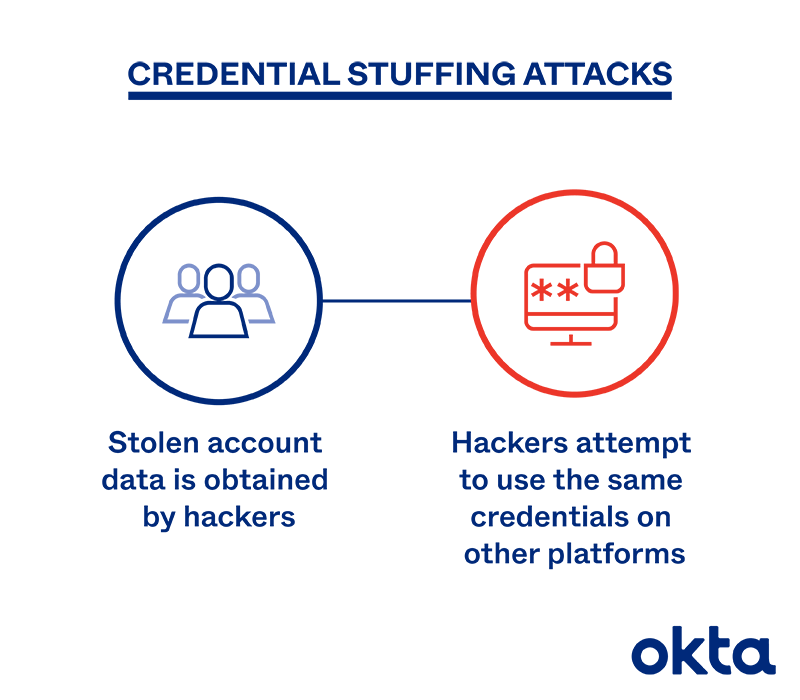 How a Credential Stuffing Attack Works

Credential stuffing involves stolen usernames or passwords. A hacker plugs the data into a bot and launches an attack to determine if the same combination opens up any other servers.

Every attack is different, but most follow this step-by-step plan:

Credential stuffing is a form of brute-force attack. Hackers may only have one or two name/password combinations that work. But all of them are pointed at the server.

Can You Prevent Credential Stuffing?

No company wants data exposed. But preventing credential stuffing attacks means asking for help both from programmers and members. You must work in partnership to ensure that hackers don’t get a toehold into the company’s server.

Employees, users, and others with server passwords must:

At the enterprise level, companies can:

These steps may not eliminate your risk of a data breach. But you could make your server a less attractive target to a hacker. That could save your company a great deal of heartache.

How Serious Is an Attack?

The Securities and Exchange Commission says credential stuffing attacks are on the rise. Large lists, including the Pemiblanc list that contains more than 111 million records, are to blame. With so much username/password data available, hackers can't seem to resist.

One of the biggest credential stuffing examples comes from May of 2014. Hackers got access to the credentials of three eBay employees, and they used that to gain access to the network and the database. Hackers held onto that access for a whopping 229 days.

In 2014, JPMorgan Chase endured a similar attack, but officials had no idea it was happening. A contractor discovered the breach, along with a cache of a billion stolen usernames and passwords.

It can take years to recover from a breach like this, and some of your customers may never fully forgive your violation of trust. When it comes to hacking, prevention is the best policy.

Learn how Okta can protect your organization’s credentials and prevent attacks like credential stuffing. We'd love to walk through your processes and help you come up with a security system that works.

Taking the 'Stuff' Out of Credential Stuffing. (July 2020). Martech Today.

How Worried Should I Be About My Password Being Compromised, Stolen in a Data Breach? Experts Say This. (December 2020). Forbes.