Stories from the Trenches: Scale & Growth in the Cloud 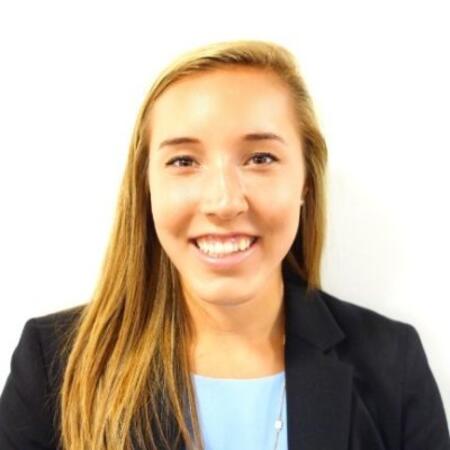 Rubrik burst onto the scene in 2014 as a leading provider of cloud-based data management and protection solutions. The Church of Jesus Christ of Latter-day Saints was founded in 1830, and over its long history has become a nexus of philanthropy and faith. At first glance, these two organizations have little in common—but there’s more to this odd pairing than you’d think.

Both Rubrik and The Church of Jesus Christ of Latter-day Saints have spent the last few years in the trenches, laying the foundations to modernize their identity and access management (IAM) stack, building a secure and scalable IT infrastructure, and moving forward on the frontlines of digital transformation.

And the results they’ve achieved are inspiring. They’ve shown that by migrating to the cloud and leveraging identity as the basis for security, any organization can revolutionize itself and drive scale—whether they’ve been operating for just a few years or nearly two centuries.

Rubrik and The Church have another trait in common: they have thousands of users to manage, and relatively small IT teams to handle that task. For Rubrik, a workforce of more than 1,600 employees serves over 2,500 enterprise customers across business and government sectors. Meanwhile, The Church of Jesus Christ of Latter-day Saints now counts 16 million members globally across its 35,000 congregations—and that includes almost 120,000 employees and volunteers, as well as 809,000 students at various institutions.

It might seem like such vast numbers of users would require complex and costly infrastructure and many identities, but the opposite is true: for Rubrik and The Church to scale their applications, operations, services, and stakeholders, the key lies in unifying and simplifying their technology systems.

The Church creates a legacy that lasts

The Church of Jesus Christ of Latter-day Saints delivers greater convenience and security to their global audience by doubling down on IAM. “Cloud became the clear priority for our organization in terms of moving as high up the stack as we could while reducing the amount of labour and custom work,” says Ben Hutchins, Identity Manager for The Church.

Yet with The Church’ long history, it was no surprise that several of the organization’s integral systems and applications were hosted on legacy architecture and on-premises servers. This heavily on-prem infrastructure included multiple identity providers such as ForgeRock and Oracle WAM.

Looking to address the challenges they faced, Hutchins and his team compared a number of cloud identity solutions to see which one could support a robust hybrid cloud environment. As they were making their final decision, they put Okta against Microsoft and determined that Okta offered a much more robust identity solution with better capabilities for massive account migrations, native mobile app integration, and—ironically—Office 365 integration.

With legacy systems that host around 300 applications and a home-grown multi-factor authentication (MFA) solution, Hutchins and his team are now tracking towards retiring these systems with the pivot to Okta. Because Okta’s APIs and MFA experiences are provided natively out-of-the-box, Hutchins and his team can deliver frictionless authentication flows in their customer-facing apps without excessive custom development work.

Rubrik consolidates systems for the future

Rubrik’s company culture was established on identifying a problem, creating a brand new solution, and bringing a product to market that didn’t yet exist. This was great for hitting the ground running and making a name for the emerging power player, but it rapidly resulted in deep technical debt.

“Everything had to be built quickly,” says Joseph Doyle, Director of Workplace Technologies at Rubrik. “In our case, that resulted in every solution having its own bespoke way of managing identities; it ended up putting us in a position where we had no centralized IT environment.”

In order to pick up all the pieces and fit them within a functional whole, Doyle and his team turned to Okta. By taking a cloud-based approach to centralizing their IT systems, refining their IAM and IdP strategy, and mastering their SaaS apps, the team at Rubrik could seamlessly roll out single sign-on (SSO) and MFA across their workplace applications and automate the onboarding and offboarding process for their users with Okta Lifecycle Management.

They also deployed Okta Advanced Server Access for both on-prem and cloud servers where the company stores its most sensitive information. This provided additional layers of powerful security to protect against data breaches—without impacting the authentication process for authorized personnel.

Moving from the trenches to the cloud

For Rubrik and The Church of Jesus Christ of Latter-day Saints, deploying Okta has proven to be a means, not an end. Now that a strong foundation of identity and security has been laid, these organizations can expand their offerings and scale so much further. It’s hard work in the trenches, but once everything is in place, the payoff is enormous.

Has your organization made the move to the cloud, or are you still in the process of plotting your modernization journey? Learn how Okta can help chart your course, make your migration a success, and achieve scale.

Ally Kozel leads Okta for Good's global employee impact program championing social good inside Okta, educating and enabling employees to drive meaningful impact in communities around the world. Prior to joining Okta for Good, Ally was an integral part of Okta's customer marketing team where she captured and shared how customers are driving modern approaches to today’s toughest business challenges. Ally holds a BSBA in Marketing from Elon University.

By Jessica Martinez Each month, we’ll highlight one of the founders of Okta Ventures’ portfolio companies. You’ll get to know more about them and learn how they work with Okta…

By Alvin Lin Okta customers include some of the world’s leading brands, all leveraging Workflows to automate highly complex, identity-centric business processes – enabling…

By Channing Thompson Recognizing Ten Leaders Who Went Above and Beyond At Okta’s annual Identity conference, we have an opportunity to celebrate all of our customers, but the…

By Garoon Gibbs-Racho Welcome to our Founders in Focus series, where each month we highlight one of the founders of Okta Ventures’ portfolio companies. You’ll learn more about them…