To fulfill its mission of helping people in crisis around the world, Crisis Text Line must grow its community of volunteer Crisis Counselors. Legacy infrastructure stands between volunteers and the lifesaving services they provide.

Crisis Text Line IT looks for an identity solution that can help smooth the volunteer onboarding process and scale quickly. Uptime is critical for texters in crisis and their counselors. The team chooses Okta because of its reputation for stability.

Today, Okta Authentication, Okta Authorization, and Okta User Management offer single-sign-on access to nearly all the applications that employees and volunteers need for their lifesaving work, while maintaining secure control over sensitive information.

Okta Adaptive Multi-Factor Authentication adds another layer of security across all applications, while Okta Lifecycle Management adds automated provisioning and deprovisioning workflows. Now, the team can manage identities securely while expanding their critical work around the world. 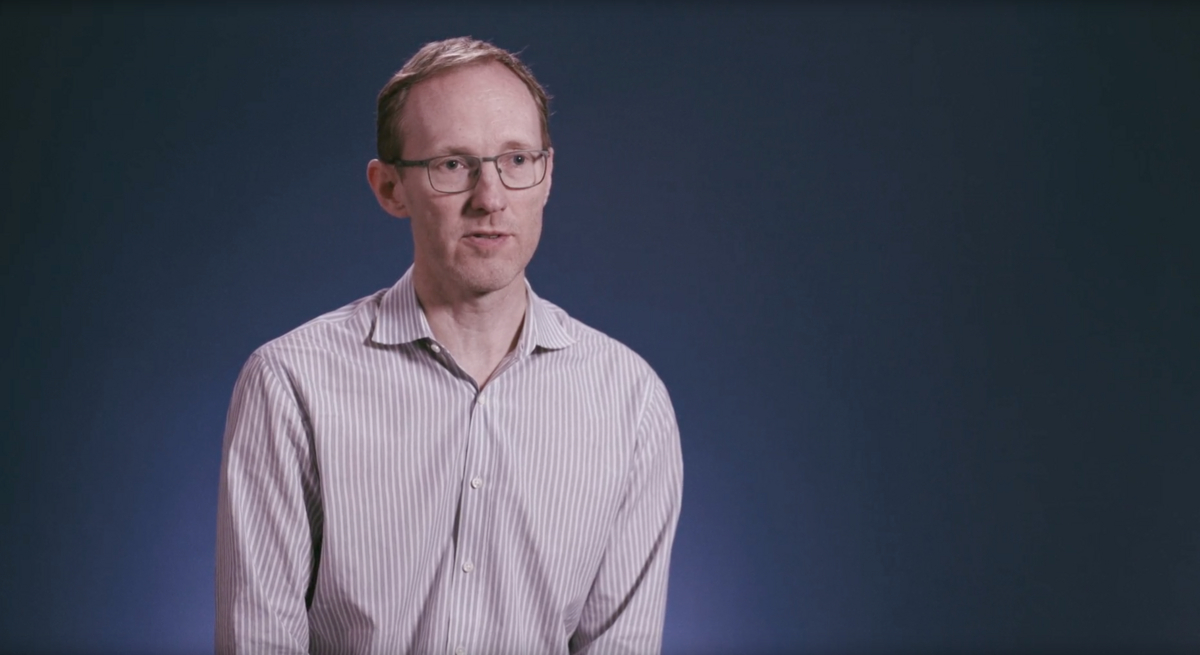 A growing community of committed volunteers

Crisis Text Line’s volunteer counselors go through an extensive application and training process before dedicating four hours out of every week to work directly with people in crisis. Crisis Text Line partnered with Okta to ensure that these selfless volunteers can seamlessly and securely access their resources—anywhere, anytime.

Okta provides the security to put volunteers through the onboarding process, to allow them to become Crisis Counselors. which are the heart of everything.

Many people today, particularly those younger than 30, would rather text than talk on the phone—especially when it comes to sensitive topics. That’s why Crisis Text Line is creating the world’s largest all-text crisis platform. If the team at this nonprofit organization has their way, soon anyone anywhere in the world who is experiencing a “hot moment” will have access to critical, lifesaving resources when they’re in crisis.

Crisis Text Line is already having an impact. Every day, their 20,000 counselors help people in abusive situations, or those navigating depression, grief, thoughts of suicide or stressful relationships. They even helped break up a sex trafficking ring in California.

It’s a tough and fulfilling job. As the organization grows around the world, it attracts more volunteer counselors and helps more people in crisis. After five-and-a-half years, Crisis Text Line announced in March 2019 that it had handled more than 100 million messages. Founder and CEO Nancy Lublin expects to double that number in 2020.

To meet increased demand, Crisis Text Line needs to scale the onboarding and training process for its volunteer Crisis Counselors. “The larger we can grow that volunteer base, the more people we can help,” says Jason Bennett, Chief Technology Officer at Crisis Text Line.

The organization, which started in the United States, now has affiliates in the UK and Canada. By early 2021, Crisis Text Line will be in 15 countries. “Our goal is to build a global, multi-tenant platform that connects any texter anywhere in the world to a crisis counselor who is also anywhere in the world,” says Bennett.

Inspiring volunteer opportunities—with too many roadblocks

While the organization is based in New York City, its technology platform allows counselors to do their work from anywhere, at anytime. “Technology is at the heart of what we do,” says Bennett. “People can be in their pajamas in Alaska counseling someone in Florida, and that’s possible because of technology.” His small, 13-person team focuses on finding technology partners who can help them do more with less.

Crisis Text Line’s volunteer Crisis Counselors receive a minimum of 30 hours of training in active listening, collaborative problem solving, and crisis management. They join a community of dedicated people from all walks of life, committed to taking one four-hour shift each week to help those in crisis.

Onboarding qualified Crisis Counselors smoothly and efficiently is crucial to the organization’s mission. In addition to training, Crisis Counselors submit to background checks and a thorough application process before Crisis Text Line considers them “platform ready.”

When Bennett came on board in 2016, Crisis Counselor onboarding was anything but simple. “We had a bunch of different accounts—Drupal for the application process, Google Hangouts for part of the training process, another part on Instructure,” he says. “People had to remember all of those URLs and the credentials for each. There was a tremendous amount of friction, and it wasn’t particularly secure because people would use the same password across all of them.”

Bennett knew that finding the right identity and access management partner would be central to streamlining and securing the onboarding process, so he evaluated several providers. The team needed a comprehensive solution that would scale rapidly and offer employees and volunteers unified, single-sign-on access to all the applications they needed, while keeping private information extremely secure.

Platform stability was crucial. Imagine being a person in crisis, and suddenly your one lifeline—the counselor at the other end of the text message—loses connectivity. “Up-time has new meaning for me in this job,” says Bennett. “For some organizations, if the platform goes down it’s not life or death. Here, it actually does come down to that.”

“Based on all the research I did, I felt like Okta would be very stable,” says Bennett. The Crisis Text Line team decided to implement Okta’s customer identity products for employees and volunteers across the organization.

Today, Okta Authentication, Okta Authorization, and Okta User Management offer single-sign-on access to nearly all the applications that employees and volunteers need—from third-party cloud applications to custom-built OpenID Connect solutions. At the same time, Crisis Text Line IT maintains secure control over who has access to what, to protect sensitive information.

“We needed a solution that allowed people to be in multiple locations, using multiple applications, but still just have to go to one place,” says Bennett. “Okta provides that seamless, one-stop-shop access for us, with one log-in for everything.”

Okta Adaptive Multi-Factor Authentication (MFA) adds another layer of security. The organization requires MFA for both Crisis Counselors and employees, across all applications. “Almost everything we use is in Okta, so that’s no problem,” says Bennett.

“We started with employees, to test the solution,” he says. Many of Crisis Text Line’s applications are designed in-house or are extremely unique, so the team used Okta’s Customer Identity solutions to build those connections.

After testing Okta thoroughly with employees, the team rolled it out to all 20,000 Crisis Counselors. Because reliability was such a high priority for Crisis Text Line, Bennett had the team build a back door into Okta. If the service ever went down, they could still access the Crisis Text Line platform.

In two years, says Bennett, “we’ve never had to use that back door.” The Crisis Text Line team uses a lot of third-party software, so they know what a great partner looks like. “Okta has been the most reliable one, and the one that’s worked with us the most in the way we expected,” he says.

Bennett says Crisis Text Line employees appreciate how easy it is to access their work now. “We just go to one place for everything,” he says. It’s a quick and easy solution for sharing information, since it’s in the place where everyone goes to access all of their other work systems.

Crisis Counselors likely didn’t notice too much difference after the Okta implementation, which is how it should be, says Bennett. “Okta makes the process of becoming a crisis counselor substantially easier. That was the driving factor.”

The Crisis Text Line team also implemented Okta Lifecycle Management, which allows them to automate provisioning and deprovisioning workflows for apps, such as Zendesk, for employees and volunteers.

“Okta helps enhance our mission because we are bringing volunteers on at a rapid pace,” says Bennett. “Without Okta managing the acquisition pipeline, that process would involve so much manual work from so many different people that our capacity to bring on new Crisis Counselors would be substantially reduced.”

As the organization grows, it becomes more important to quickly deprovision employees and volunteers, as well. “Sometimes Crisis Counselors are terminated,” says Bennett. “We needed a simple way to turn off their access, and Okta makes that really trivial. You just go in there, find their name, suspend them, and they no longer have access.”

Going beyond identity to help people in crisis

While Okta has delivered solidly on the team’s IAM expectations, Bennett says he’s been surprised at some unexpected benefits, including the Okta Integration Network. “There are thousands of apps that we can just plug in directly,” he says. “As we continue to expand and add new things, timelines are greatly reduced.”

Okta for Good is another benefit. When he was bringing Okta on, Bennett was so focused on the technology that he didn’t bother looking into its support program for nonprofits. “I became aware of Okta for Good in the past year,” he says. “I didn’t think it would be as valuable as it has been.”

Today, as part of that program, Bennett’s team is participating in a pilot for pro bono Okta Professional Services. “My team is well-staffed as an engineering organization, but many nonprofits aren’t,” he says. “Having professional services teams that can help when they run into snags, or even during the implementation phase—that’s huge.”

Okta promotes the organization to its network, as well, hosting a Crisis Text Line event at their headquarters a couple of weeks ago. The company brought in employees, customers, and partners who were interested in volunteer opportunities at Crisis Text Line.

“These things are incredibly valuable,” says Bennett. As Crisis Text Line continues to expand its lifesaving platform to reach people in crisis around the world, he expects the organization’s use of Okta technology to “scale parabolically.” Knowing that Okta is committed in fundamental ways to the organization’s vision and mission gives him even greater confidence in the partnership.

“For a nonprofit with resource constraints, knowing there’s a company out there that’s a core part of your infrastructure, that has your back and understands what you’re trying to do—it makes a huge difference,” he says.

At Okta, we’re proud to be part of the Crisis Text Line story. It’s not just about helping people in crisis—it’s also about empowering everyday people to make a real difference in the world.

Since 2013, Crisis Text Line has provided free, anonymous, 24/7 support for people in crisis. Its community of 20,000 volunteer Crisis Counselors in the U.S. has exchanged more than 100 million messages. The organization has collected one of the largest health data sets in the world and uses it to improve outcomes for people in crisis. Crisis Text Line has affiliates in the U.K. and Canada and plans to expand into four additional regions of the world by early 2020.