apps integrated into one identity solution

To meet the demands of its innovative global workforce, News Corp sets a goal of putting 75% of its computing power into the public cloud.

After the company moves to best-of-breed cloud apps including Google Apps, Dropbox, and AWS, it sets out to find an identity provider to provide secure, easy access for employees around the world.

Okta makes it easy for employees to access applications securely. News Corp adds multi-factor authentication to the mix for additional security, when required.

The company adds Universal Directory and Provisioning to its Okta solution, automating 70% of provisioning tasks and getting new employees up and running about two hours faster.

News Corp begins incorporating Mobility Management and develops a long-term roadmap for its Okta partnership, including integration with customer-facing products. 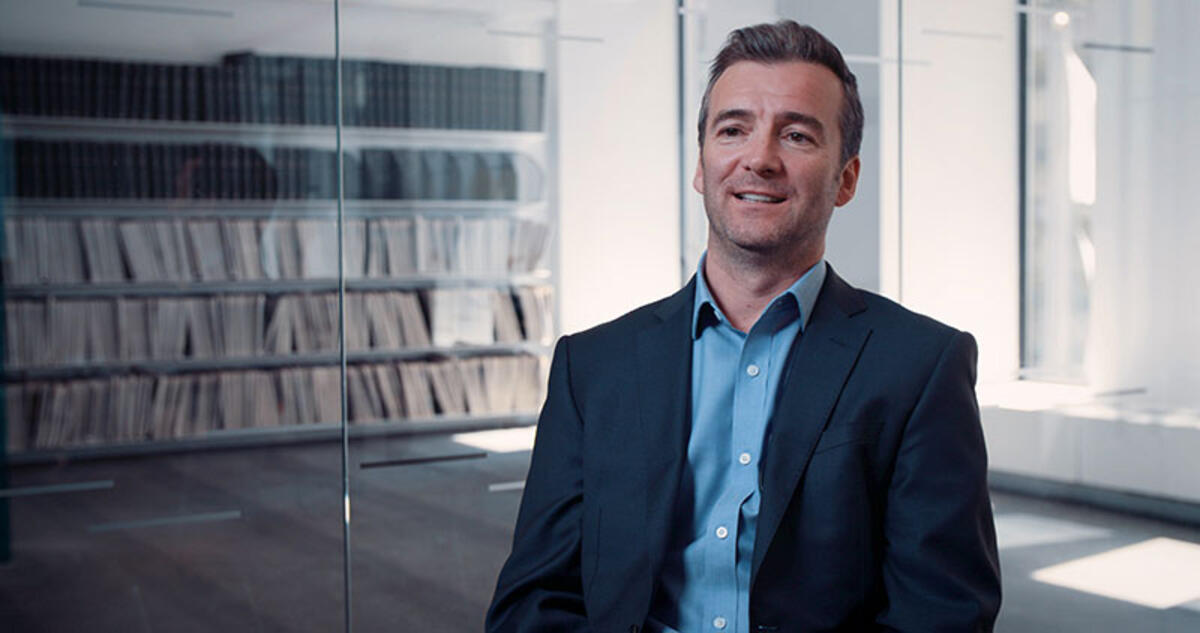 Collaboration across the global enterprise

News Corp is expanding its media business to include online real estate services, digital ad tech, and marketing solutions. Okta helps all those business units share content and products, so that the company can realize the value of acquisitions more quickly.

Okta makes it easier for us to roll out capabilities consistently to all our business units, so that we can get brands working together globally wherever we need them to.

A growing media and information company

As a global media organization, News Corp is a poster child for digital innovation. compelling and timely content is the goal, which makes information security a top priority for its companies. Add to that the rapid transformation from print to digital and all the pressure to identify reliable business models, and you have a situation where daily, unrelenting change is a fact of life.

In 2013, News Corp separated into two distinct organizations. 21st Century Fox became a separate world-class media and entertainment company, while the new News Corp focused on development and expansion of its global publishing assets. The company had long included traditional media brands, such as Dow Jones, The Wall Street Journal, Barron’s, The Times of London, and book publisher HarperCollins. Now, it would expand further into real estate, digital ad tech, and marketing solutions.

News Corp customers are diverse, as are its 25,000 employees, who now show up for work in offices around the world. When Dominic Shine became CIO in 2013, the company’s enterprise technology stack was failing to keep up with the people it was trying to serve. Each company was pursuing its own technology strategy and solutions and employees were also using their own solutions, e.g. Dropbox, to enable them to work easily out of the office.

Information security is really important for a high-profile media organization. Ramin Beheshti, Head of Enterprise at Dow Jones, is partly responsible for keeping the privacy of the company’s employees secure. “Attempts to get their passwords, to get access to their emails and other applications, that’s been a cause of concern,” he says.

News Corp set itself a goal of putting three-quarters of its computing power into the public cloud, to help modernize its infrastructure and make the company more agile and responsive to employee needs. They selected Google Apps for email and collaboration, harnessing the experience of one business unit that had been using it successfully, and exporting it to the rest.

The company followed a similar pattern with Amazon Web Services (AWS) and Dropbox, identifying successful solutions within pioneering business units and using them as a model for modernizing the employee experience. The strategy worked to secure those solutions and put them under IT control—but, for employees, getting to them on a daily basis was another issue.

By 2013, the News Corp IT environment was patched together with six different single-sign-on solutions and a growing number of pins, passwords, tokens, and access points for users to keep track of.

“Identity was a real impediment to productivity,” says Shine. “Security access to systems was cumbersome. People were unable to work easily when they were not in the office. This was a major issue for a company that needs to be always on 24 x 7.”

Needless to say, when News Corp IT set out to find a new identity partner, the last thing they wanted to do was add another single-sign-on solution. “We wanted something that would replace the other sign-on solutions,” says Beheshti. “We wanted to see a track record of investment in the product, and we wanted a cloud provider.”

User experience was paramount, but the team needed to strengthen security at the same time. Flexibility and choice were high on the list, as well. “The software market is fast-moving. Solutions we take for granted today may be superseded by better solutions in the coming years,” says Shine. “What’s really important is that we have a consistent framework, but we can swap out individual applications or components to make sure we are always giving our business users the best possible solutions.”

The team looked at identity solutions from Okta, Microsoft, and Google. “Microsoft was okay if you’re a Microsoft shop, but wasn’t particularly open if you look at the wide range of other solutions that a company like News Corp needs,” says Shine.

By comparison, the News Corp team found Okta to be “the Switzerland of the identity access software world.” Shine says Okta “provided really good access to a very large number of applications and was clearly committed to ensuring that open access as the market developed.”

In August 2015, News Corp rolled Okta out to one business unit for an initial trial. The pace picked up quickly after that. In nine months, the company deployed Okta to all of its businesses, replaced some existing SSO solutions, and connected more than 150 apps to the Okta platform. “That was much further than we anticipated to go in the time frame we’ve had,” says Beheshti.

As employees got used to using Okta as a single point of entry to their apps, it became easier to introduce other tools, releasing them on the Okta platform where people could see them.

“It’s interesting,” says Shine. “Okta now has its own identity within the organization. People relate to new capabilities being added to Okta. It has become a unifying force in allowing people to understand the applications that are available.”

“We have the best of both worlds,” he says: A consistent set of hero applications common to everyone in the company, as well as ways for individual business units to easily deploy applications specific to their context. For IT, Okta offers secure access to News Corp’s cloud infrastructure and storage capabilities, which are primarily on AWS.

With Okta, News Corp doesn’t have to choose between security and the user experience. Because the system works and they have fewer credentials to remember, News Corp employees are much less likely to look for workarounds. The team deployed multi-factor authentication together with SSO, which gives vulnerable users and apps an extra layer of security.

“There are very few times in IT when you come across a silver bullet,” says Beheshti. “Okta is a fan favorite amongst my team and across the business because it solves the two pillars of usability and security.” Employees who were typically skeptical about new IT solutions now stop Beheshti in the corridor to tell him how much Okta has improved their ability to access their apps and get work done.

Having a reliable, unified SSO solution has changed the landscape for News Corp IT, as well. Password reset requests have been significantly reduced, and at least one full-time staff member, formerly dedicated to managing and administering SSO systems, can now focus on more strategic work.

Productivity is on the rise. News Corp employees used to suffer from up to 10 application access outages every year, lasting 30 minutes each. There are no such outages with Okta. With the time saved by people not being locked out because of password confusion, the benefit is significant.

A whole greater than the sum of its parts

Openness and the ability to connect to existing and future solutions are key for a company looking to expand its business into new markets globally. That’s true whether you’re talking about one business unit adding to its mix of apps, or a parent company acquiring a new business.

Okta has already revolutionized the way News Corp can onboard newly acquired companies, says Shine. “Before we had Okta, when we bought a new company it took a long time to get that organization onto the same approach around identity and security, and to get them using the same tools.” Okta makes that process much faster and more efficient, saving the company over 1,000 hours each year on synchronizing and consolidating domains after M&A activity. Today, the company can share content and products across business lines, and realize the value of an acquisition more quickly.

“Okta plays a key role in this because it is the front door to those applications and those services,” says Shine. “We can make the teams more efficient, and increase the velocity of the transformation we’re driving.”

A roadmap to mobile and beyond

With global SSO and MFA steadfastly underway, the team is adding Universal Directory and Provisioning to its identity portfolio. “For some of our business units, onboarding and provisioning is a very manual process,” says Beheshti. “That causes issues not only for the hiring manager, the person coming on board—but also things like auditing, in terms of who has access to which applications.”

Over time, News Corp IT plans to minimize the need for Microsoft Active Directory. With Universal Directory, the company can automate 70% of provisioning tasks. Already, new News Corp employees are up and running on their apps about two hours sooner than they had been before.

Automated provisioning includes deprovisioning, of course, which adds to the security boost: One update to the master directory, and an administrator can quickly remove access to both on-prem and cloud apps. Provisioning also includes extensive reporting and visibility into News Corp’s entire IT environment.

The company also has Okta Mobility Management in its sights. “News Corp has a very simple view on mobile,” says Shine: “Mobile is the platform as we go forward.. This is also true for the consumers of our products… Working in a mobile context for many people now is the primary way that they work. For any tool that we choose to deploy, it’s important that mobile is core to that product’s architecture - that the product is fundamentally designed to work really well on mobile, as opposed to being an afterthought.”

The team looks forward to gaining greater security over how employees use their mobile devices, guiding them with News Corp policies and procedures without intruding on their privacy. IT estimates a significant bump in productivity as employees gain easier access from anywhere, on whatever device they happen to have at hand.

Beheshti is also looking at introducing Okta integration into News Corp customer products, starting with B2B interactions, such as ad sales. Looking at the News Corp family of companies, you can see how those secure connections could eventually reach consumers and business people at every moment of their day.

News Corp is a global, diversified media and information services company focused on creating and distributing authoritative and engaging content to consumers throughout the world. The company comprises businesses across a range of media, including news and information services, book publishing, digital real estate services, and cable network programming and pay-TV distribution in Australia. Headquartered in New York, News Corp conducts business primarily in the United States, Australia, and the United Kingdom.