The identity company that stands for trust

We make customers successful by enabling them to securely use the best technologies for their business.

Okta is the leading independent provider of identity for the enterprise. The Okta Identity Cloud enables organizations to securely connect the right people to the right technologies at the right time. With over 6,500 pre-built integrations to applications and infrastructure providers, Okta customers can easily and securely use the best technologies for their business. Over 7,950 organizations, including 20th Century Fox, JetBlue, Nordstrom, Slack, Teach for America and Twilio, trust Okta to help protect the identities of their workforces and customers.

Okta’s culture is built on our vision, people and values. Our vision is to be the platform that enables any company to adopt any technology, and our people are the builders and owners who will bring that vision to life. While working towards that vision, our people embody our values of customer success, innovation, transparency and integrity. 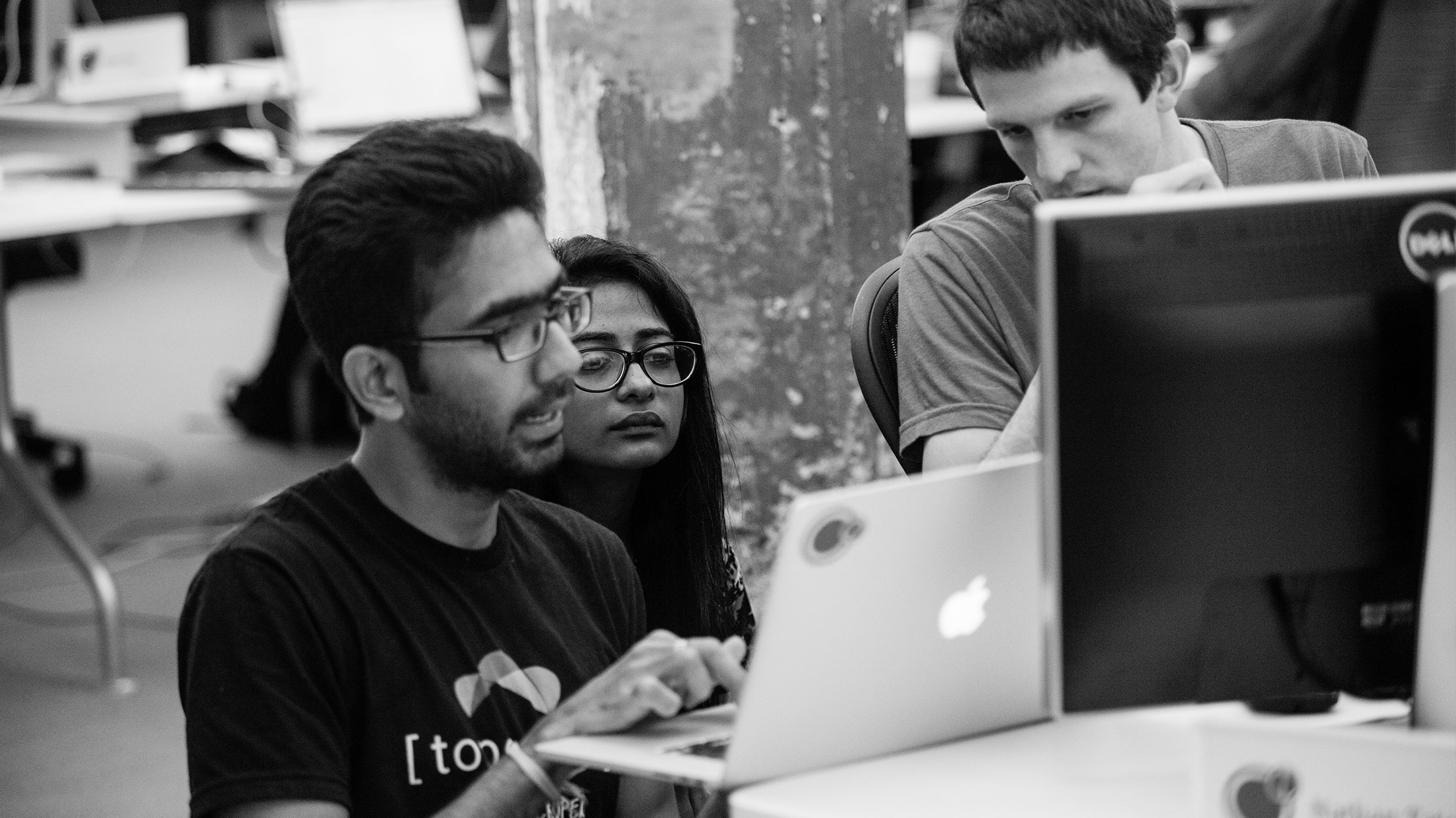 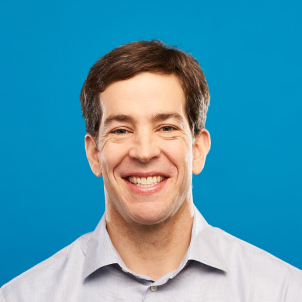 Todd McKinnon is the CEO and co-founder of Okta, the leading provider of enterprise identity, which he co-founded in2009 with Frederic Kerrest. Under Todd’s leadership, Okta has transformed the way millions of people access technology and put identity at the forefront of security. 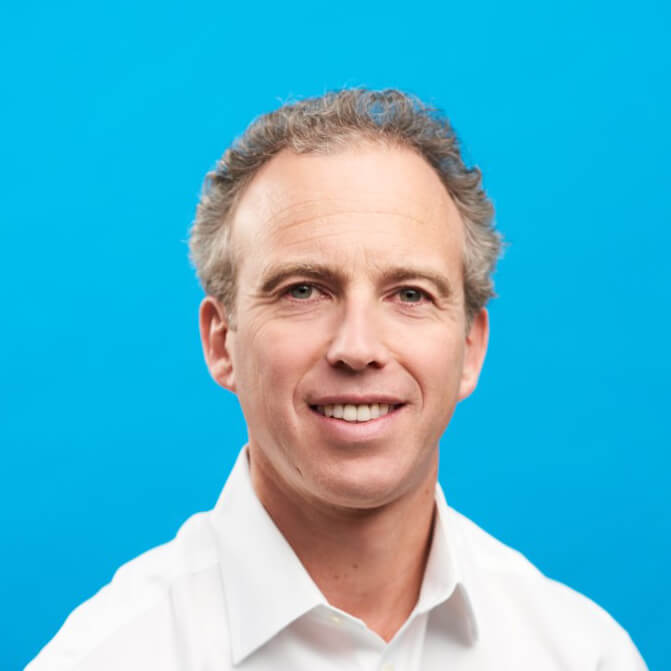 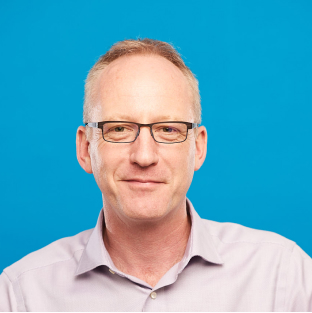 He earned a B.E. in computer science from the University of York. 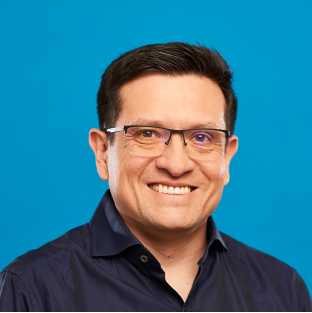 Hector Aguilar is the President of Technology at Okta. As President, Hector is responsible for running engineering and technology for Okta, developing strategic planning for the direction of product development activities and managing the engineering team.

Prior to Okta, Hector served in a variety of roles at ArcSight since its inception, driving technology development as the CTO and Vice President of Software Development for the company during its successful IPO in 2008 and after its acquisition by Hewlett Packard. Hector also has experience in software engineering and management at Impresse, ICA, Grupo Televisa and Ericsson, bringing over eighteen years of networking, security and software development experience to Okta. 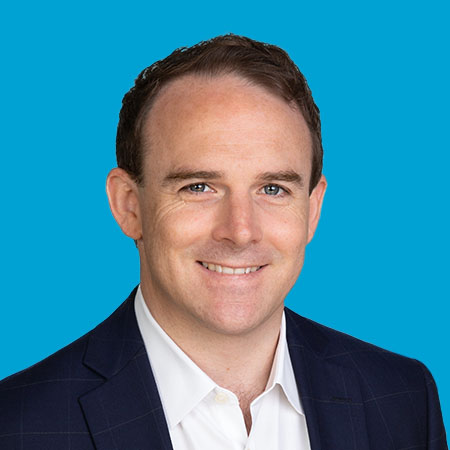 David Bradbury is Chief Security Officer at Okta. As CSO, he leads overall security execution for the organization and his team is responsible for navigating the evolving threat landscape to best protect employees and customers. In addition, he is instrumental in helping Okta’s customers continue to adopt and accelerate Zero Trust security strategies.

Prior to joining Okta, Bradbury was Senior Vice President and Chief Security Officer at Symantec where he led and had global oversight of all cyber security and physical security programs.

Bradbury has built an international reputation for leading and delivering cybersecurity at scale. He has worked across his native Australia, as well as in the United Kingdom and the United States, leading highly-regarded security teams at some of the world’s largest banks, including ABN AMRO, Barclays, Morgan Stanley and the Commonwealth Bank of Australia. He holds a B.S. in Computer Science from the University of Sydney. 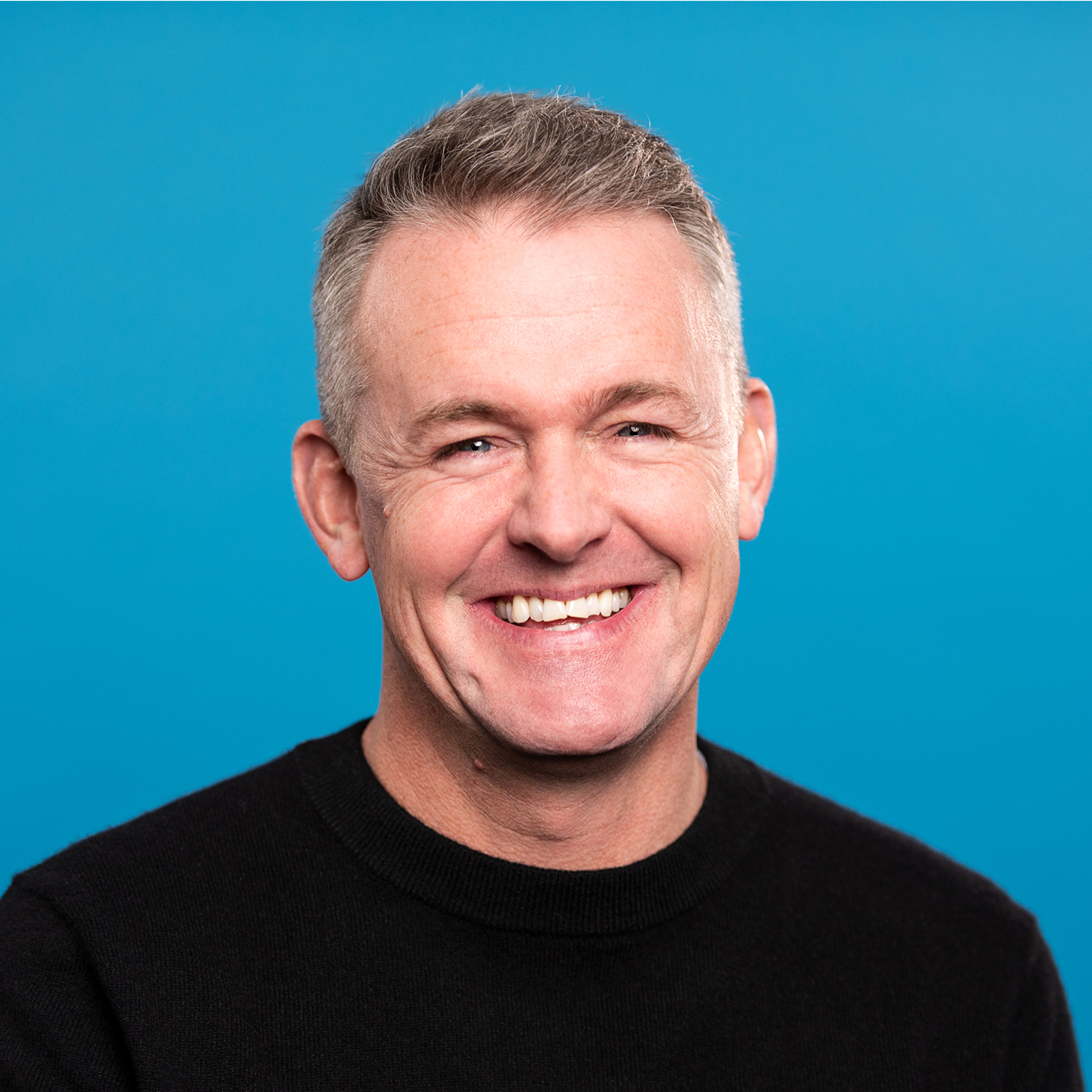 Ryan Carlson is the Chief Marketing Officer. He oversees all aspects of Okta’s global marketing function, including product marketing, field enablement, demand generation, sales development, corporate marketing and pipeline operations. His team is responsible for building the brand and creating customer demand in markets around the world.

Before joining Okta in 2011 to lead product marketing, Ryan built marketing and product organizations at startups and technology companies, such as Redwood Systems, Xilinx, Velio, and Cypress.

Ryan received his MBA from Columbia University and his BS in Electrical Engineering from the University of Colorado. He lives in Oakland with his wife and two young daughters. A few of the hobbies he has given up include backpacking, fly-fishing, and exercise. 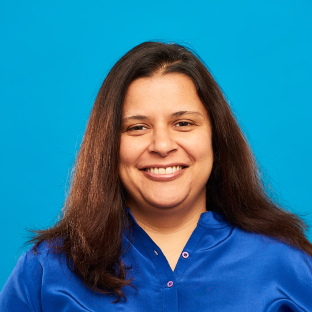 Diya Jolly is Chief Product Officer at Okta. As CPO, Diya leads product innovation for both workforce and customer identity. She plays an instrumental role in furthering Okta's product leadership, enabling any organization to use any technology.

Diya joined Okta from Google, where she was Vice President of Product Management, driving large-scale adoption for some of the company’s most critical products including Google Home, Nest, YouTube monetization and Gmail monetization. She served in those roles from 2011 until 2019. Previously, Diya was Vice President of Product at FreeWheel and held various product roles at Microsoft and Motorola. Diya received her MBA from Harvard Business School and attended the University of Michigan as an undergraduate. 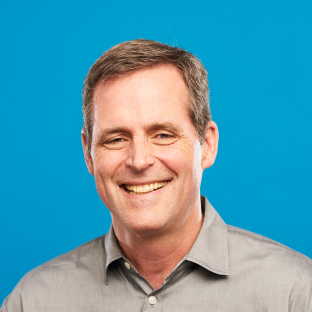 Bill Losch is the Chief Financial Officer at Okta. As CFO, Bill manages Finance, Investor Relations and Workplace Services. He also plays an instrumental role in managing the company’s continued growth and expansion into new markets.

Prior to Okta, Bill served as CFO at MobiTV, Inc., a leading technology platform provider of multiscreen video delivery services. Bill also served as the Chief Accounting Officer at DreamWorks Animation, SKG, Inc., as Vice President of Finance and Chief Accounting Officer at Yahoo! Inc., and has held various leadership positions at Universal Studios, Inc. and KPMG, bringing to Okta more than 20 years of corporate financial experience. Bill currently serves on the board of directors of Druva, Inc.

Bill earned his bachelor’s degree in economics from the University of California, Los Angeles, and is a licensed CPA (inactive) in the State of California. Bill also enjoys running, hiking, and all Bay Area sports teams. 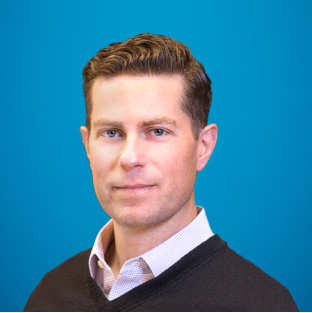 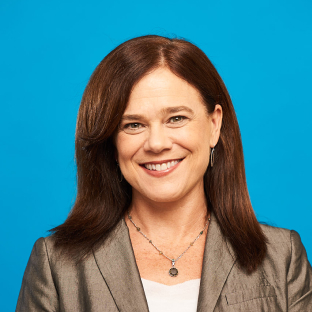 Angela Grady is Executive Vice President & Chief of Staff to the CEO at Okta. She is responsible for driving the company’s strategy and planning process and has oversight for all company execution. She works closely with the CEO and executive team to advance the company’s top initiatives that involve multiple functional groups, ensuring we achieve results.

Angela brings 30 years of experience to Okta, with a background in global operations, professional services, sales and marketing. She is a passionate, driven leader who thrives on building successful, cross-functional teams and delivering outcomes at both strategic and tactical levels.

Prior to joining Okta, she spent 9+ years at Salesforce.com, building out their professional services operation and growing it 10x during her tenure. She went on to create a core operations function for Salesforce's emerging businesses, including Data.com and the Marketing Cloud, helping to integrate them as well as to run the day-to-day operation of these organizations. Prior to Salesforce, she spent almost a decade at Sun Microsystems and built its analyst relations function from scratch.

Angela earned her bachelor's degree in English Literature at the University of California, Los Angeles. She enjoys cooking, running and traveling the world with her family. 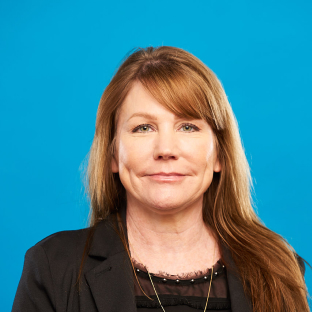 Kristina brings more than 20 years of human resources experience to Okta and has worked across a variety of industries, including technology, software, consulting and engineering, ranging from start-ups to large multi-national established businesses. She is an experienced leader of global teams and adept at driving change management across diverse regions.

Prior to joining Okta, Kristina oversaw the international human resource function for EnerNOC, a leading provider of energy management software, where she was the HR lead responsible for executing several mergers and acquisitions from early due diligence through long-term integration.

Kristina earned her Bachelor’s degree in English Literature and Master’s Degree in Business at California State University of East Bay. Outside of Okta, she enjoys exercising, golfing and spending time with her family.

As General Manager, EMEA, Jesper Frederiksen is responsible for driving Okta’s growth in Europe, the Middle East and Africa. He is also tasked with developing and retaining talent, driving customer success, giving back to the local community and increasing Okta’s brand awareness in the region.

Jesper brings more than 25 years of sales, technology and leadership experience to Okta, most recently spending four years with DocuSign, leading the company’s expansion across EMEA as Vice President and General Manager. Prior to DocuSign, Jesper held various leadership roles at Parallels, Symantec, Google and NetIQ.

Outside of work, Jesper enjoys running, playing golf, reading and traveling. Having lived in Denmark, Germany and the UK, Jesper considers himself a “true European.” 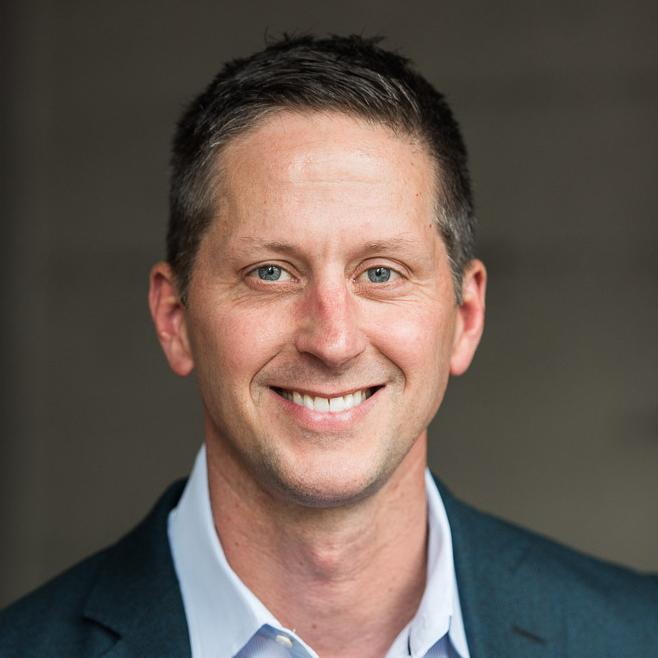 Mr. Kramer earned his Bachelor of Science in accounting from California Polytechnic State University, San Luis Obispo, and is a licensed CPA (inactive) in the State of California. Mr. Kramer enjoys running, biking, surfing and other outdoor activities.

Hear from our developer community