The City of L.A. transforms the way it digitally connects residents with the new Angeleno Account

The Information Technology Agency (ITA) for the City of Los Angeles (L.A.) serves millions of residents across hundreds of square miles. Digital services are increasingly essential, and security is a big concern. Before Okta, siloed legacy systems presented an obstacle to providing the access and security one would expect from a leading global city.

Framework for bringing a city together

ITA set out to build the Angeleno Account, a central platform designed to digitally connect city services, improve access, and enhance security. They chose the Okta Identity Cloud as its foundation because of Okta’s ability to scale and provide secure identity and access management (IAM) to meet the needs of the entire city.

The Angeleno Account—powered by Okta

Phase One of the new Angeleno Account, built on Okta, delivered a streamlined business procurement system, rolled out to 100,000 users. The new platform ushered in a new era for L.A. city services, providing a modern, standards-based security infrastructure for new and legacy digital applications.

Everything L.A.—all in one place

Today, Okta is helping the City of L.A. move at the speed of business and improve quality of life for everyone. The Angeleno Account is expanding rapidly to cover more city services and with Okta, it’s increasingly simple for L.A.’s 43 city departments to put SSO and MFA behind their apps and make them more secure and easier to access.

For government, data is our gold. The integrity and security of that data is what I need to protect.

To serve that diverse constituency, city administration includes 43 different departments with 43 different missions. While two-thirds of those departments have their own IT staff, the ITA team provides centralized, enterprise functionality and has a mandate to align departments to improve access to city services.

Joyce Edson, ITA’s deputy CIO and executive officer, joined the City of L.A. in 1985. “We’ve been working since the great recession of 2008 to modernize the city’s digital experiences,” she says. “We were plugging away at that process pretty much at the department’s pace, and then Covid happened.”

She says they had about a two weeks’ heads-up before the city issued an official stay-at-home order. In that time, they enabled 18,000 city employees to work from home using various identity management and VPN access systems.

Since then, the pressure has been on to simplify and digitize every aspect of government. “The pandemic kicked us into high gear and brought forward the importance of identity from a security perspective,” says Edson.

In its quest for friendlier public services, the city faces a huge number of constituents and with broad geographic, linguistic, and ethnic diversity. “Because we are so spread out and so diverse, digital communication is essential,” says Edson. “We have to be there for people when they need us and how they need us.”

With so many users interfacing with the system, reliability and simplicity are essential, but security is a big concern, as well. “As a large city, we are inherently a target,” she says. “We try to be proactive rather than reactive, but governments have historically been slow-moving.”

The city’s disparate legacy systems provide varying levels of security and access, and cumbersome security protocols often add to developer costs. Siloed systems also make it difficult to get a holistic picture of constituent needs and behaviors, so that administrators can adjust and respond.

While constituents demand simple, user-friendly city services, they often resist change when it affects ingrained behaviors. Many city applications that have been introduced over the years command a dedicated following, so updating them can be a sensitive process.

Framework for bringing a city together

“Our goal in the Information Technology Agency is to provide a framework that allows everybody to come together as one city,” says Edson. To that end, the team set out to create the Angeleno Account—a central platform that would connect city services digitally, making access easier and more secure.

Identity management would be foundational for the platform, so choosing the right partner was critical. “We wanted an identity management platform that could support single sign-on (SSO) with multi-factor authentication (MFA), so that kicked off a discovery process,” says Kevin Cheng, who leads cloud operations at ITA.

The team selected Okta because it offered enterprise-grade identity management that could scale to meet the needs of the entire city. Okta’s cloud-based services allowed the team to envision a government that could move at the speed of business, while protecting constituent data with a Zero Trust strategy that makes identities the perimeter, rather than network systems.

“For government, data is our gold,” says Edson. “The integrity and security of that data is what I need to protect.”

The Angeleno Account—powered by Okta

With Okta, ITA can integrate application access and unify identities over different stores. The solution also allows the team to move away from LDAP, which had required users to connect to on-prem Microsoft Active Directory stores using a VPN.

Another critical initiative that had a big impact was the integration of two applications that drove the city’s business procurement process. The first is L.A. Business Assistant Virtual Network (LABAVN) which enables city managers to post contracting job opportunities and receive bids from businesses. The second application houses the required forms that need to be submitted by contractors into LABAVN.

“The prior process was a cumbersome and disjointed user experience,” says Cheng. Okta enables the team to create a more user-friendly experience for city contractors by eliminating the need to toggle between the two applications with two disparate logins. “We could see that by layering that type of application integration with MFA, we could build a robust and secure identity management platform,” says Cheng.

Edson says it has been important to build trust with the community, who may be hesitant to share personal information with their city government. “The initial implementation was just the bare bones,” she says. “If you’re interested in seeing what kind of jobs the city has available to bid on, you can register with some basic information about you and your business. If you decide to respond to a bid opportunity, that information will be pre-populated into the forms you need.”

The team started with a 60-day soft launch of the new, streamlined LABAVN, and then rolled the Angeleno Account out to 100,000 business users. Today, the Okta-powered Angeleno Account has grown beyond LABAVN, connecting services such as the Bureau of Engineering, Fire Inspection Management, and NavigateLA, which offers interactive maps and reports. “Rollout was amazingly smooth,” says Edson. “The response we got back from people was, ‘It’s about time, what a relief!’ I’d say 82% to 85% of folks had no issues at all.”

Edson points out that, while the team is building the foundation for a Zero Trust strategy, they also need to keep the system agile and accessible. Today, MFA is required only to accept payment, but users can opt in to add MFA protection to their accounts.

Okta allows application developers to focus on functionality, rather than on security protocols. “When we talk with our developers about Okta, they get very excited because now they're not having to hook in and create a user account with authorities - which is cumbersome,” says Edson.

Everything L.A.—all in one place

“Cloud has enabled us to move at the speed of business,” she says. “For private industry, that’s old news, but for government, it’s a concept that is just starting to take hold.” Okta allows ITA to take full advantage of the cloud by centralizing identity and access onto a single platform.

The team continues to make it easier for constituents to interact with the city by digitally enabling more services and bringing them onto the Angeleno Account platform. Through that process, they are developing a repeatable model with a standards-based infrastructure that makes it increasingly easy for additional city departments to get on board, putting SSO and MFA behind everything from legacy applications to newly digitized services.

“Not everyone knows who to call when they need a trash bin, or when certain services are required,” says Edson. “This is a way for us to offer a one-stop-shop for city services—to make sure there’s no such thing as a wrong door.”

“I come to work to help make things easier and improve the quality of people’s lives,” says Cheng. “As time goes on, more applications will be available through this portal, and that’s what it’s all about: No more forgetting passwords or searching for old links. It’s all here—in one place.”

About the Information Technology Agency, City of Los Angeles

Los Angeles is the largest city in California and the second-largest city in the United States, with a population of four million people covering 469 square miles. The Information Technology Agency (ITA) works with agencies and departments across the city to develop world-class IT infrastructure and applications that provide citizens, businesses, and visitors with the digital services they expect from a leading global city. 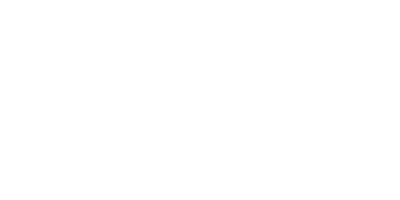