With Okta managing identity access and mobility, kCura can focus on supporting their customers to roll Okta out to 450 employees

reduction in the number of Active Directory accounts created manually

kCura chooses Okta, starting with a 20-user pilot group and integrating 20 key kCura apps. Within six weeks, the program is rolled out to all 450 employees.

Next, kCura implements Okta Mobility Management, making it easy for employees to move from laptop to mobile device and to work from wherever they happen to be.

After an acquisition, kCura integrates new users in a few days. With Okta, IT easily creates a single source of truth for the merged companies. 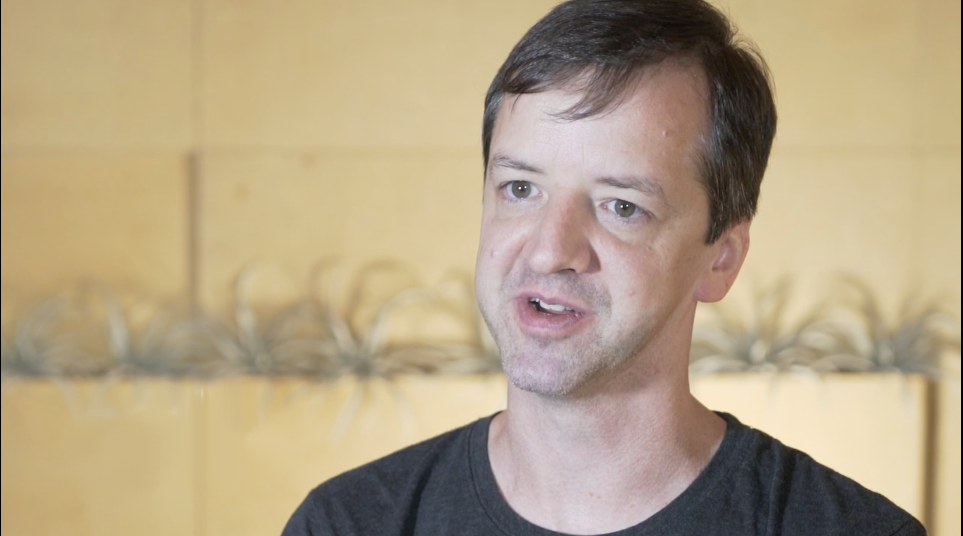 kCura has grown quickly over the years with the success of its e-discovery software product, Relativity. Okta helps IT respond to and anticipate the needs of the business, while making sure that sensitive data remains secure.

The best software today is coming out in SaaS, and traditional IT has not been able to manage it. Okta is solving that problem in a really user-focused way.

A growth-stage company in motion

Ten years ago, kCura disrupted the litigation software market by dramatically raising the standards for how efficiently attorneys could organize and analyze facts, and prepare for court appearances or depositions. e-Discovery professionals, who had been struggling to handle exponentially growing volumes of data, could more easily search through and analyze millions of documents at a time.

kCura offered a flexible, web-based platform when its competitors were still limited to traditional client-server systems, and that made all the difference. The company saw massive adoption rates after launching its flagship product, Relativity. Today, more than 150,000 legal professionals in more than 13,000 organizations use Relativity, including many U.S. government agencies, such as the Environmental Protection Agency, and the U.S. Department of Justice.

When senior IT manager Rob Fischer started with kCura, the company had 35 employees. Seven years later, the number is 700+, with a growing global presence. “The challenges we faced going from 35 to 700 are going to be very different from the challenges we’re going to face going from 700 to 1,000 and beyond,” he says.

CEO Andrew Sieja is known for his drive, and for his cutting-edge mindset. “IT has to take a pretty modern approach to things,” says Fischer. While security plays a huge role, tools that allow employees to access information and do their jobs efficiently is paramount.

Usually, those tools live in the cloud. “The last thing we want to do today is bring solutions on the premises that we’re going to have to support,” says Fischer. But as the company becomes more global, security challenges have multiplied. “It’s difficult to manage remote employees and their access, and it’s also difficult to manage employees in the United States who travel internationally,” he says.

kCura needed an identity management solution that could keep track of international regulations and help IT set tight controls around data access.

To meet those challenges, kCura needed an identity management solution that could keep track of international regulations and help IT set tight controls around data access. But it also needed a way to make employees’ lives easier. “People were logging into 10 to 20 apps a day, typing in their credentials all the time, maybe not remembering them, resetting them,” says Fischer. To keep everyone happy, IT needed to accomplish both objectives flawlessly.

Sieja brought Okta to Fischer’s attention after a conversation with another business leader who had rolled Okta out in eight weeks. The two knew immediately that it was the right move. “They did it in eight,” says Fischer. “I told him, ‘We can do it in six.’ We knew Okta was the market leader. It wasn’t a difficult sell on Okta’s part.”

On Valentine’s Day 2015, kCura IT started with a pilot group of 20 users logging into 20 apps through Okta. Within six weeks, they had rolled the program out to (what was then) all 450 kCura employees. Two years later, Okta manages 840 kCura users accessing 254 apps. The company uses Single Sign-On, Universal Directory, and Lifecycle Management, with Workday as a master, which helps save more than $30K in IT costs every year.

Here’s how it works: Okta integrates with all of kCura’s cloud and on-prem applications. When kCura HR creates a new user in Workday, the information gets pushed to Universal Directory and from there, to Microsoft Active Directory. “Okta creates the users in our domain,” says Fischer. “We run some scripts against them, which pushes the users into the proper security groups, which determines their application access. Okta reads that, and gives them access to all the applications they should have access to.”

Okta has helped kCura cut by 90% the time IT staff spends creating and updating employee accounts. “We have certain applications that we don’t want to distribute to the entire organization,” says Chris Sanchez, DevOps system administrator. With Okta, IT can provision applications according to existing groups within Active Directory. “We’re not spending extra time creating new groups or users,” he says.

We’re able to provision access to apps quickly, and get users access to requested applications much more efficiently.

kCura’s Okta solution builds on the security groups that IT had already set up within Active Directory, so that IT isn’t doing double the work. “Since we implemented Okta and its ties into Active Directory,” says Sanchez, “we’re able to provision access to apps quickly, and get users access to requested applications much more efficiently. Before, we would be going to those users directly and installing applications, setting up accounts. We can now do that directly through Okta.”

On the employee side, says Sanchez, it’s seamless. “They go to Okta, like they do every day. They put in the request, we provision the access (which takes two seconds). They refresh the browser, and they have access to the application.”

Deprovisioning is a matter of one change to Workday, removing the departing employee’s access to all kCura apps and information. If HR puts an end date on a user, Okta pulls that in automatically and deprovisions the users from all access on that day.

Mobility management that works on all levels

kCura added Okta Mobility Management in 2016, a move that is a boon for sales teams travelling internationally, and for employees who like to get a head start on their workday as they ride the L trains into downtown Chicago. kCura provisions an iPad for every new employee, and Okta makes it easy for people to move from iPad to laptop to phone, as needed.

“Now that we’re provisioning all these apps to people, giving them ways to easily access those apps, you see a lot more people bringing iPads to meetings, using them in our Daily Scrum,” says Sanchez. “They’re using them as a tool, rather than just as something to use to watch Netflix or to play Pokemon GO.”

We save many hours, over $100,000 a year in productivity, because users can log into applications via mobile devices or the web.

“We measure success with Okta in several ways,” says Fischer. “We save many hours, over $100,000 a year in productivity, because users can log into applications via mobile devices or the web.” kCura employees gain about 300 hours of productivity a year because they spend significantly less time setting up new mobile devices. Mobility Management automatically configures email, wi-fi, and cloud applications.

The company has also implemented Adaptive Multi-Factor Authentication across the user base, which adds another layer of security to applications and devices, while offering users a range of ways to authenticate access.

“There’s a lot of value in having an integrated data and mobility solution,” says Sanchez. “We don’t have to worry about where our data is going because it’s managed within applications and devices managed by Okta. We’re not so worried anymore if someone loses a device or it gets broken or stolen, because we can easily turn off provisioning for the device, or completely deactivate or remote-wipe it. For us, we know our data is safe.”

As a growing company, kCura has its share of acquisitions—three in the past six years, to be precise. The first two, without Okta, says Fischer, were “pretty painful” on the IT front. But in March 2016, the company bought Content Analyst, a software company in Reston, Virginia. As Fischer tells it, the announcement was made on a Friday—the first notice IT had of the acquisition.

“On Tuesday, our CEO told us he wanted Content Analyst employees using kCura email and Slack as soon as possible. We flew out to do a site visit on Wednesday, and by Thursday night a test team of people were on Slack and had changed their new AD passwords through Okta. By Saturday afternoon, all 38 people in the company were on our Office 365 account, and all their email and Sharepoint content had been transferred over. By Monday morning, things just worked.”

Fischer sees hard value in being able to bring those new users into the company so quickly, and not just in the time saved by removing communication barriers. “The bigger value is one of culture,” he says. “By not letting things languish, and moving them to the kCura domain immediately, they felt like they were part of the kCura family right away. I think that was more important than some of the more technical things that we pulled off.”

kCura continues to roll out Okta features, to integrate more apps, and to make it even easier for kCura customers to “organize data and discover the truth.” At the company’s user conference in late 2016, Sieja announced that kCura’s Relativity software is now SAML + OpenID enabled. This development builds on the kCura-Okta partnership and enables kCura customers to easily integrate with Okta to authenticate their users.

It’s the first step toward extending the identity benefits kCura has realized internally outward to customers and partners.

kCura helps professionals in the legal community organize data, discover the truth, and act on it. They develop thee-discovery software Relativity, which is used by more than 150,000 active users in 40+ countries. Corporations, law firms, and government agencies use Relativity on-premises, in the cloud, or as a hybrid platform—with hosted, on-demand solutions available through a global network of partners.

A delightful Day One for Medallia new hires